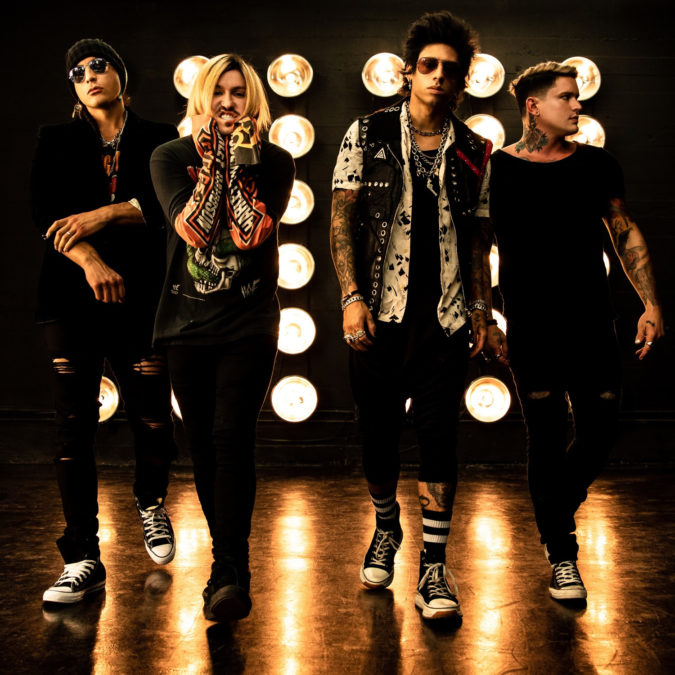 With the release of their seventh studio album Chemical Warfare, genre-defining hard rock outfit Escape The Fate have added yet another chapter to their illustrious career.

For so long considered the ‘bad boys of rock’, Escape The Fate are doing their best to shed that tag and have their music more the focus, rather than their personal lives, and with Chemical Warfare seem to have found that balance perfectly.

Guitarist Thrasher joined HEAVY for a chat, with the early focus of the talk based around Escape The Fate’s current album bearing similarities – in name at least – to one of the legends of heavy metal.

“It’s the best record anyone’s ever heard,” Thrashed exclaimed, tongue firmly planted in cheek. “It’s a tribute to the Slayer album Chemical Warfare… (laughs). “Musically I think we’ve got the same old Escape The Fate energy and vibe that we put into all our records but it’s coming from a different place. We’re all grown up and gone through different experiences on this.”

As for goals going into Chemical Warfare, Thrasher shrugs, illustrating the amount of energy the band put into actual pre-set ideas.

“Just basically to make the best songs that we’ve ever made and have cool material and unique songs that we haven’t done before. We tried not to care too much about expectations.”

In the full interview, Thrasher runs us through Chemical Warfare and the songs released so far, the maturing sound of Escape The Fate, shedding their bad boy tag, his role as co-producer of the album, having Lindsay Stirling (violin) and Travis Barker (drums) as guest musicians, the band’s musical diversity and more.

Watch “Not My Problem” below: