When it comes to wrestling on television Eric Bischoff is your man. Starting as a commentator Bischoff ended up becoming President of World Championship Wrestling (WCF) and eventually General Manager of World Wrestling Entertainment’s Raw brand.

Today Bischoff hosts the 83 Weeks with Eric Bischoff podcast with Conrad Thompson but he will soon be bringing it to Australia as a live show. HEAVY Mag caught up with Bischoff to find out exactly what will be on offer to wrestling fans.

“Well my good friend Bruce Pritchard did a show and a tour in Australia not long ago,” explains Bischoff as we talk about how the tour has come about. “He came back and told me what a blast he had and how much he had had. And I had been some of my own live shows with our 83 Weeks podcast so when I got the call asking if I wanted to come and do three nights in Australia I was chomping at the bit… I am so excited to do it.”

You can listen to our full interview with Eric Bischoff on Spotify.

All the details for his live shows can be found on this page. 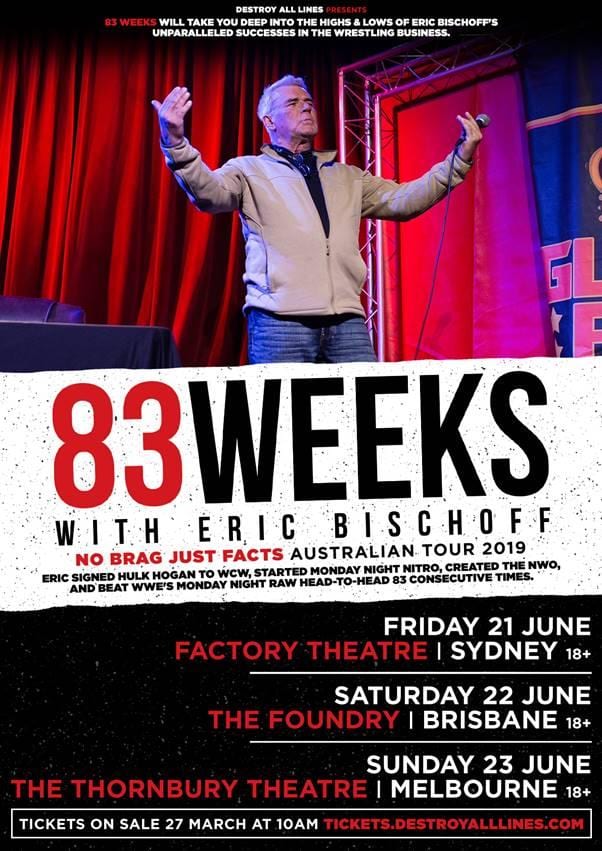