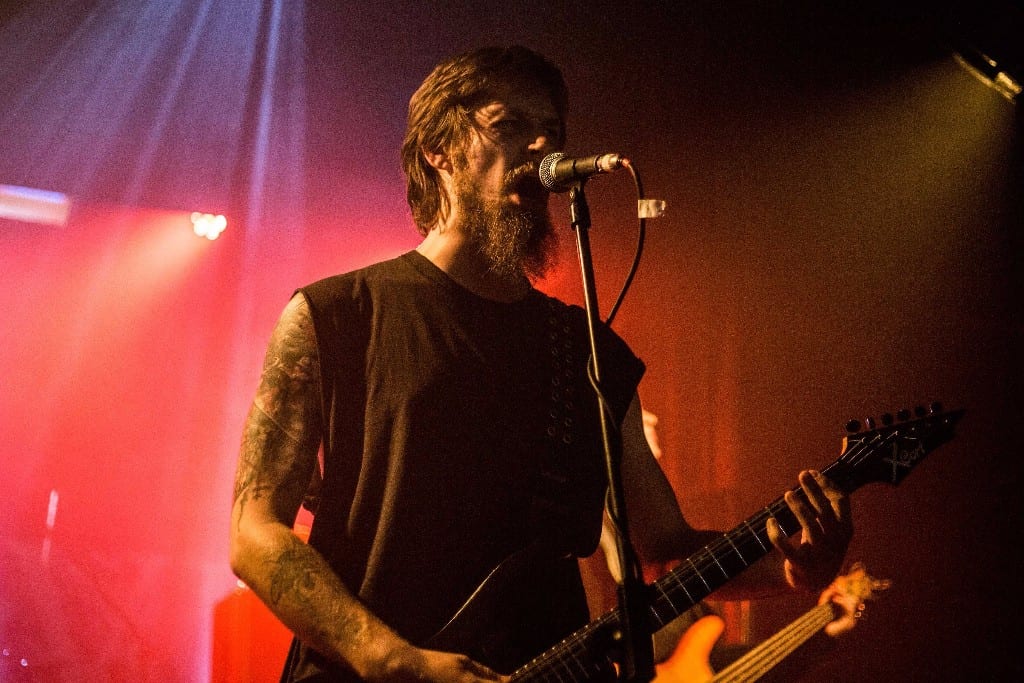 ERDVE are releasing a live video for the crushing track “Atraja”, which is taken from their forthcoming debut full-length, ‘Vaitojimas’, which will be out in early 2018. The Lithuanian experimental hardcore collective was filmed at their live debut at the Armageddon Descends V festival in Vilnius, Lithuania, 2017, which is the biggest annual in-door event f the Baltic extreme metal scene.

ERDVE comment: “This show at the fifth edition of the Armageddon Descends festival in Vilnius marked our very first live performance. Playing there turned out to be a unique experience since it was a bit questionable whether we fit the black/death concept of the metal stage, but the show was indeed very intense and was a great tribute to the whole idea behind this festival. This video is a live representation of the final track, ‘Atraja’ from our forthcoming debut album, ‘Vaitojimas’, which will be released by Season of Mist in early 2018.”

Season of Mist have recently announced the signing of ERDVE. The freshly conceived Lithuanian experimental hardcore collective will release their debut full-length, ‘Vaitojimas’ through Season of Mist.’

The band commented: “Since ERDVE is a very young name, this collaboration is proof that it is all about what matters the most – the music itself. We certainly did not have any expectations that the record could be presented to a wider audience, yet we are extremely proud and happy that our desire to create something meaningful for ourselves has procured a relationship with a record label which believes in artistic value. This partnership is a huge achievement in our creative lives and will set a strong basis for us to communicate our music, ideas, and artistic identity further on. We are incredibly thankful to Season of Mist for this opportunity.”

When ERDVE formed in the Lithuanian capital Vilnius in 2016, the band had a clear aesthetic vision of creating a unique heavy sound that experimented with elements from hardcore, sludge, and black metal, yet was not bound by any unwritten “rules” surrounding those genres.

ERDVE‘s members had alreay been active in their local scene and performed in various acts such as NYKSTA, SRAIGĖS EFEKTAS, and SPIRALE.

The core ideas of ERDVE are translated into lyrics, visuals, and sound by in-depth reflection on concepts such as domestic violence, utmost disgusting behaviour, crimes against humanity, and extremism.

ERDVE will release their debut album, ‘Vaitojimas” on Season Of Mist in 2018.