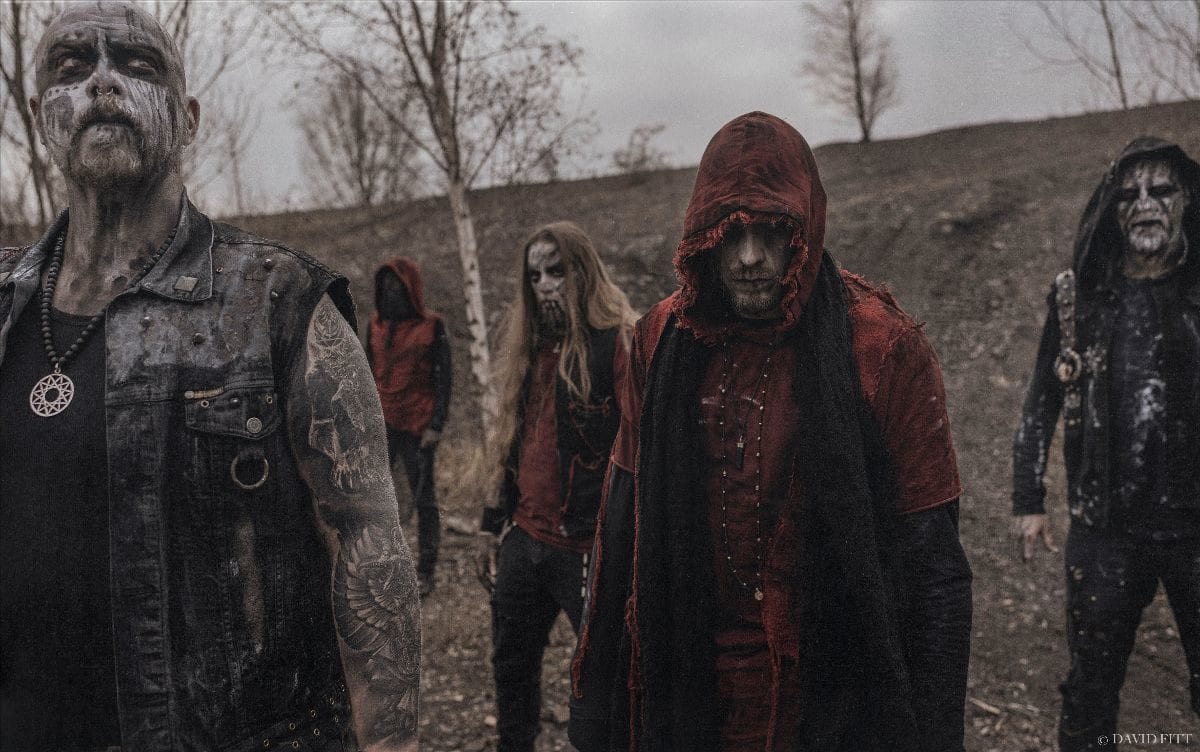 Season of Mist are proud to announce the first signing of the new year;ENTHRONED! The legendary Belgian black metal formation will release their new album later this year.

The band comments: “ENTHRONED hordes worldwide, the time has come to break the silence. So it is with great pleasure that we can finally announce the new label with whom The Blackened Horde of ENTHRONED will work as from now on. We will be working with the Season of Mist clan for our next releases and further cooperations. We are looking forward to this new partnership, to work with a label that will be able to give us the support, freedom and the right tools to bring our dark art in it’s right place.”

ENTHRONED, a name Black Metal fans are no strangers to. Over the course of the last 25 years, they have pushed the boundaries of black metal and the deepness of the Left Hand Path philosophy further within. The quintet has channeled that dedication into their newest record; a dark and crushing black metal album where cold riffing, blood chilling atmospheres and ritualistic drumming are keys to forging their most mature and accomplished opus to date.

The band, who crawled out of the black lands of Belgium in 1993, inked their first contract less than a year after its formation, and recorded their revered debut album ‘Prophecies of Pagan Fire’, an album which became an all-time classic within the genre.

By then known as The Blackened Horde to fans and the scene at large,ENTHRONED recruited guitarist Nornagest and within 2 years entered Hautregard Studios to give birth to their second album. After the recording, tragedy struck and founding member and drummer Cernunnos (1997) took his own life.

The band went on to record the album using Cernunnos’s drum tracks from rehearsal recordings which were recorded by long time friend Da Cardoen, from the Belgian band ASPHYXIA. ‘Towards the Skullthrone of Satan’ was thus born.

ENTHRONED went on touring the world and releasing albums such as ‘Regie Sathanas’, ‘The Apocalypse Manifesto’ and ‘Armoured Bestial Hell’, the first album to feature core member Neraath on guitars. Then followed ‘Carnage in Worlds Beyond’, a brutal piece of black metal recorded by Harris Johns.

ENTHRONED recorded their seventh album ‘Tetra Karcist’ (first with this line-up) in 2007, which was hailed at the time as one of the best releases of the band. ‘Tetra Karcist’ also was the first opus out of a conceptual quadrilogy including ‘Pentagrammaton’, ‘Obsidium’ and last but not least ‘Sovereigns’.

The 2014 record ‘Sovereigns’ saw the debut of Menthor on drums, as well as extensive touring over the next four years. In 2016, Phorgath and guitarist ZarZax departed the band on amicable terms, and were replaced by Norgaath and Shagal (from cult Argentinian act VIBRION) respectively.

The band have started to work on their 11th and most anticipated album so far, which will be released in 2019 by Season of Mist.