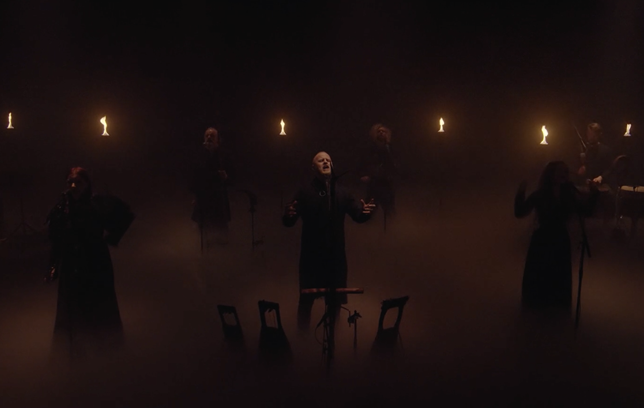 Scandanavian and associated folk metal sub-genres have seen a remarkable upward trend in recent years, rapidly rising to become one of the biggest subgenres globally in heavy metal music.

While it is difficult to pinpoint exactly why or how people are gravitating more to this music, it is quite obvious which bands are leading the charge, with the main protagonist being Norwegian outfit Wardruna.

Their most recent album Kviltravn received glowing universal praise, so it is not surprising to see the band capitalize on that success by re-issuing the album – not just with different packaging or an extra song or two like many bands – but by adding a live component as well under the title of Kviltravn: First Flight Of The White Raven.

“The response has been wonderful,” he smiled. “Of course, the Kviltravn part of the album is something that a lot of people are familiar with because it was released in 2021. This re-issue format is together with a live part. The live part has received a great response. It seemed to be… for many years people have asked us to have this kind of live recording of our songs, so in many ways it was due to popular demand that we actually decided to do this. Very happy so far.”

The live recording was done around the end of lockdown and performed in front of no-one but the band and required recording staff, but Selvik maintains that the whole process was smooth and relatively easy despite not having a crowd to feed from.

“I think… the way I see it, performing is about becoming one with your environment,” he measured. “Of course, connecting with people in the room – whether or not there are three people in the room or 3000, you have to become one with the music. I was able to tap into those things, and of course, also we hadn’t been together in the same room for over a year at that point, so I think that friction and excitement was also part of that equation. There was a lot of energy there still.”

In the full chat, Einar talks more about the album and the songs on it, reuniting with the band under those circumstances, regaining the chemistry, translating atmospherics and moods to Wardruna’s music, translating their native tongue to other languages for global consumption and the difficulties posed by translation, how much research goes into the factual components of their songs, the growth of music such as theirs and more.