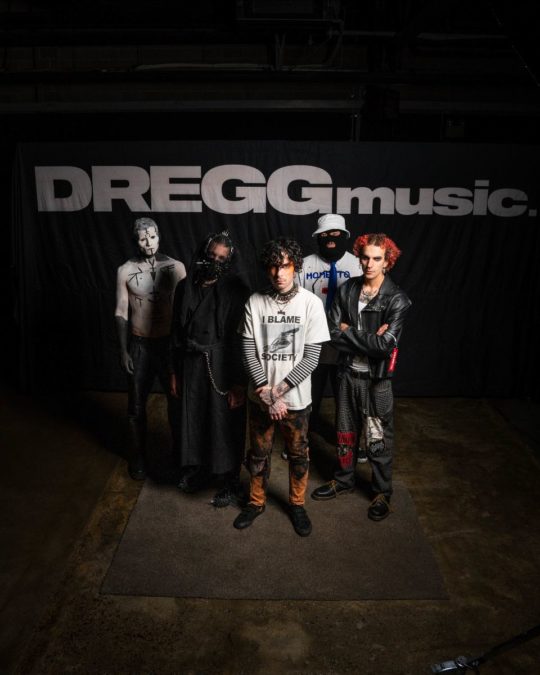 Embracing Life And Music With DREGG

Melbourne heavy outfit Dregg are a band that is not only constantly evolving, but also one that are dragging more people into their zany and fun-fuelled world seemingly with each passing breath.

Their energetic and carefree approach to music while constantly blurring the lines between musical genres is almost groundbreaking in its intensity, with the band not just proclaiming their intent to fly against acceptable parameters, but proving it time and time again with the release of each new and engrossing body of music.

To the uninitiated, Dregg are what could be deemed an experimental metal outfit, but only experimental in terms of a unique mashing of genres to create a sound that often shouldn’t work, but somehow always does.

Their live show is said to be next level and the band should be readying themselves right now to prove that fact with a tour kicking off in Brisbane next week but as we all know in the modern age a little thing called COVID has the ability to turn even the most meticulous of plans on its head.

Enigmatic frontman Chris Mackertich joined HEAVY for a chat about new music from the band as well as their upcoming tour and the current perilous landscape that threatens it.

“We dropped another song yesterday,” he began. “That’s what we’re doing at the moment, we’re just dropping songs as regularly as we can but Internet’s cool. We got to do a video for that one and it was super weird and different. We got to talk about the positives and negatives of the internet and social media and stuff, not in that cringy way, but we wanted to talk about it more from a realistic sense of what it is and how shit it can be. We decided to do a tour around it because it was definitely a song that struck the vibe of 2020 for us.”

With the tour scheduled to start in Brisbane on June 11 – and less than 24 hours after the potential easing of Melbourne’s lockdown procedures – Mackertich is bracing himself for the seemingly inevitable.

“It’s looking grim,” he admitted. “It looks like some dates might stay where they are and some dates might move but we still have to work things out and figure what’s going to happen because everything is so unpredictable. Venues are obviously booked out months in advance and pray that things like this don’t happen so we’ll have to see what we can put together and announce rescheduled dates as soon as we know.”

In the full interview, Chris talks about Dregg’s new songs, their plan to release a steady but constant stream of music, booking tours in the present climate and the risks associated with that, signing to Epitaph Records and the importance of retaining creative control of the band and more.