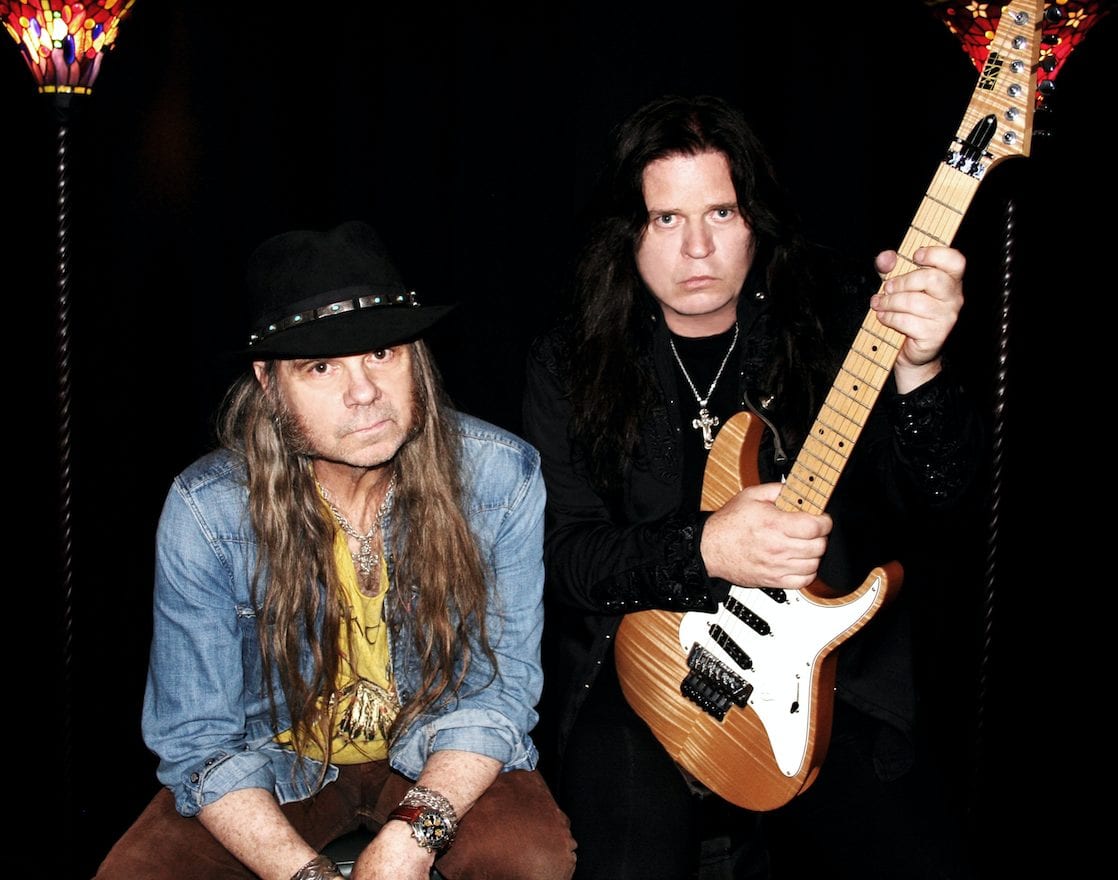 Frontiers Music Srl is proud to announce a new project, Eisley/Goldy, who will release their debut album, “Blood, Guts and Games” on December 1, 2017.

The first track from the upcoming release, “The Heart Is A Lonely Hunter” is out today!

You can pre-order the release now here: www.frontiers.shop

Singer David Glen Eisley and guitarist Craig Goldy (Resurrection Kings, ex-Dio), both formerly of GIUFFRIA, have joined forces again in EISLEY/GOLDY, a partnership which sees the two artists bring back the signature sound that launched their careers in the early ‘80s.

As David Glen Eisley stated around October 2014, after several years on hiatus after his 2001 solo effort, “My dear friend of many years, guitar virtuoso Craig Goldy made a surprise visit up to my house, knocked on the door and simply stated ‘Enough of this my friend…time for you to get up off your ass and come back to work!’ He was so adamant, I relented and agreed to join him on a small stage in the San Diego area. It all seemed to go well and the next thing I knew a year later, we were in Nottingham, England playing together again in front of a crowd. We had been discussing writing some material for a potential album during this past year. But where to take it, assuming we were to actually do one? That left a big question, but a simple answer. The BEST Rock & Roll label left on the planet that understood who we were and who we are today. That was Frontiers and our friends Serafino & Mario!! A deal was struck and we both are happy to say “Eisley/Goldy” will be bringing you a new record in 2017. Funny how things happen in this crazy world of Rock & Roll!”

Of first single to be released from the album, Goldy says “the song, “The Heart is a Lonely Hunter” is a song that I know is very close to Dave’s own heart…..because of a very special loved one, who is still in search mode for that “one and only”, yet still gets kicked around during that quest! For me….this song can indeed be about anyone who is searching for a special someone….or it can also be about the internal search we all feel at times while trying to uncover what special purpose or calling in life we are on this planet for….and that search, though originally generated from the heart, can often become as treacherous as a hunter in the wild!!!”

Eisley/Goldy are joined on the release by drummer Ron Wikso, whose resume includes The Storm, Foreigner, Cher, David Lee Roth, and more. Original Giuffria bassist Chuck Wright also plays on a few tracks on the album and original Giuffria drummer Alan Krigger is featured in “The Heart Is A Lonely Hunter” music video!