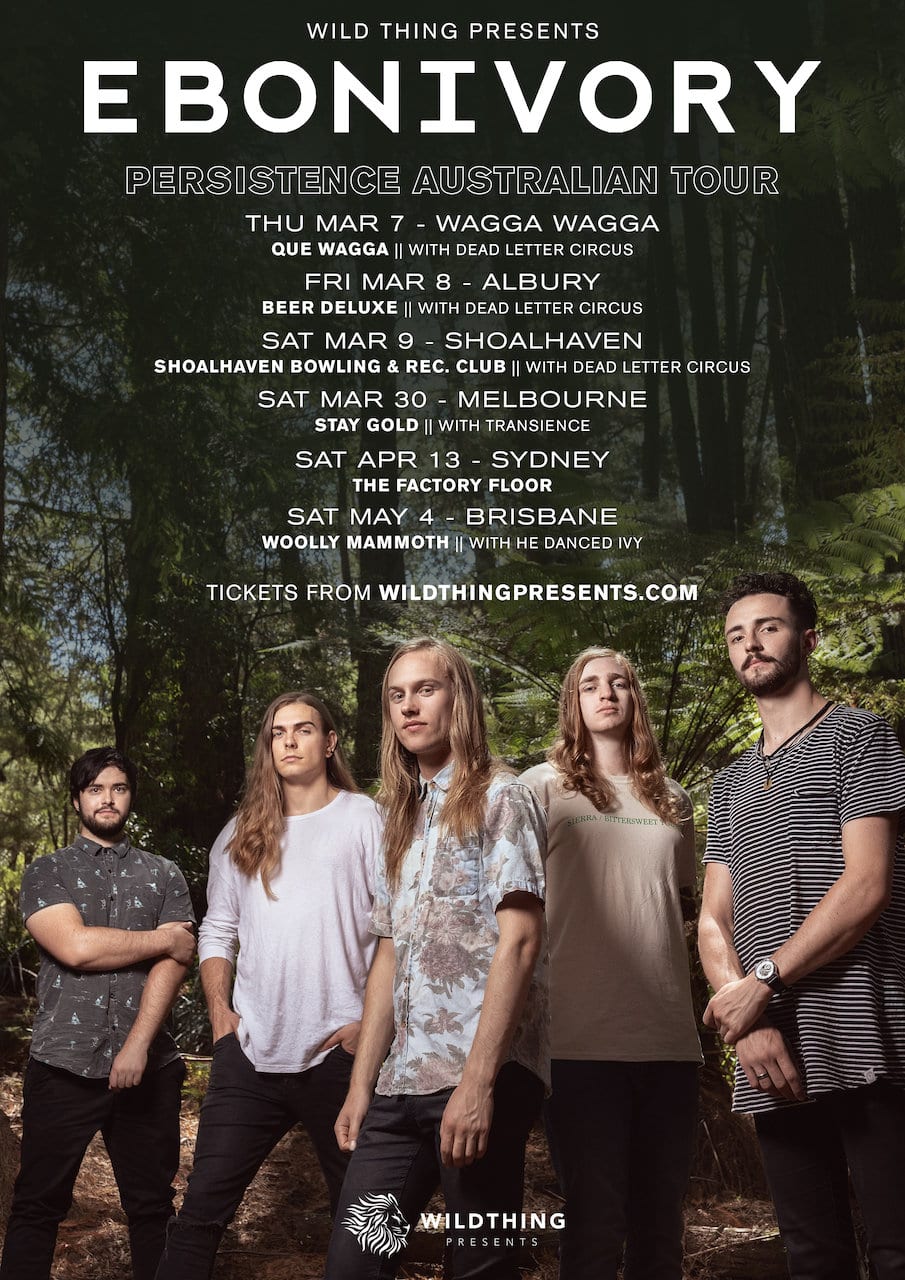 Melbourne based touring, bookings and management company, Wild Thing Presents (together with its label arm, Wild Thing Records) aannounced the signing of Ballarat five-piece, Ebonivory to their management and bookings roster.

Multi-instrumentalist and lead vocalist, Charlie Powlett reflects on the signing, “We’re beyond excited to have signed on management with Eli Chamravi and Wild Thing Presents, who have been such nurturing and passionate proponents of progressive/alternative music in Australia and beyond for many years. From a humble beginning as high-school mates playing music together in regional Victoria, we can’t wait to take Ebonivory international with Wild Thing. We are working with the best team possible to propel our music to new heights that were previously inconceivable; Ebonivory is now without limitation.”

The group launched their first EP Ebonivory I in 2014 with 2015 seeing their debut LP The Only Constant and in 2016 released their second EP Ebonivory II.

Catch one of Australia’s most exciting progressive bands live, when they tour nationally between March and May, including dates supporting prog-alt-rock powerhouse Dead Letter Circus!