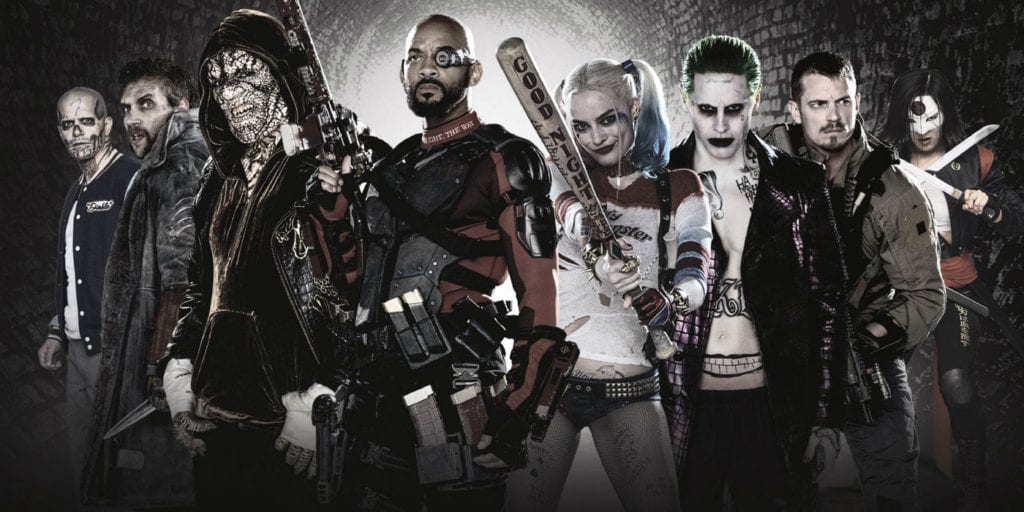 Normally when you see the words ‘Director’s Cut’ or ‘Extended Cut’ appearing on a movie poster it’s not something to take much notice of. It’s probably just got a couple of more added scenes that you didn’t see in the cinema and is used as a sales gimmick to get you to spend a little more cash rather than have you just buy the standard DVD. That is certainly not the case with Suicide Squad, though. This time the extended cut is being released at the request of the film’s director/screenwriter David Ayer (Fury) who said there was always more to the Suicide Squad story that we didn’t get to see in the studio cut of the film… and boy was he right.

For those of you that have already seen the original cut you know the story. In the aftermath of the events of Batman vs Superman while the world is still reeling from the death of Superman, Amanda Waller (Viola Davis – The Help) comes up with a plan that sees some of the world’s deadliest criminals, including Deadshot (Will Smith – Independence Day) and Harley Quinn (Margot Robbie – The Wolf Of Wall Street) recruited by the Government to form a special squad whose job it will be to protect Earth if a meta-human with bad intentions ever comes to Earth.

Under the watchful eye of military man Rick Flag (Joel Kinnaman – RoboCop), the squad are put into motion when Enchantress, who just happens to inhabit the body of Rick’s girlfriend June Moore (Cara Delevingne – Paper Towns), starts a deadly mission to conquer the world. Just to add to Rick and Waller’s woes The Joker (Jared Leto – Dallas Buyers Club) decides to rescue Harley from the clutches of such a plan.

I don’t think in all my years of film watching I’ve ever seen a movie where the extended cut makes such a huge difference to a film. Despite the fact, I quite enjoyed the first film I was willing to admit there were flaws. At times the original cut just became full on action with all of the characterisation and decent dialogue that was present early on the movie just seem to have gone out the window. A great example of this is the bar scene. In the original film the group go into the bar a defeated team, they trade a few witty barbs, and then a few minutes later they walk out of the bar determined to go ahead and defeat Enchantress. Here in the extended cut, we see another good 8-10 minutes of what actually occurs in the bar, and suddenly we are left with a much clearer explanation to why the squad’s attitude suddenly changes.

Likewise, the extended version gives us a much better look at how the relationship between Harley Quinn and The Joker developed… including a pivotal scene which is basically a showdown on a bridge. Poor Jared Leto copped a barrage of criticism about his portrayal of The Joker in the original cut of this film, but once you view this extended cut you do get to see some much better acting work from him, and it makes you more excited about seeing him in the role in the future films that are sure to follow.

This further bits of characterisation sprinkled all throughout the film do actually make the film’s finale a lot more dramatic. While it still feels that the final battle with Enchantress could have been made a whole lot better at least this time around you do actually find yourself more invested in whether or not certain members of the squad make it out alive or not… and in a way that enhances the scene for the audience.

It’s not very often I tell people that an extended cut of a film is the way to go when making a decision on which version to buy, but here Suicide Squad is made a much better film by the fact that the extended cut contains vital scenes that must be seen to make this movie work in a way that makes it watchable.

Suicide Squad: The Extended Cut is now available on DVD, Blu-Ray and VOD.