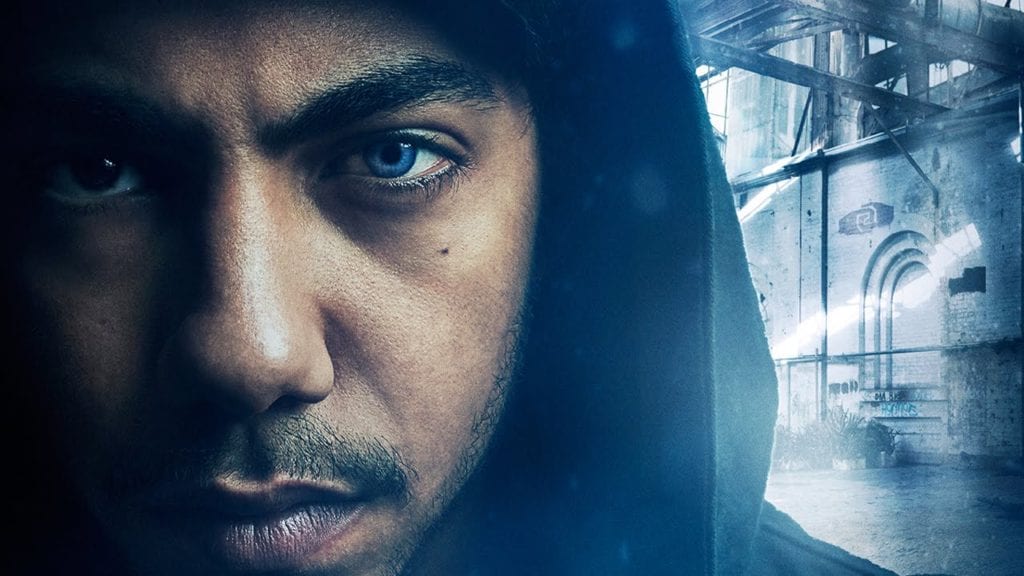 The Australian film industry has always had an interesting relationship with the genre of television. Over the years we’ve produced some pretty decent sci-fi programs – shows like Farscape and Spellbinder immediately spring to mind, but for some reason the people providing the money for the industry seem to shy away from the genre, instead looking to push more dour dramas onto the audience. Well now comes a sci-fi show that will hopefully change all of that – Cleverman. Mark my words this show is guaranteed to become a cult classic it’s just that damn good.

Cleverman is set in the future, a time when Sydney is living under the threat of ‘hairies’ – a so called ‘subhuman’ species who are currently being considered a threat. People react differently to the ‘hairies’, Governmental departments led by the likes of Geoff Matthews (Andrew McFarlane – The Flying Doctors’ and McIntyre (Marcus Graham – Mulholland Drive) see them as a threat that needs to be contained and eventually eradicated. Business-man like Jarrod Slade (Iain Glen –Game Of Thrones) see them as a way of making a mountain money, while small-time operators like Koen West (Hunter Page-Lochard – Spear) and his best mate, Blair Finch (Ryan Corr – The Water Diviner) also see them as a cash cow. Then there are people like Waruu West (Rob Collins –The Wrong Girl) who are sworn to protect them as they see the treatment of the ‘hairies’ as the same way their Aboriginal ancestors were treated.

It is hard to put into words just how good Cleverman is. This sci-fi goes a lot further than most other shows in the genre and gets so political at times it makes you see Australian history in a whole different light. The screenwriters of this show have taken the wrongs of Australia’s past and condensed into such a format that anybody can see just how wrong the Government have handled things such as the stolen generation and Aboriginal deaths in Police custody over the years. Like the feature film, Red Billabong, Cleverman also explores Aboriginal culture and mythology, two things I’ve probably learnt more about watching this television show than I ever did in my year at high school.

The political side of things pushed to the background this show also works because of the relationships between each of the characters. The growth surrounding the character of Koen has to be seen to be believed and the resulting conflict that these changes cause with his half-brother Waruu ignite the second half of this season. The real test comes when the audience sits in suspense as you wait to see which brother is going to make the right decisions in the season finale.

The hard-edged nature of this show also lifts the program high above most other shows airing on television at the moment. Yes, there are moments of violence as hairies and humans clash but are things such as a character knowing impregnating his wife with a hairy for scientific research and a hairy being forced into a sick form of prostitution that makes this program stand out from the pack.

The edgy nature of the program also brings out the best in its cast. Aussie favourites like Tasma Walton (Blue Heelers), and Deborah Mailman (The Secret Life Of Us) are standouts in their strong roles, but the stand out here is Iain Glen who dominates the acting stakes as he plays the mysterious Slade whose intentions are often questionable. Credit must also be paid to Hunter Page-Lochard and Rob Collins who both announce themselves as actors to watch in the future with strong performances that make this show a must see.

While firmly planted in the sci-fi genre, Cleverman is a show that takes a deep look at Aboriginal history and social issues while also providing enough believable drama between its characters to make you want to watch each week. The fact that Season One builds up to a crescendo that looks set to explode in Season Two means this is a show that you have to watch if you haven’t already done so.