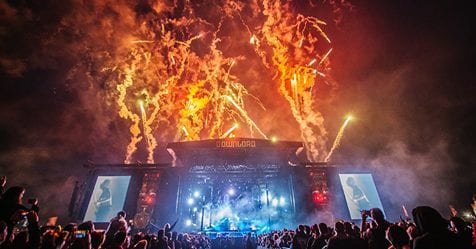 Download Festival, the champion of rock events, has today announced the grand return of WWE NXT LIVE! to the hallowed grounds of Donington Park. Fans will be electrified with incredible displays of skill and athleticism, as the hugest names in sports entertainment deliver the fully-fledged NXT show to a full-scale ring in the festival arena. Not only that, but 21 more exciting names have been added to the bill including Andrew W.K, Hell Is For Heroes, Avatar, Bad Religion, and more. Download Festival is the only place in the world where fans can experience the exhilarating world of WWE NXT alongside the world’s biggest rock stars, across June 8 – 10. Tickets are available now from downloadfestival.co.uk/tickets. Alongside headliners Avenged Sevenfold, Guns N’ Roses and Ozzy Osbourne, massive NXT names Aleister Black, Adam Cole, Velveteen Dream, Ricochet, Nikki Cross, Shayna Baszler, Kairi Sane, The Undisputed ERA and many more will descend upon Download for a weekend of high flying manoeuvres, action-packed matches and unexpected surprises along the way. NXT has made a massive impact at the festival in previous years, performing to capacity crowds throughout the weekend, featuring impressive debuts, shocking returns and the exciting action even spilling over to band’s performances, this year is set to be even bigger and better.

“I am incredibly fired-up to welcome WWE NXT back to Download Festival. This festival exclusive marriage of rock and wrestling is totally unique and the only place where you can see the world’s most legendary rock stars and the brightest WWE prospects together. If previous years are anything to go by this is going to be the biggest most fun weekend ever.” 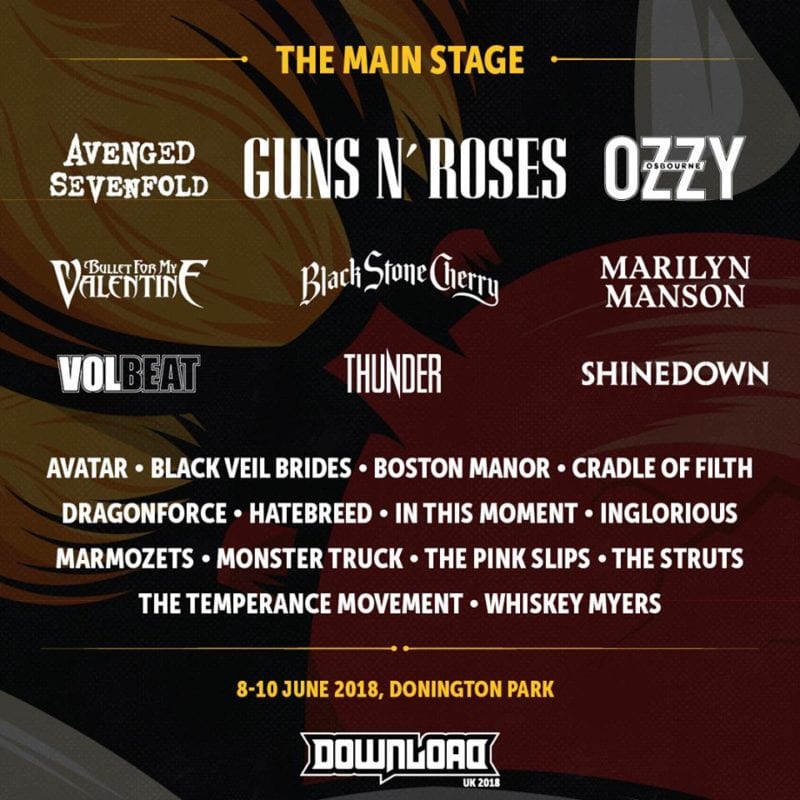 “I’ve been a music guy all my life.  Getting to combine the two things that I love the most, metal and sports entertainment, on one of the most exciting stages in the world and to perform for a fanbase that understands me and is responsible for my success will make this an unforgettable experience.”

Be prepared to run away with the metal circus as Avatar make their first and unmissable Main Stage appearance. On the Zippo Encore stage, the undisputed King Of Partying Andrew W.K is making his way back to Donington, whilst Hell Is For Heroes set the blueprint for post noughties British alt-rock and make their overdue Download debut. Cross over nu-metal skate punks CKY also join the stage for a serving of sludgy riffs, as well as three-time Grammy nominated Nothing More who have ridden wave of success bolstered by the electrifying frontman Johnny Hawkins. 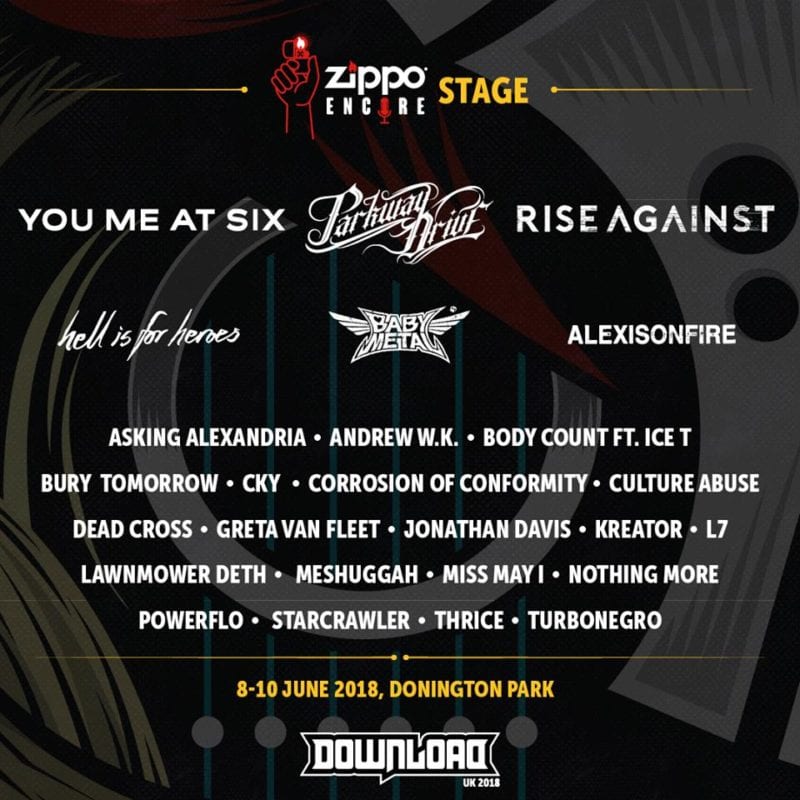 The Avalanche Stage presented by Kerrang! Radio’s Fresh Blood gets even bigger as pivotal punk outfit Bad Religion have been confirmed as the final headliners with nearly four decades under their belt. Also added are UK up and comers Black Foxxes who have catapulted themselves through the British rock scene with a raw edge that have made them undeniable ones to watch, seminal Suffolk band A who are fresh from supporting Hell Is For Heroes, plus harmonious punk foursome Bad Cop / Bad Cop and more. 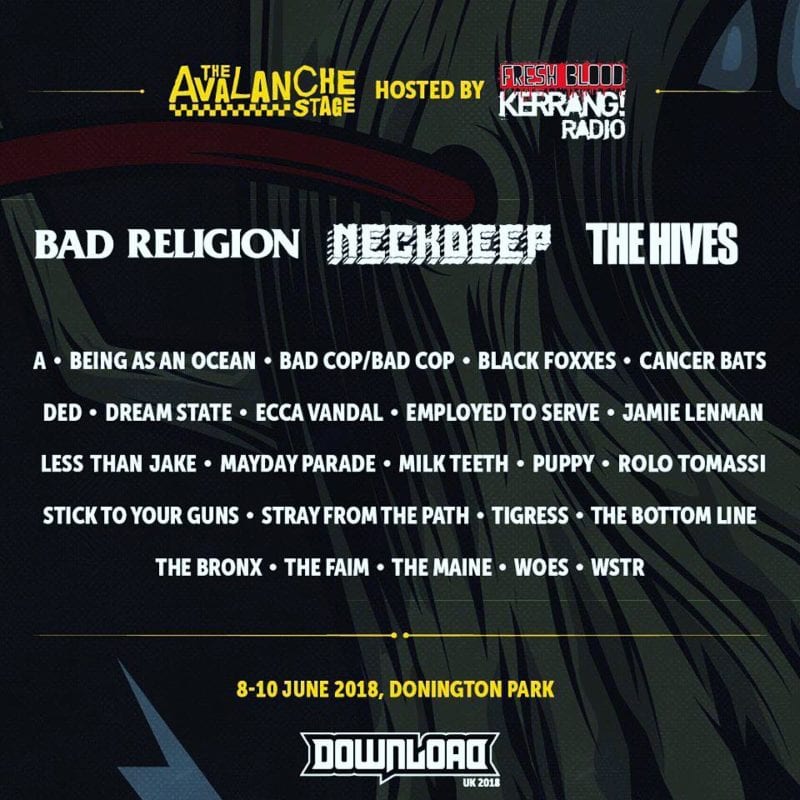 Download Festival is the home of rock music and takes place on the sacred grounds of Donington Park, which have been associated with rock since the eighties. The festival attracts icons of rock and metal to its main stage, plus some of the best and hottest new acts in the world. AC/DC, KISS, Metallica, Def Leppard, Guns N’ Roses, Rage Against The Machine, Slipknot, Linkin Park and many more have all headlined its main stage. 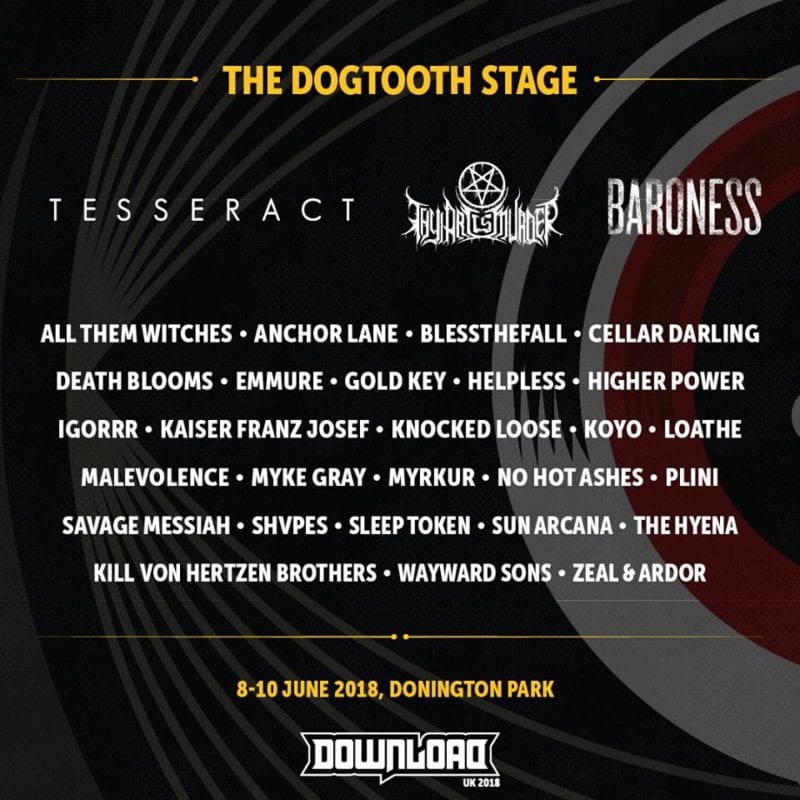 *WWE talent are subject to change.

Things Heat Up For FAITH IN LIES With New Single