When fantasy series Shadowhunters drew to a close earlier this year it broke the hearts of its fans. Now though those fans have been able to pay homage to the series with two of the stars of the series visiting Oz Comic Con in 2019.

If you had any kind of doubt over the show’s popularity then it was clear to see when legions of fans piled in to hear what Dominic Sherwood and Alberto Rosende had to say. HEAVY Mag was lucky enough to catch up with them both to find out how much they were enjoying the convention.

“We were just talking about this,” says Sherwood. “I think this convention is going to be very different for us because this is the first time we are doing a convention when we don’t have more episodes to air, the show has come to an end and everybody has seen the finale so I think this one will have a very different vibe to what we have done previously. For me, and this might sound a little repetitive but this is what I say because this is how I feel, for me when people come to these conventions and show that they appreciate what we do it is like my boss saying that I am doing a good job and I really appreciate that because there is so much of what we do that where we have to wait and we are like ‘I don’t know if people are going to enjoy this.’ I mean I enjoyed filming it but you never really know if they are going to enjoy it until it reaches the screens. So for me it is a wonderful feeling where I am humbled by people telling me they enjoy what I do because it brings us down to the level of the people that enjoy the medium that we put forward.”

“On that also, just the opportunities that we have had to travel all around the world and meet all the people connected to this thing that we have done,” adds Rosende. “We’ve created this global community, I think that at some point in our lives as actors we want to have people like what we do. To have a show that made it past the pilot and Season One, that was weird because we had the first season ordered, but then to go beyond that and do Season Two with more episodes and then do a third season, it was amazing. We got fifty-five episodes and that was huge. To have that because people enjoyed it and then to get to meet them it has been a little bit of magic that we have had.”

You can listen to our full Shadowhunters interview on Spotify.

Shadowhunters airs on Netflix in Australia. 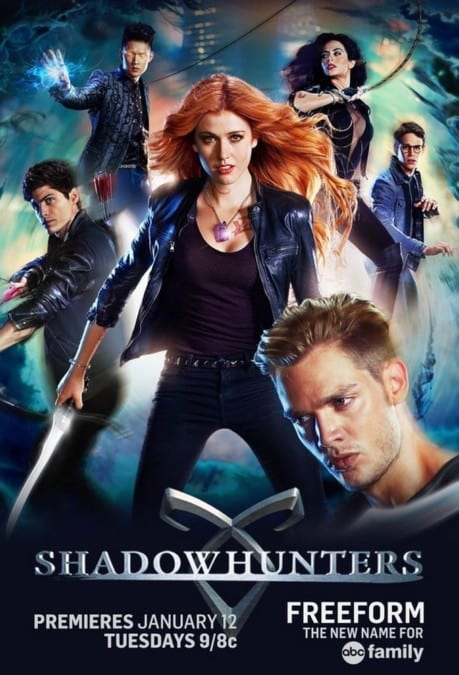