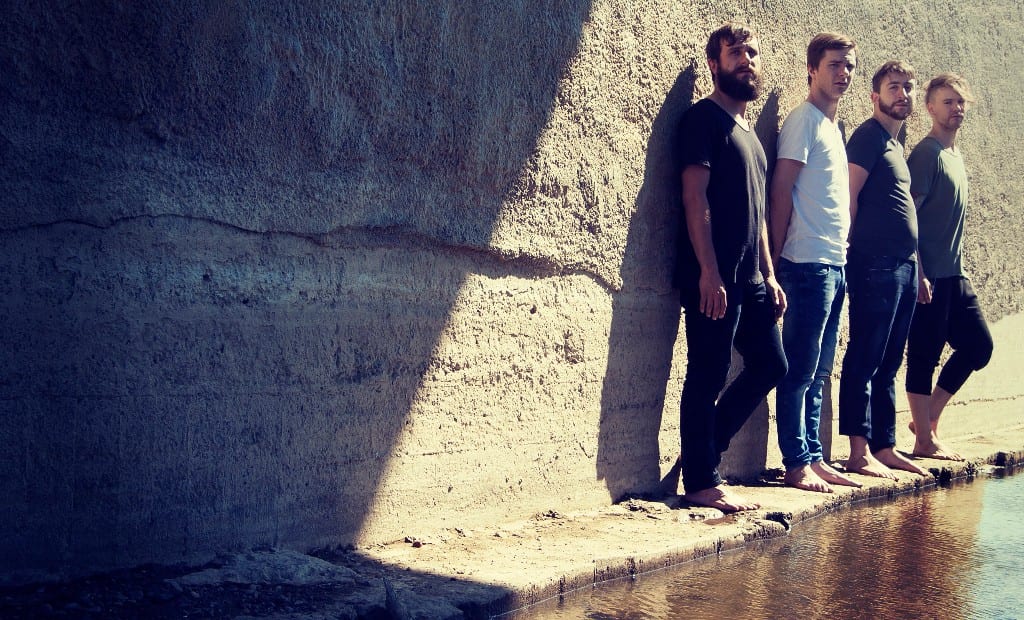 DISPERSE have released a new video for the track “Kites”, which is taken from their highly acclaimed latest full-length ‘Foreword’ (2017).

Guitarist Jakub Żytecki comment: “This is the music video that my girlfriend made for us, which we’re infinitely grateful for. It features her little brother Maciek and his dog – it’s a beautiful story about a child’s imagination power.”

DISPERSE are currently preparing to record a follow-up to their highly acclaimed latest full-length ‘Foreword’.

Few young bands display such extreme technical prowess as DISPERSE. Yet talent and advanced mastery of instruments has never been the main factor in what sets a band apart from the mass of musicians trying to break through.

The road to success has rather been paved with great song-writing and this is exactly what the now Polish and English quartet is delivering on its third full-length ‘Foreword’. DISPERSE manage to make complexity appear easy and add an incredible lightness to cascading syncopated breaks, odd-time signatures and all the tools of the trade that are considered as essentials for progressive music.

‘Foreword’ is the logical step further from sophomore DISPERSE album ‘Living Mirrors’, which witnessed the hopefuls injecting fresh momentum into the progressive genre. Elements of such giants such as PINK FLOYD, DREAM THEATER, and CYNIC were playfully incorporated, whirled around, and fused with other ingredients raging from Metal to Jazz into a new exciting sound.

DISPERSE embarked on their musical search with the debut album ‘Journey Through The Hidden Gardens’ (2010) three years after being founded in the Polish city of Przeworsk. With only one demo entitled ‘Promo 2008’, the band quickly gained a reputation as an excellent live entity. This was cemented by acclaimed performances on several tours as well as at prestigious festivals such as GO-Rock, the UK Tech-Metal Fest, and Germany’s Euroblast Festival.

With ‘Foreword’, DISPERSE invite you to set sails on a luxurious musical passage that let’s you drift over an ocean of sparking details and ever new wonders waiting at the beckoning horizon.