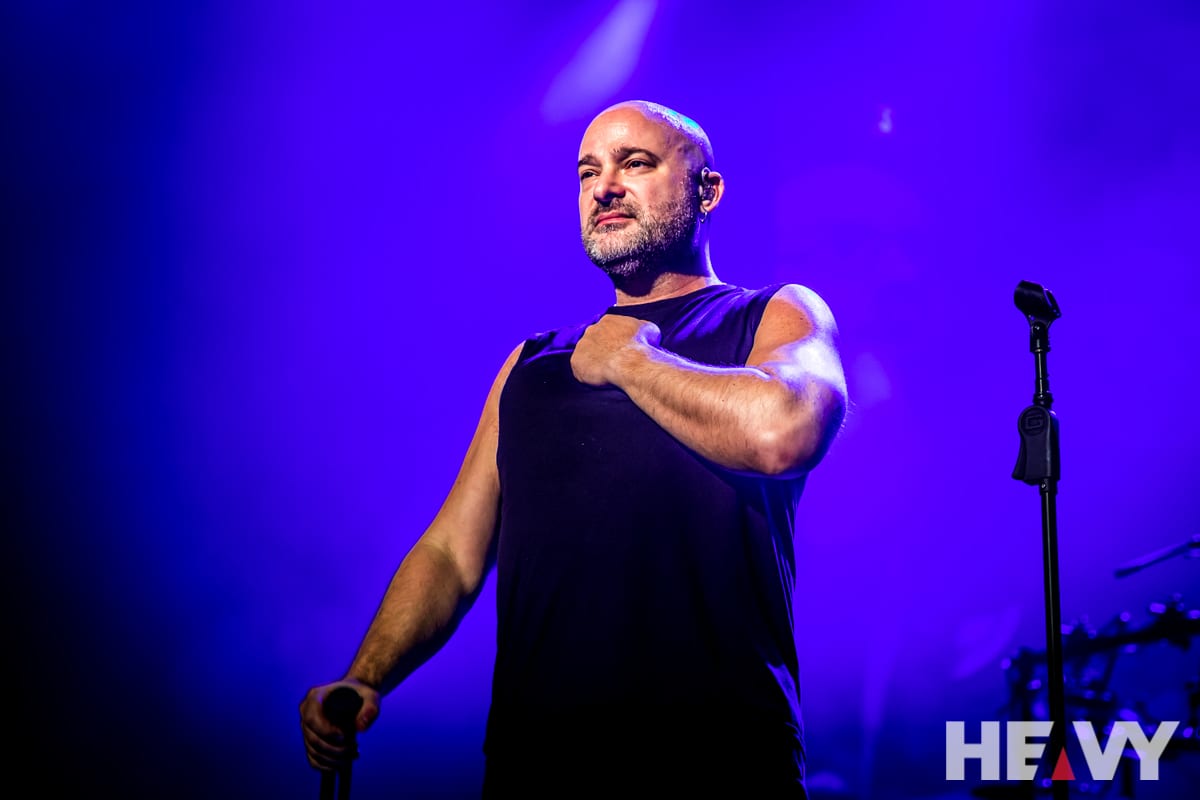 Selling out the Manchester Apollo isn’t easy, and Disturbed have managed to do that two nights in a row. They bring their Evolution Tour to the UK and we’re here on night one to see what goes down.

I can think of few better bands to warm up a crowd than Welsh Ragga Metallers Skindred, the only danger being they have the ability to upstage anyone who follows them.

Big Tings kicks us off, the title track from their latest album. By the time we have gotten through fan favourites Rat Race and Pressure, its clear that the majority in the room are fully on board with them. That’s not an easy task for a support band, and a head count by frontman Benji Webbe was surprisingly in favour of those who hadn’t seen them before. I’m sure after this performance many will be back to see them again.

Audience participation is a big part of any Skindred show. A California Love (Dr Dre) inspired jam gets everyone involved, and some playful insults from Benji serve him well during That’s My Jam, as he divides the room in two to sing the song’s chorus. After asking whether we like Metallica, Queen, AC/DC – met with huge roars of approval as you’d expect – he asks if we like Little Mix, and with very few responding, he asks us why we let our kids listen to them then! Sorry girls, but he’s right – parents – don’t be scared to share your music collection with your kids!

Sometimes support bands can be guilty of going through the motions, or road testing unheard material, but this certainly isn’t the case tonight. A big hitting end to the set includes Kill the Power and Nobody – with a cover/jam of Black Sabbath’s War Pigs sandwiched in between. Warning brings their set to a close – sadly without the Newport Helicopter (If you know, you know) – but a very receptive and appreciative crowd have enjoyed every minute.

A video montage of Disturbed’s history – along with the positive message they promote, which is a theme throughout the evening – is played on the big screen before they arrive on stage with Are You Ready. A song was surely written with opening the set in mind – “Get Up! Get Up!”.

Frontman David Draiman starts the show in his trademark long black coat, but it doesn’t last long as the temperature in here is already extremely high – thanks of course in part to Skindred but also the Manchester weather today is a tropical 20 degrees – yes that is tropical for Manchester!

The first half of the show is a real fan pleaser as Disturbed go through the archives, starting with Prayer and The Vengeful One. Draiman talks about how the media and internet are trying to tell us that society is more divided than ever, “nobody gives a shit about your politics tonight – we’re here as one to enjoy a rock concert!” before launching into debut album track Stupify.

The old favourites continue – Voices, their cover of Genesis’ Land of Confusion – while the other members of the band – Dan Donegan (Guitar), John Moyer (Bass), Mike Wengren (Drums) – are allowed time to shine with solos of their respective instruments. We get Ten Thousand Fists and The Game before new album material is revisited, with No More ending the run of the more adrenaline based anthems before the gig takes a change of pace.

A Reason to Fight is proceeded by a video explaining the message of the song, that anyone suffering from mental health or addiction are not alone. It’s obviously an emotional song – Draiman says we’ve lost too many people to it already, name-checking his friends such as Chris Cornell and Linkin Park’s Chester Bennington, as well as highlighting the plight of people in the military amongst others. He asks the crowd to raise their hands if they or anyone they know had or is suffering, and virtually everyone did – a powerful sight.

Hold on to Memories is another emotional acoustic style ballad, highlighting how far and more mature they’ve gotten over their 20+ year career. An amazing performance of their viral cover of The Sound of Silence – 524 Million YouTube views and counting – follows and really shows off Draiman’s vocal range and ability. Indestructible and Inside the Fire are played before they return with a thumping encore – The Light and Stricken before anthem of a generation Down with the Sickness brings the night to a chaotic and sweaty close.

Disturbed are one of the pioneers of Nu Metal, a tag that is either good or bad depending on your prerogative. Either way, this performance proved they are much more than that, delivering a varied, spiritual like performance that left their fans euphoric. 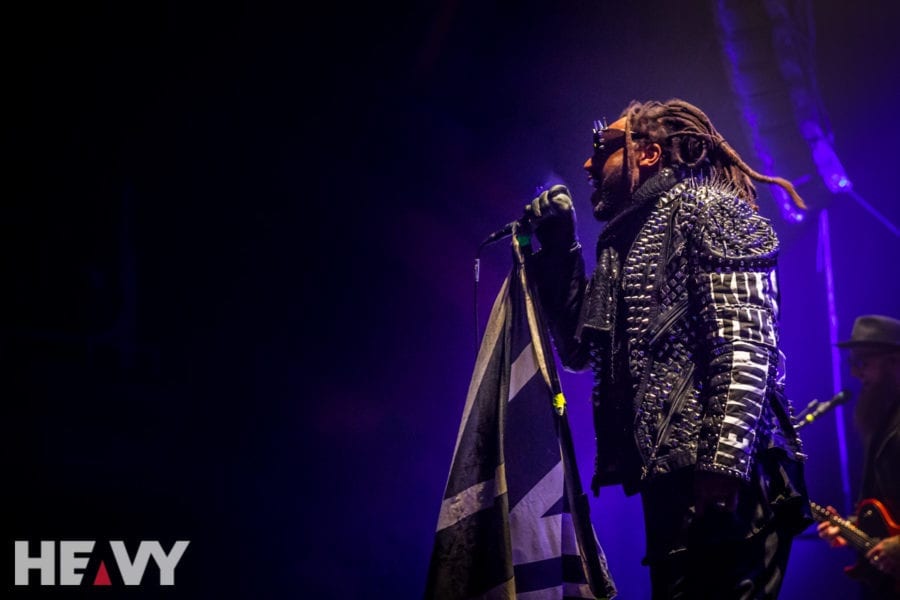 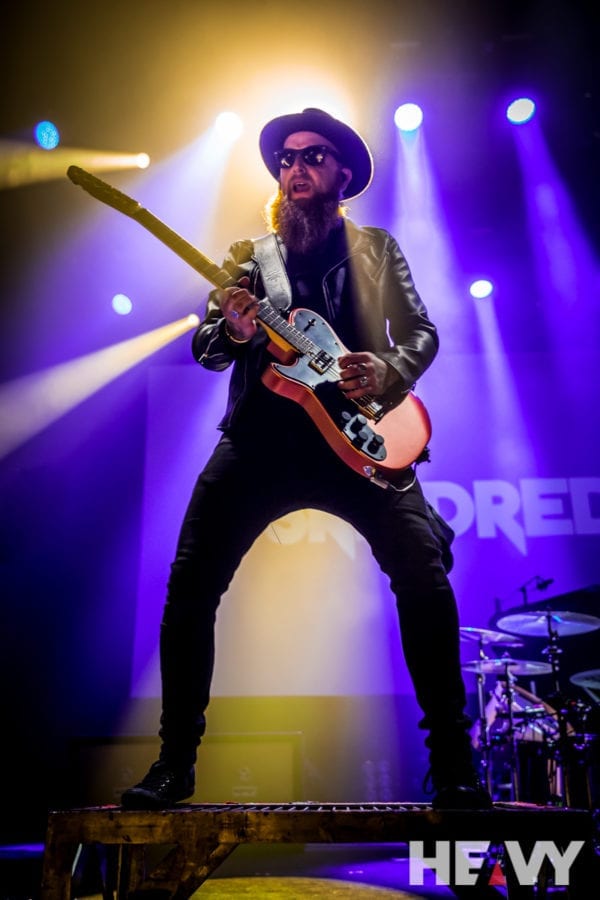 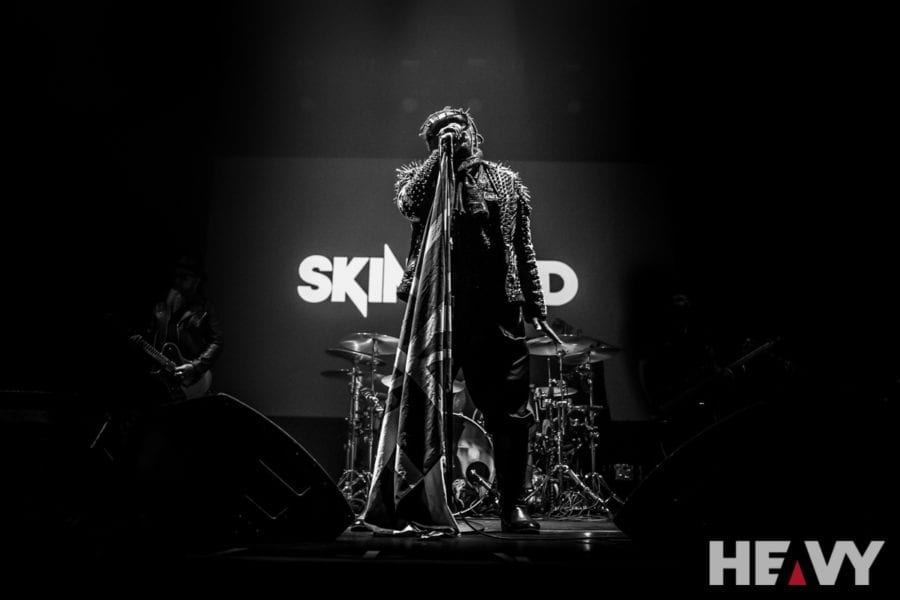 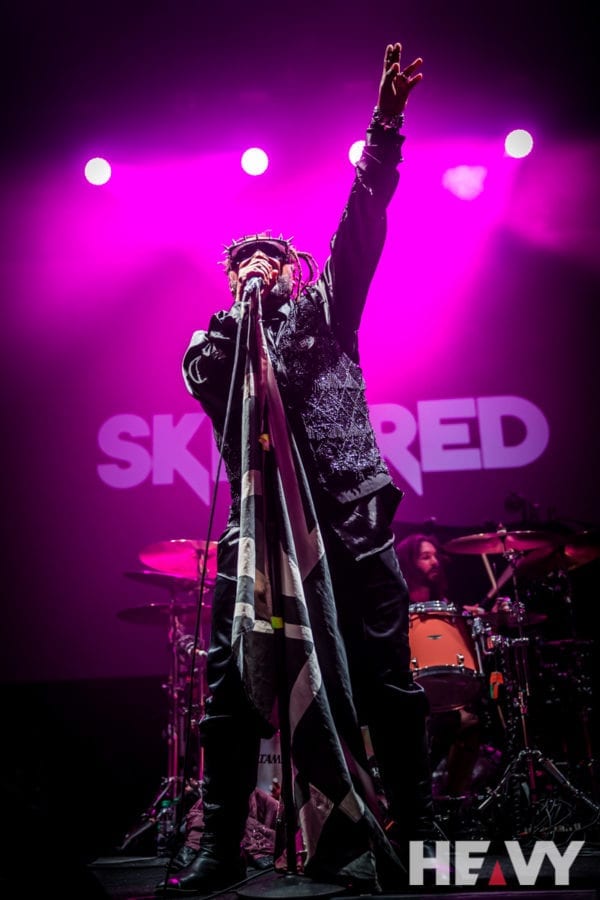 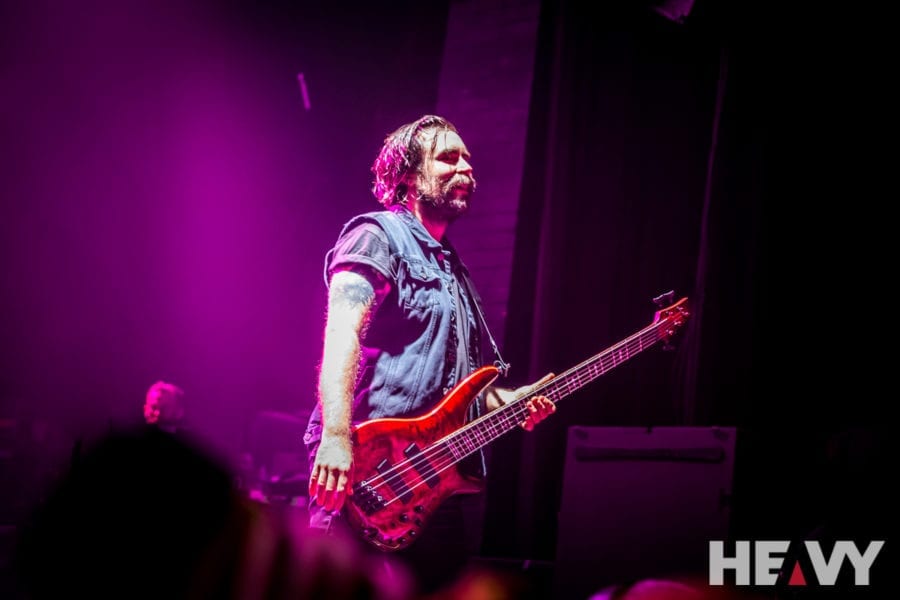 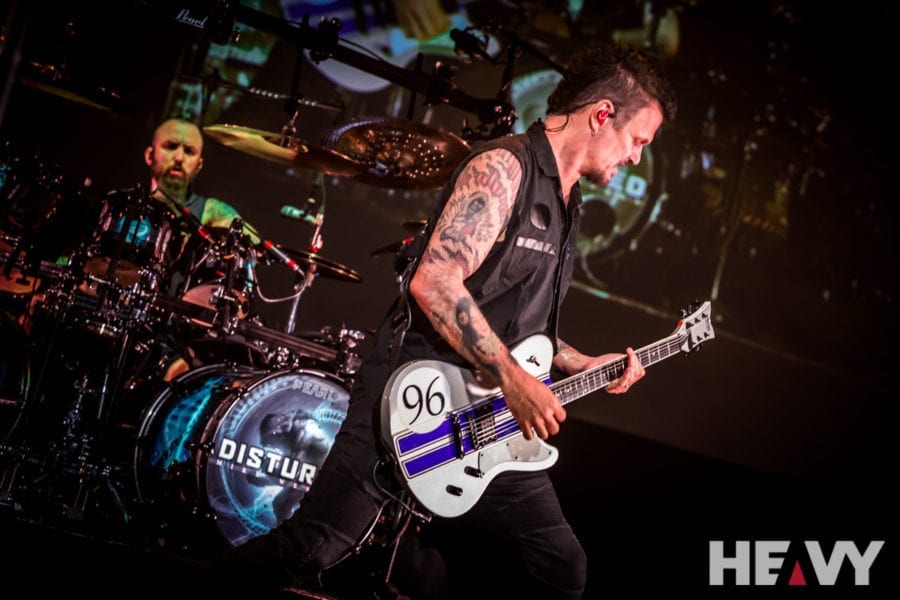 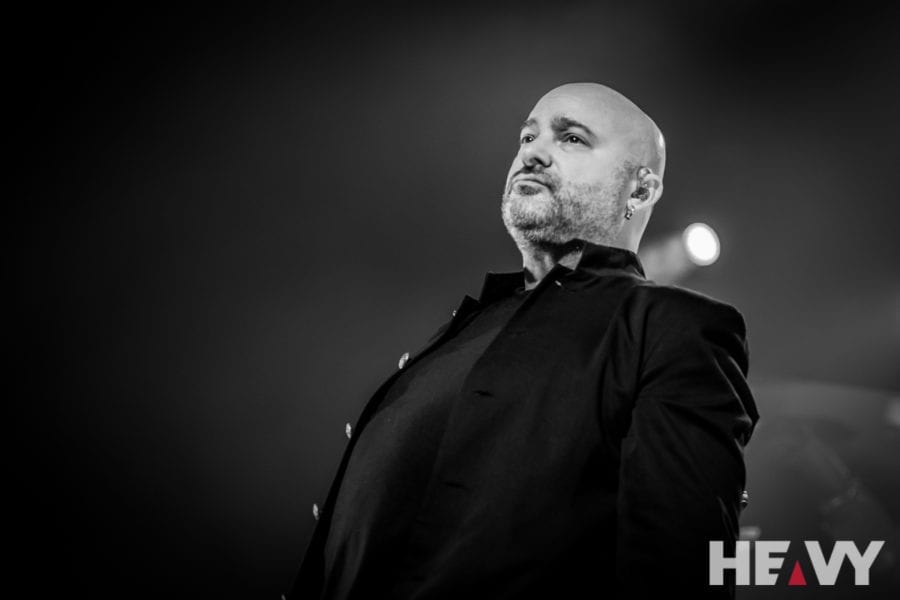 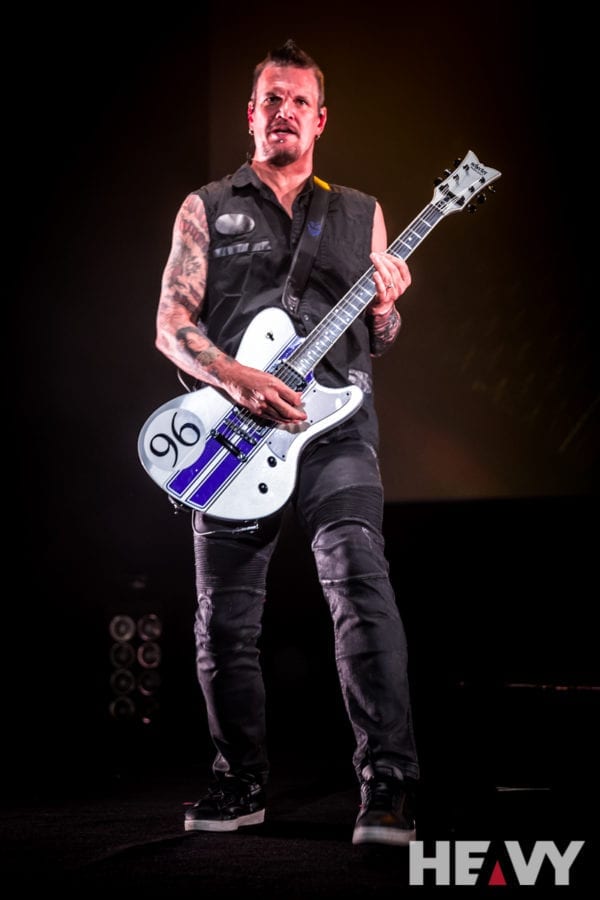 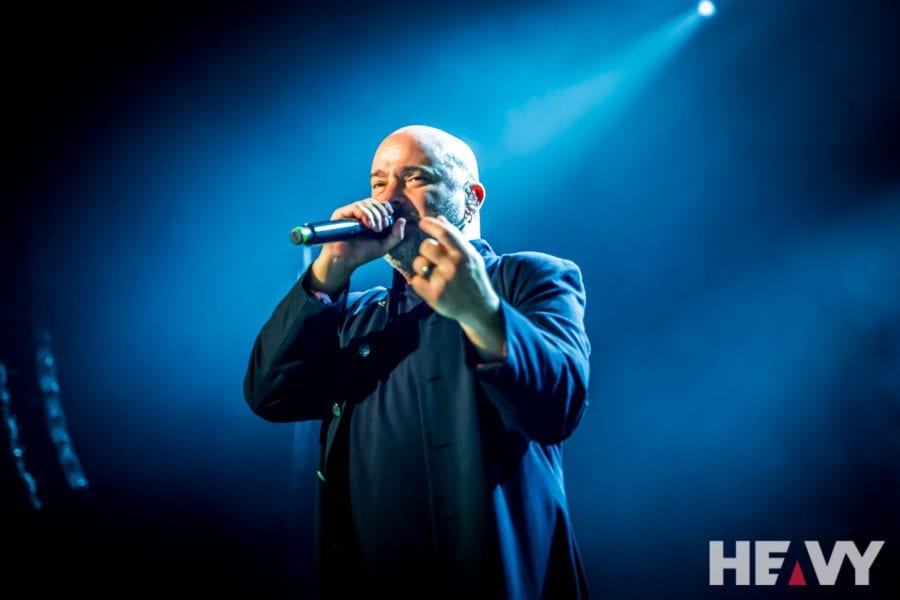 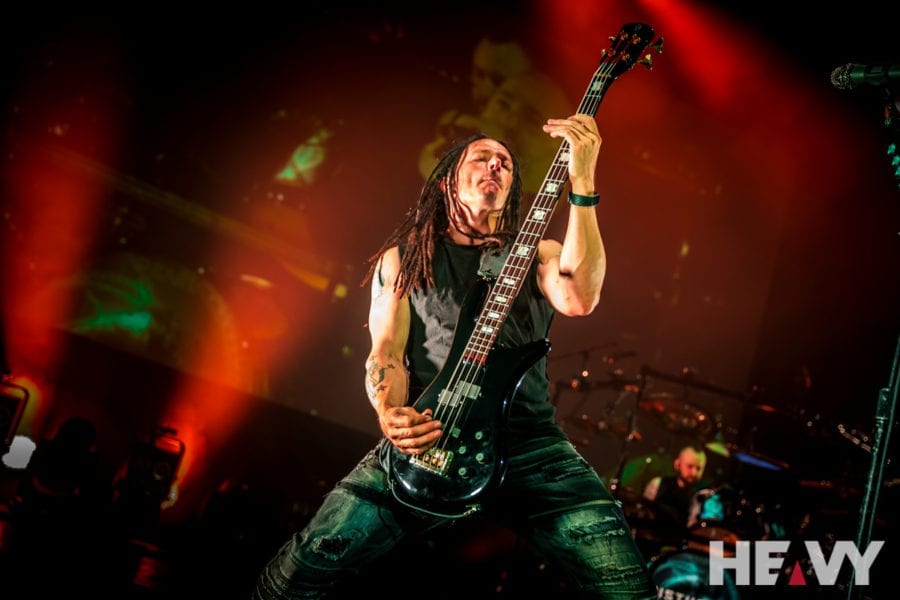 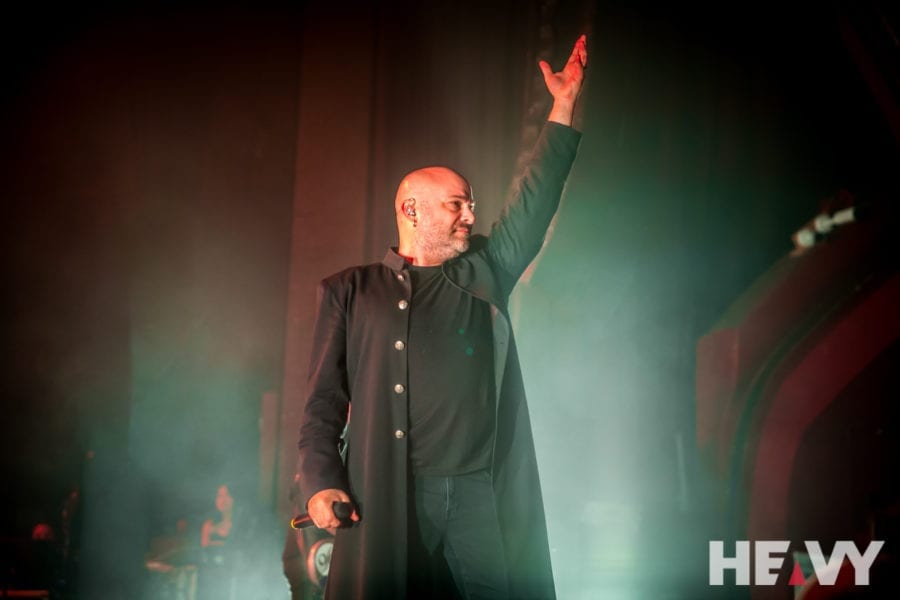 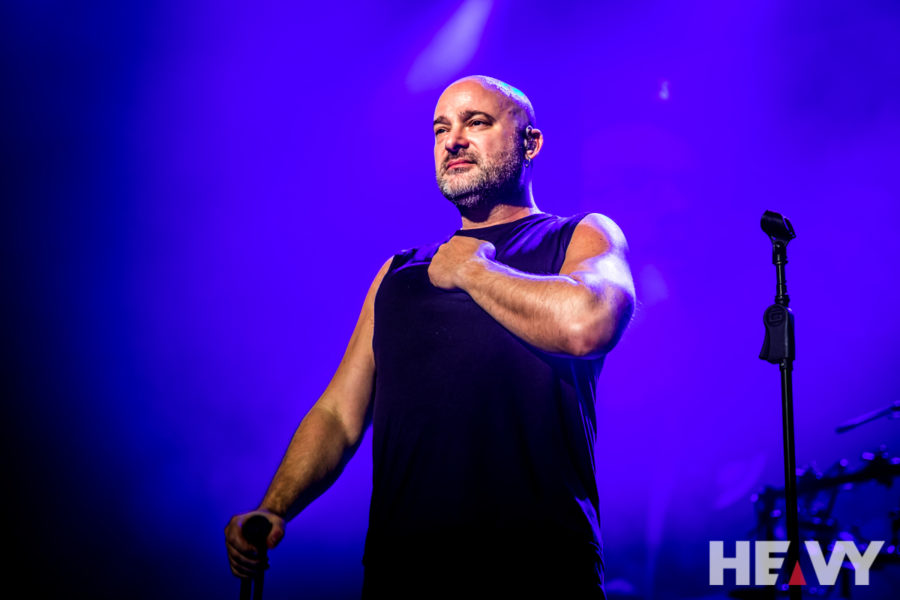 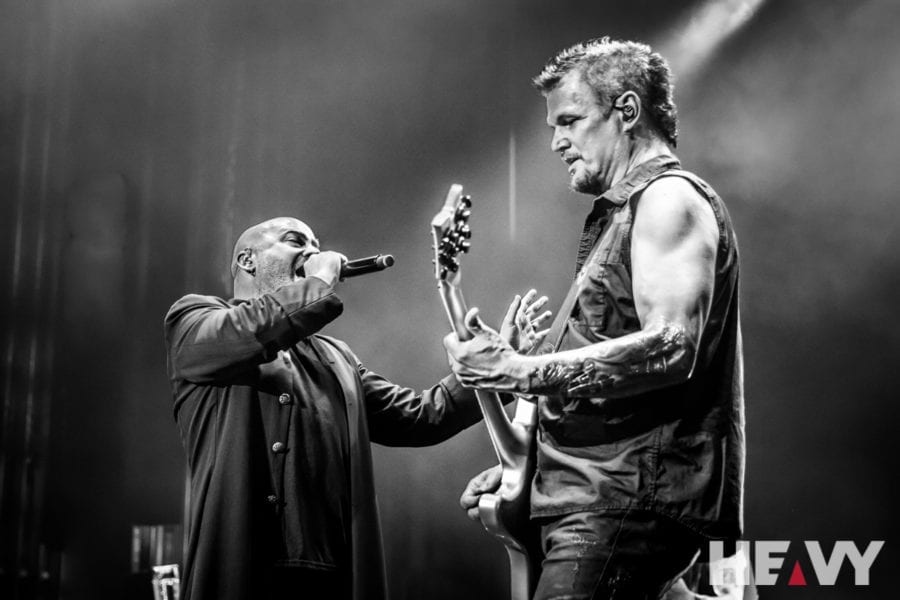 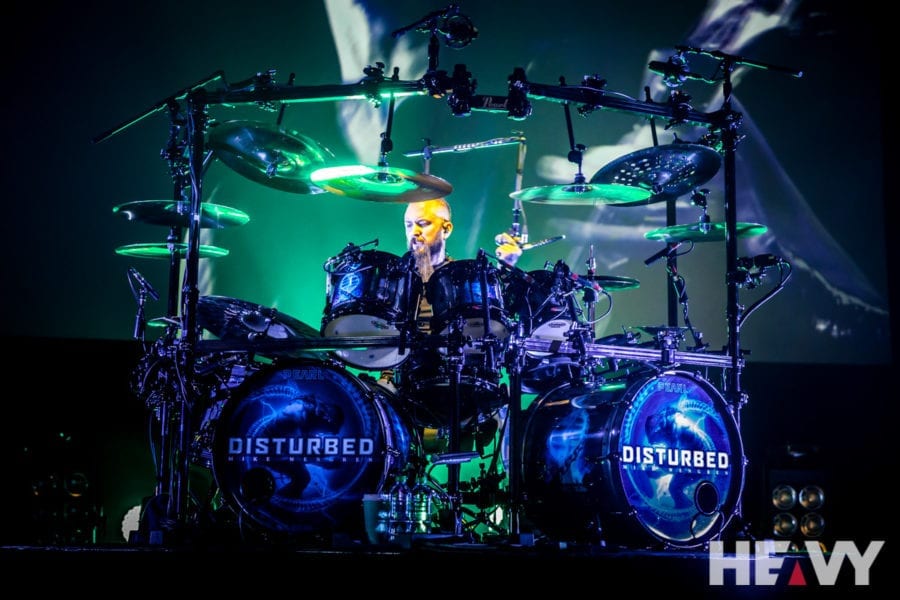 PrevPrevious.AVANTASIA at The Forum, Melbourne 14/4/19
Next.DISTURBED and SKINDRED at Manchester Apollo, Manchester on 14/05/2019Next