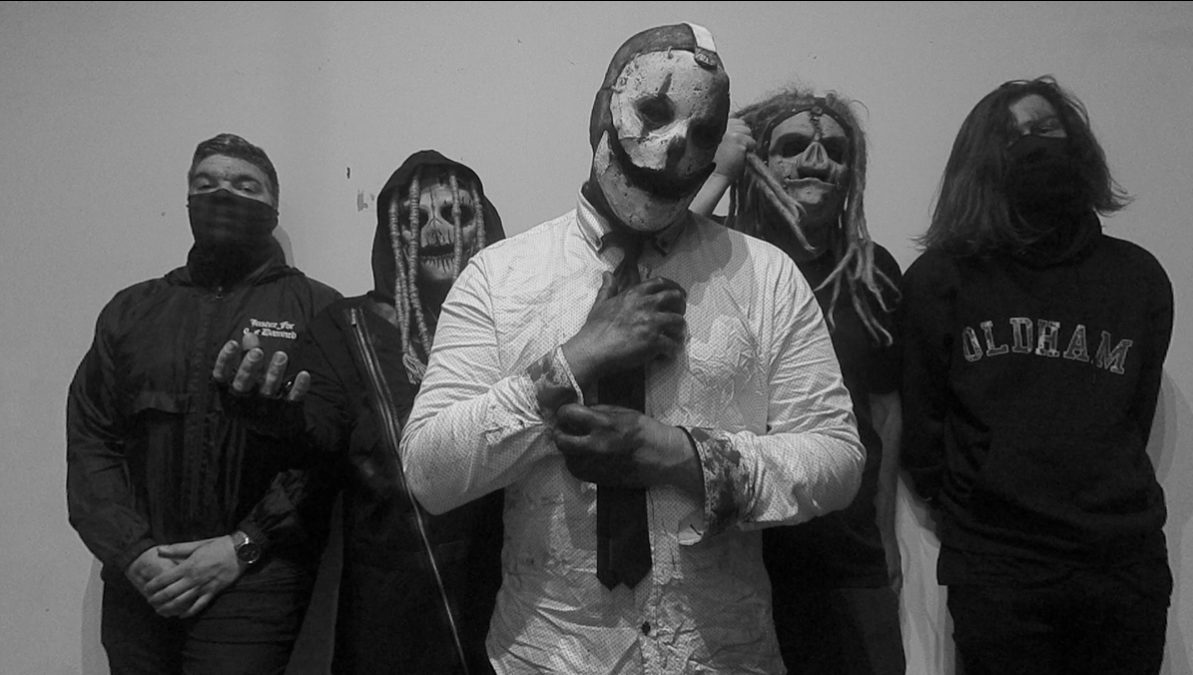 On a whirlwind last tour that only took in Cairns, Diskust promised a quick turnaround and have delivered with the announcement today of the Cut-Throat FNQ Tour which will also take in Townsville later this month.

Diskust have spent the last twelve months refining and improving their live performance and celebrate that early in 2021 with the release of their latest single “Cut-Throat” to coincide with the tour.

Not content to just spread their own metal wings North, Diskust have invited good friends and ‘petrol rock’ Brisbane outfit Piston Fist for the mission, adding a rock dimension to the brutality with a stunning one-two knockout punch sure to leave FNQ nursing sore necks!

The Ross Island Hotel in Townsville is in the firing line on January 23, with Bigfoot Mafia making the trek from Cairns and local metal masters Amagon rounding out the bill. Tickets are $10 pre-sale from the venue or $15 on the door with the musical onslaught set to ignite from 6 pm.

Australia Day (January 26) sees Diskust and Piston Fist headline the Rage Against The Serene 2 mini-festival at AJ Hackett in Smithfield, Cairns, with the legendary Cairns Rage Against The Machine Tribute band re-forming for the special occasion.

Gold Coast metalcore/punk/metal hybrid Awake In Time will also be joining their Southern brothers for the Australia Day show in what will be the official launch party for Diskust’s new single “Cut-Throat”.

Tickets are available pre-sale from the venue for $20 or $30 on the door.

Bands start at 11 am until late. 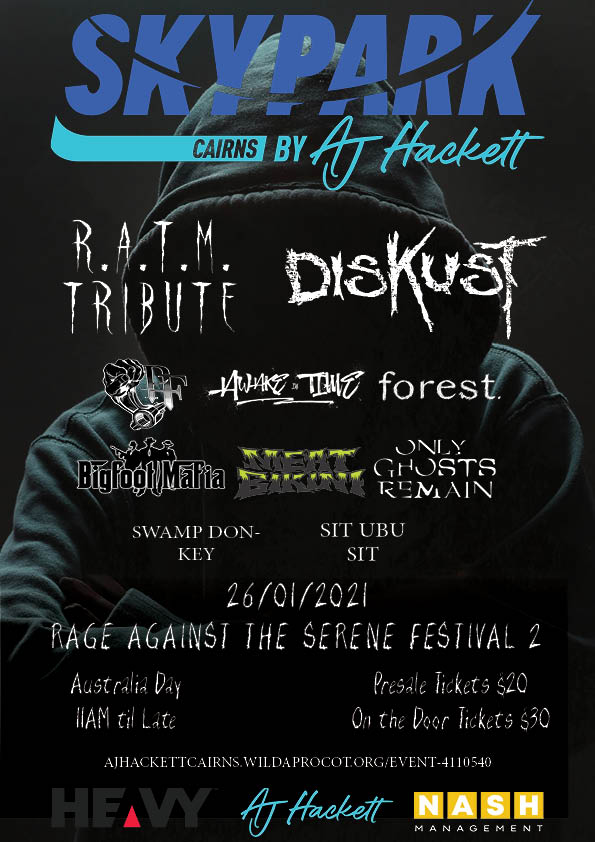 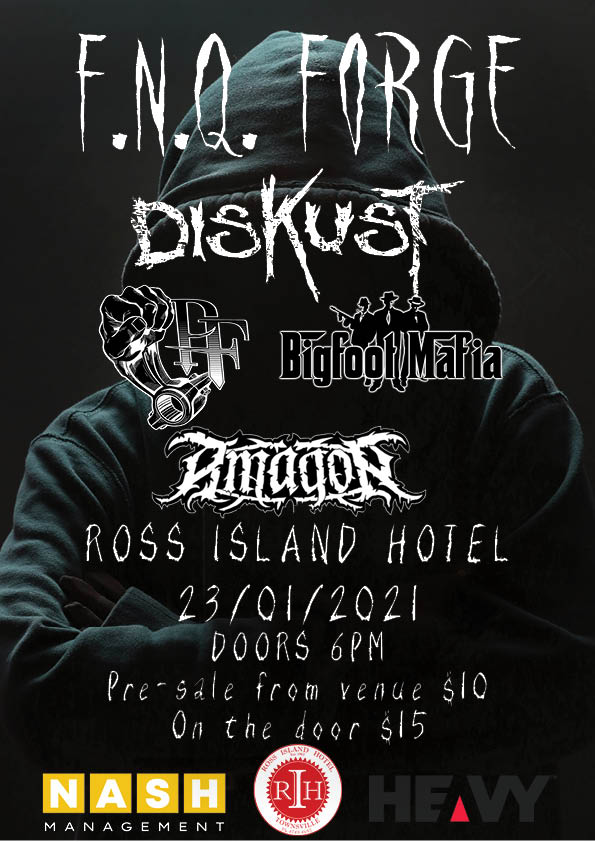