DISENTOMB And All The Light We Cannot See 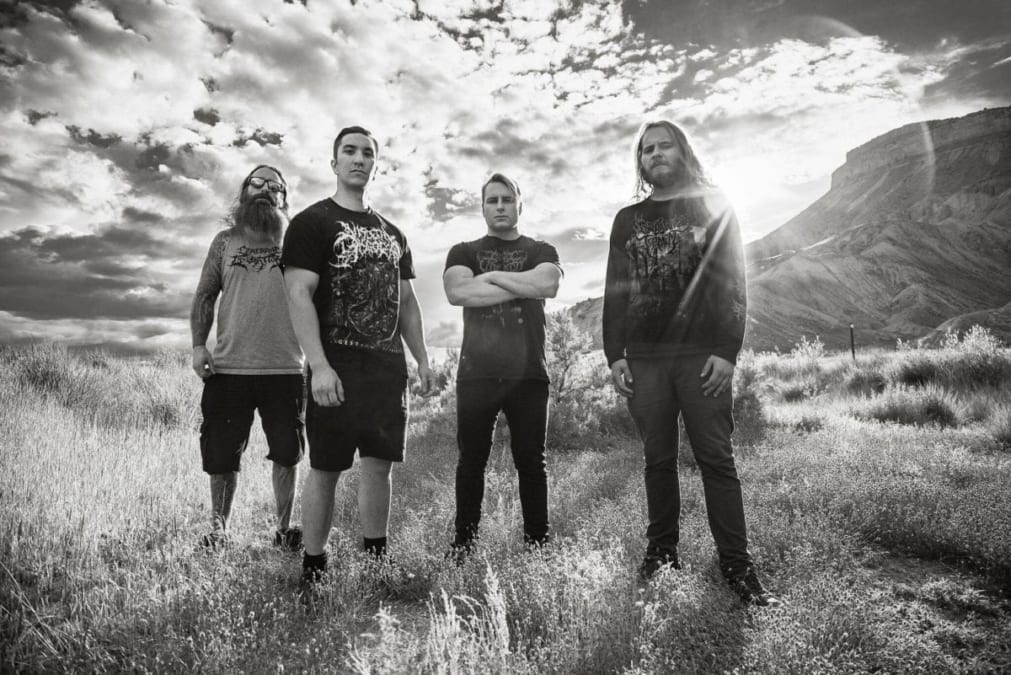 With the imminent release of Brisbane natives Disentomb’s third album The Decaying Light and their upcoming national and international tours, guitarist Jake sat down with HEAVY Mag to discuss their new album, the bands influences and staying true to their death metal roots.

“When we were writing this one we were lucky to have a clear direction of what we wanted to do. The first album, we’d already done that style, second album, did that. So it was just a natural progression onto this one,” Jake says.

“We didn’t want to keep writing the same album over and over. We didn’t want to write a carbon copy of Misery [2014], we wanted to progress by putting more things into the songwriting rather than straight out brutality.”

Delving further into the songwriting behind The Decaying Light, Jake elaborates on their intention and approach.

“To keep people’s interest there’s more in the songwriting and composition and trying to get feeling into the songs as well, which I feel is something that doesn’t happen in a lot of death metal.”

Disentomb are dedicated solely to bringing traditional old school death metal into the new world. They are pushing back against all manner of new bands insistent on using the djent route to try and capture attention.

Instead, they’ve held fast to the ways of old and formulating new ideas and innovations to death metal, which have made them recognised and admired internationally.

Jake agrees: “We have always had an idea of what we wanted to write,” he says.

“We never consciously tried to write something different to other bands, we just wrote the music that we wanted to write. We weren’t into djent when it got huge, we were into Disgorge, Brodequin and Deeds of Flesh; [we’re] influenced from a product of our environment.”

In a world full of thousands upon thousands of metal bands trying to get noticed, standing out and being recognised is no easy task. After a decade of existence, Disentomb are definitely doing something right.

With numerous international headlining tours and festival appearances, not to mention supporting some of the greatest death metal bands in the world here in Australia, Jake ponders and reflects on what raises Disentomb above other bands.

“What it comes down to is the mix of us as people,” he surmises.

“We all have exactly the same direction, we don’t have different ideas pulling us in all different directions; we know exactly what we want to do and that’s how we’ve always kept it.

Continuing, Jake elaborates on the development of their sound and how specifically his eclectic musical tastes formulate some of Disentomb’s sonic identity.

“We don’t go into writing songs trying to be different than everything else,” he says.

“We are all influenced by what we’re influenced by and want to put that into songs that we write. I’m into all types of music: techno, tons of rap – mainly compositional things.

“I analyse a lot of music I listen to, like a lot of musicians do…I pick up on some of the strange things that they do in composition like rap and the way they set out verses, then take that setout and apply it to a riff and make something different to anything people have heard, drawing influence from a totally weird and different place.”

The Decaying Light is out 12 July.