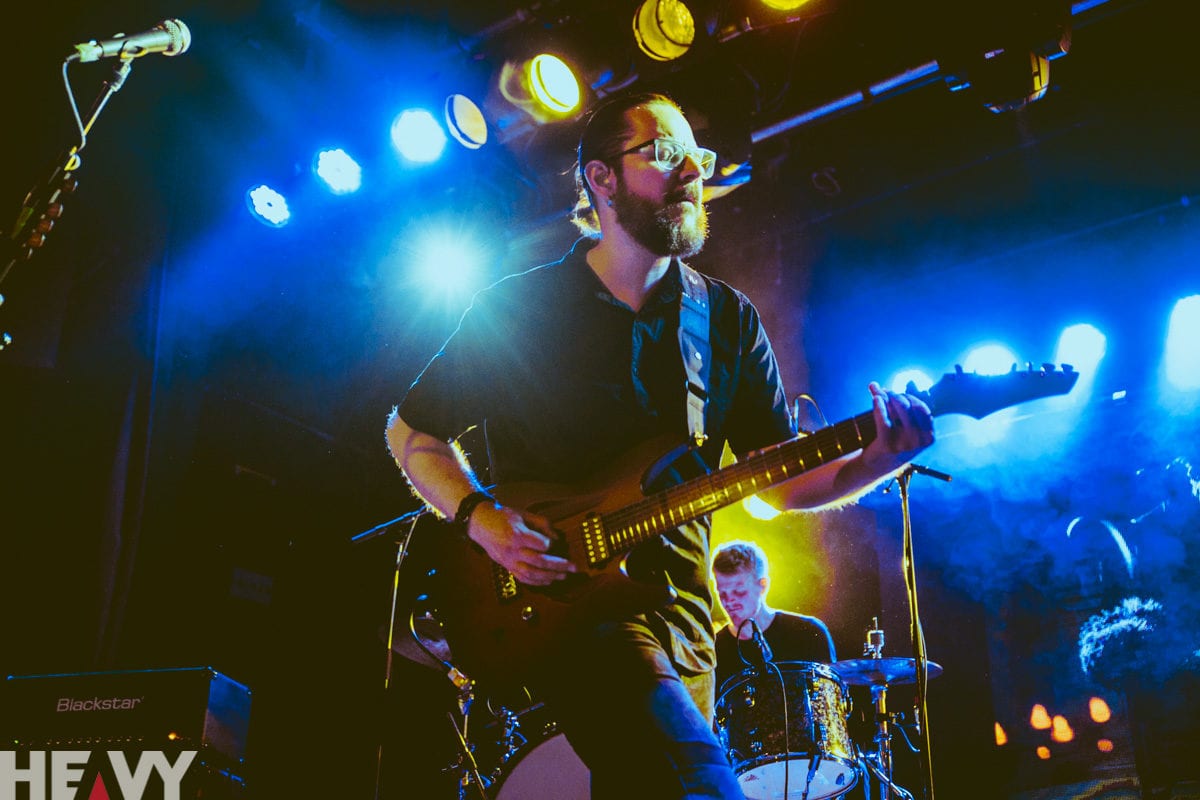 With Direct Touring’s second crack at a metal festival bringing together acts as far-flung as America, Belgium, Norway, Austria and New Zealand, it was heartening to see local opening act Encircling Sea hold their own as one of the bands of the night. One naturally can’t help but wonder why more local bands weren’t given the opportunity to ply their trade amongst the international heavyweights. Clearly, the local hordes weren’t taking their own for granted in arriving early. For the opening act to set such a high standard, another local band amongst a generally foreign line-up wouldn’t have hurt; and surprisingly, the sparseness of the pit at the end of the night made it clear the biggest names aren’t always the biggest drawcards. Encircling Sea’s triple-guitar attack and bellowed dual vocals traverse the modern approach to extreme metal, reflecting acts like Twilight and Neurosis at varying points. The punishing nature of their sound takes them to a level of heaviness and originality that aligns them comfortably those aforementioned bands, captured perfectly on their latest release ‘Hearken’. Loosely translating to ‘sudden infant death syndrome’, Wiedegood lack bass and generally use single kick blasts resulting in shrill sounds akin to Blut Aus Nord at times. The punishing swells of white noise were somewhat incongruous to the occasional digression toward clean guitars which attempt to induce emotive overtones but generally fell short. Whilst not wholly dissatisfying, Wiedegood represent a new front of black metal that eschews with the theatrics and confrontational nature of traditional black metal into something that can be plain at times. 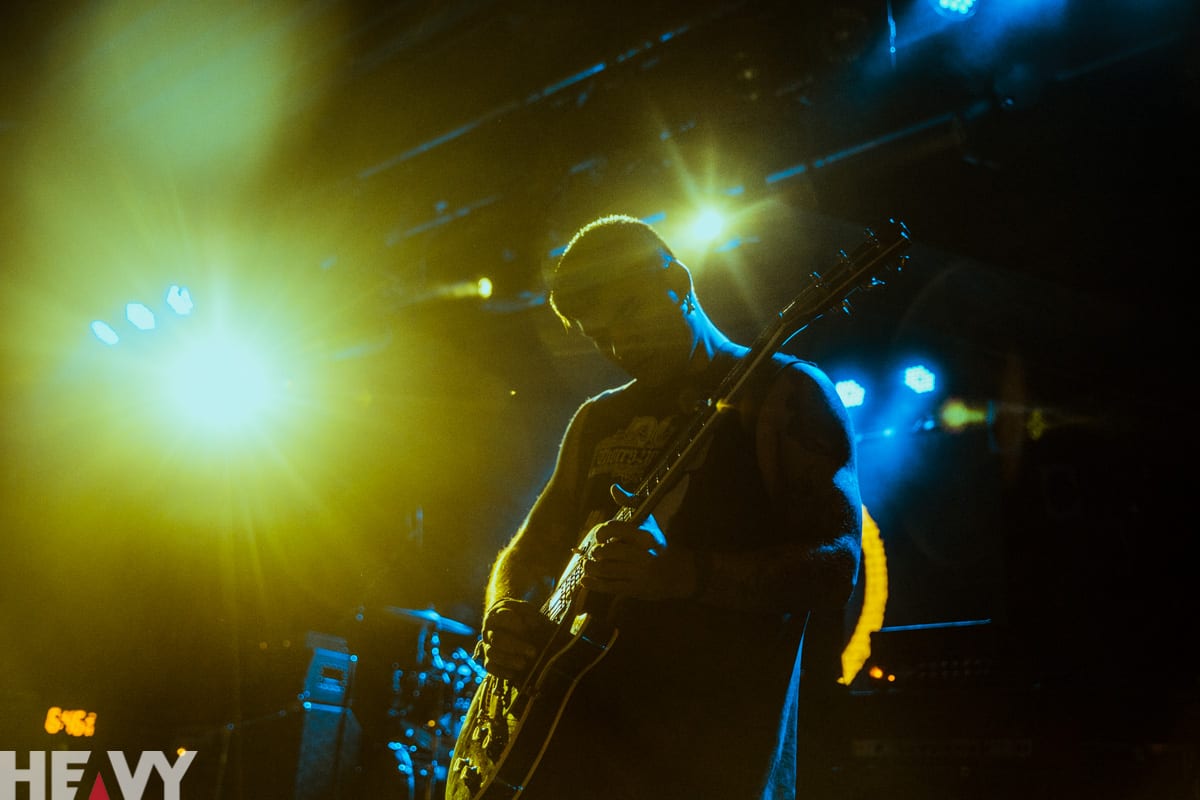 Accounting for this were Diocletian. Before the band played a single note, hearing bassist and vocalist Rigel Walshe run through Mayhem songs in sound check with his grinding bulldozer bass tone ensured a return to traditional blackened death. With inverted Southern Cross projected behind them, Diocletian returned the audience to the zealous blasphemy of years gone with songs like ‘Antichrist Hammerfist’. There is admittedly some cynicism in seeing a band like Diocletian effectively reform with one sole original member. One could argue that individual personality can be strong enough in some cases to carry the essence of that band alone. Others would argue that it is a pure exercise in egotism at best and opportunism at worst. In any way you look at it, Diocletian’s return was welcomed in large part by the metal congregation, with the rhythmic attack and stage presence of Walshe and drummer E.M standing out. 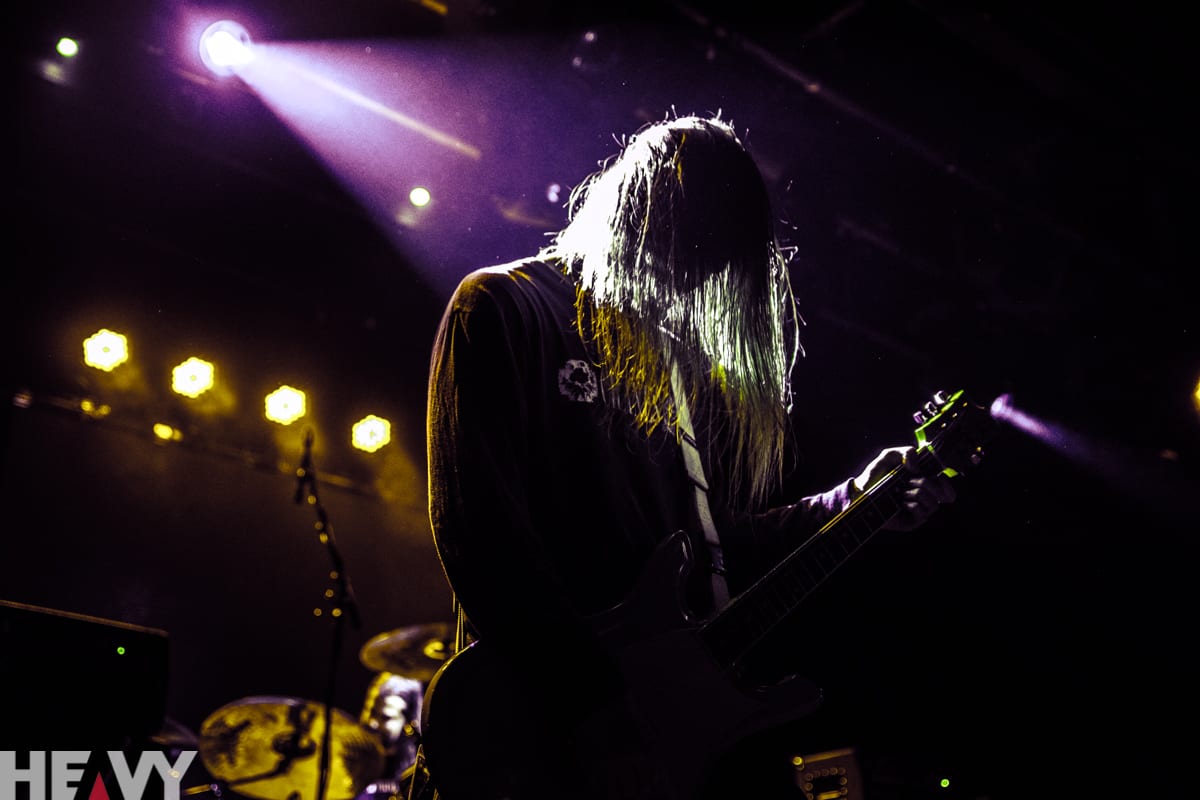 Revocation were the odd band out of the night, in part due to their sound generally being difficult to pinpoint. At times, there were elements of thrash, death and black metal. Combined with the stage banter and cheerfulness of frontman David Davidson, they were a band that some warmed to while others simply didn’t.  Such stage presence reminded this reviewer of bands such as Akercocke, whose similarly intense and faithful approach to extreme metal is offset by a somewhat unthreatening stage presence. Belphegor would have been a more logical progression from Diocletian, with the black metal aesthetic put unapologetically on display. Inverted blood stained crucifixes, animal bones, corpse paint and vaguely threatening to look metal objects enthusiastically embrace the ghost-train-grade aesthetic. While kitsch to some, the theatre of the performance enhanced music which occasionally lapsed into monotony. It was hard not to be either drawn in or amused by Helmuth’s unwavering commitment black-metal voice and the ceaseless windmilling. 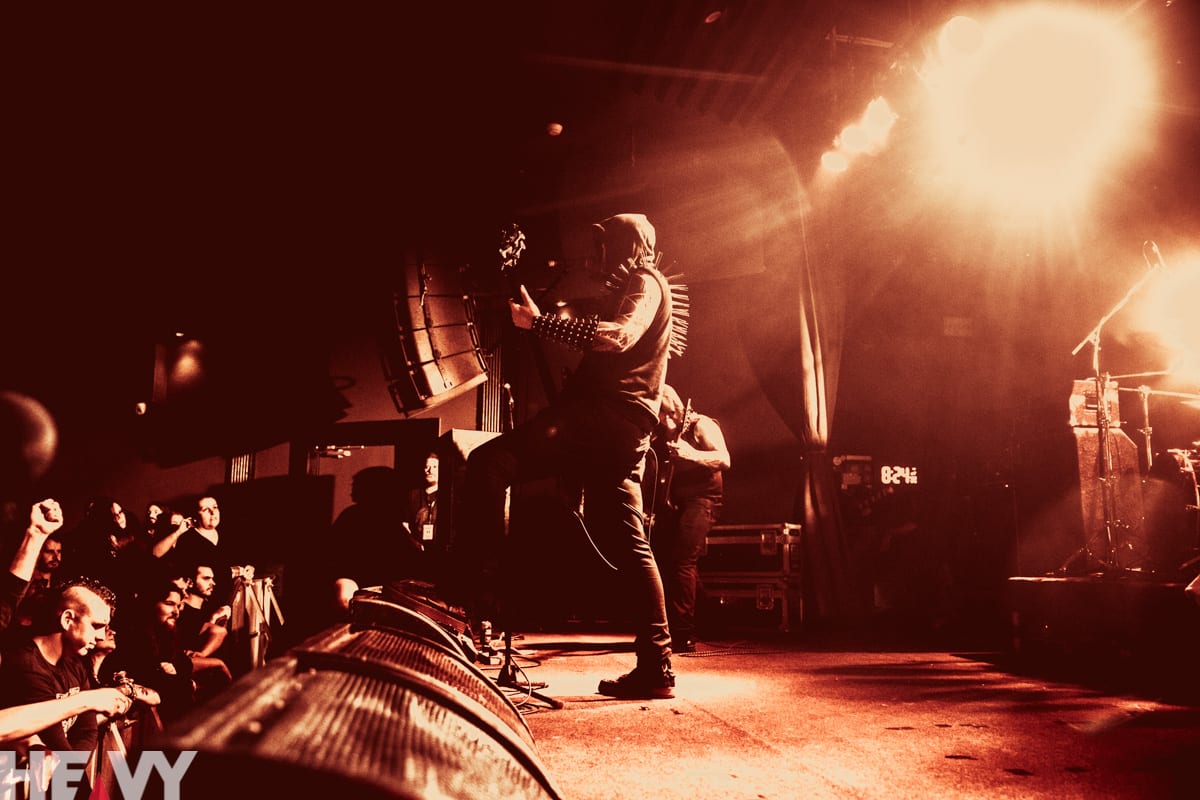 Jarringly, we found ourselves being hyped up by an MC to herald the arrival of Emperor frontman Ihsahn. With a keyboardist and twin eight-string guitars in tow, a bassist was not necessary and perhaps not in keeping with the progenitor of symphonic black metals treble-heavy approach. If the persistent tremolo picked guitars weren’t enough, the occasional forays into tandem guitar tapping and intricate keyboards would have excited guitar nerds. 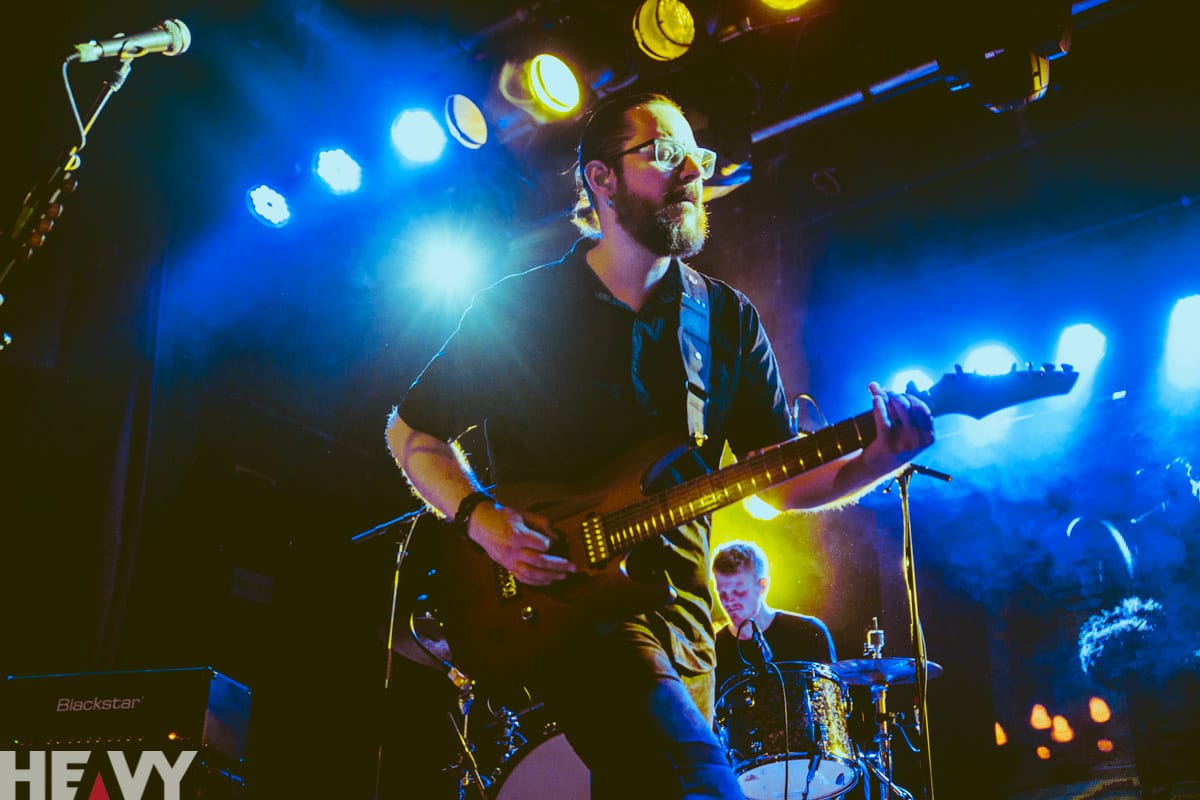 Fortunately, it never felt forced or overdone, with raw and polished performances perfectly balanced. Intermittent screams for ‘I Am Thy Black Wizards’ are reciprocated with performances faithful to the original, but not before Ihsahn has taken us through a large swathe of his solo material and other Emperor classics such as ‘Thus Spake the Nightspirit’. How foolish were those who left early to catch the last tram, or make sure they didn’t miss the alarm for work the next day? They missed certainly missed out. Although being only one, albeit important, component of Emperor, Ihsahn rendered those songs in a manner that would have only disappointed the stubbornly cynical. 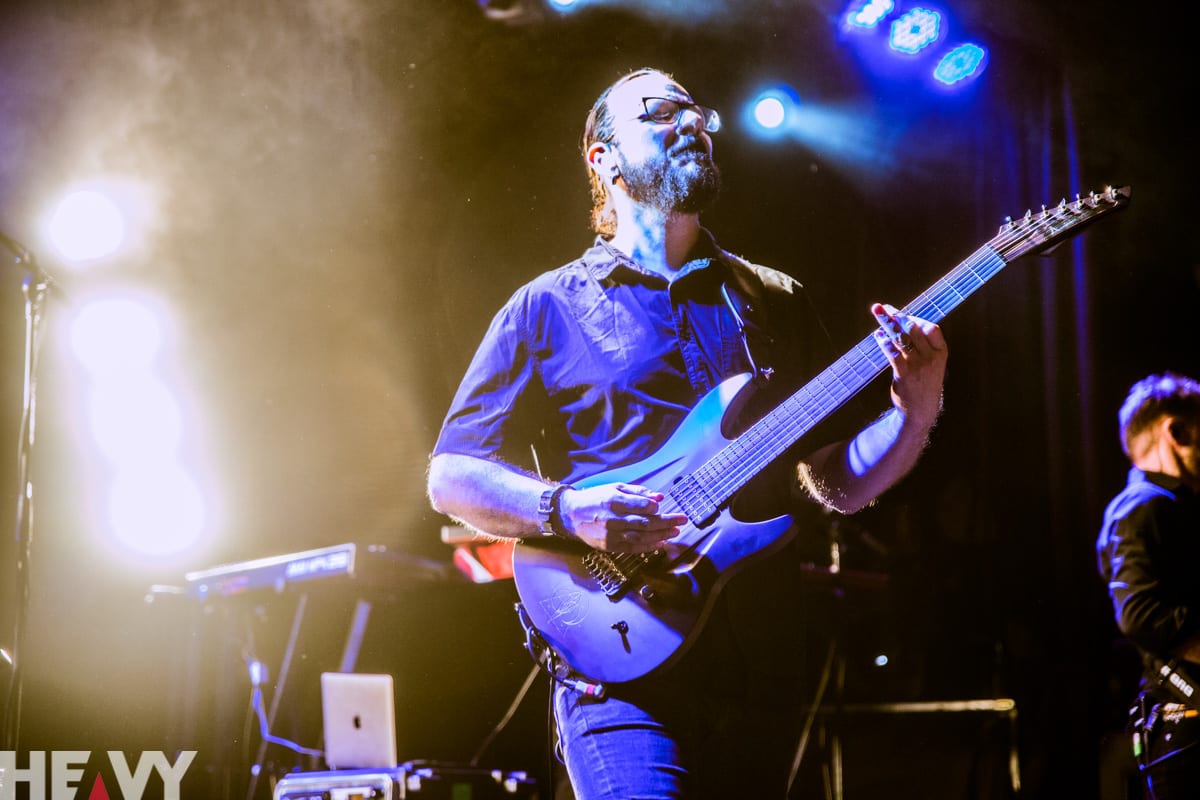 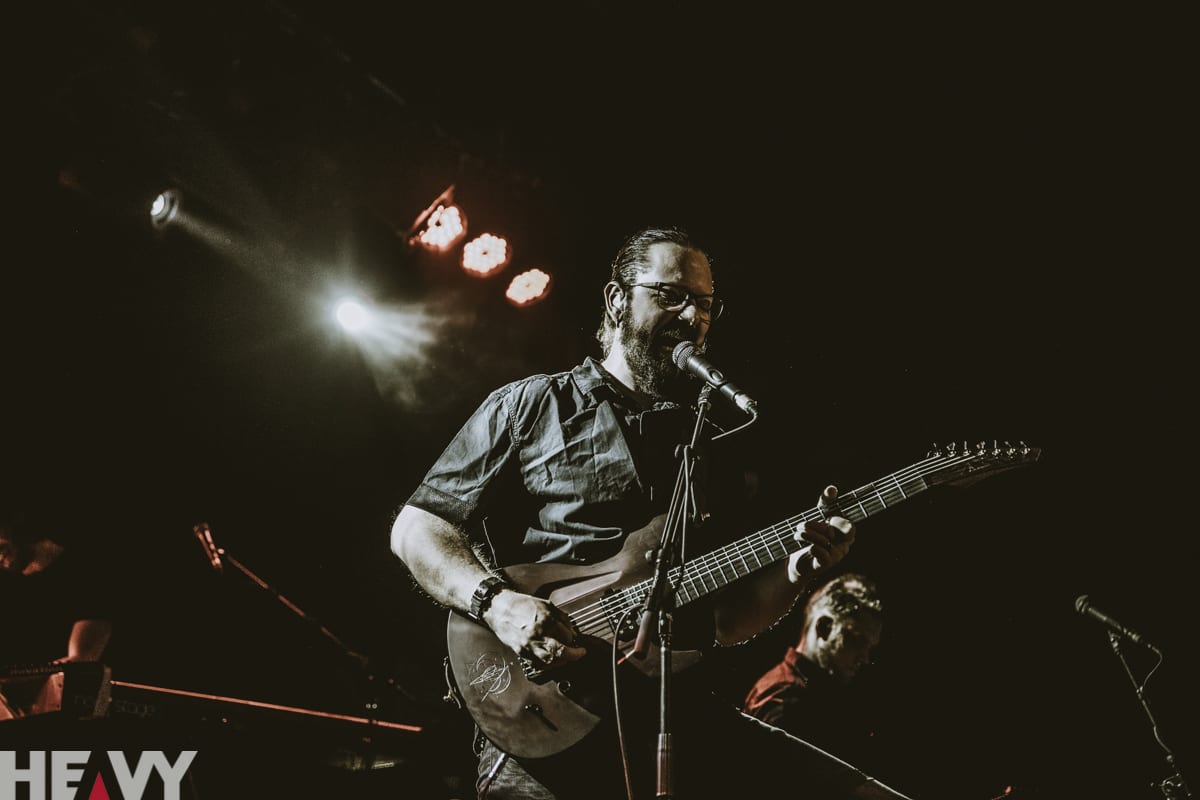 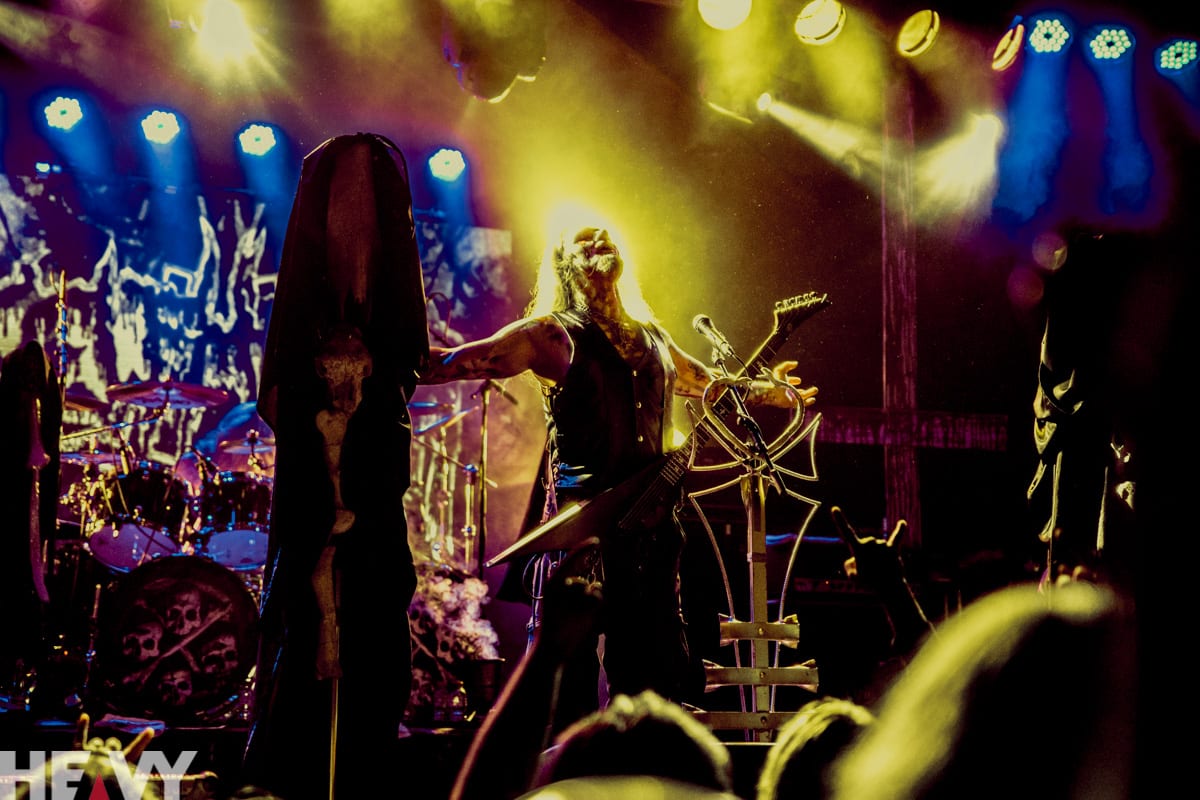 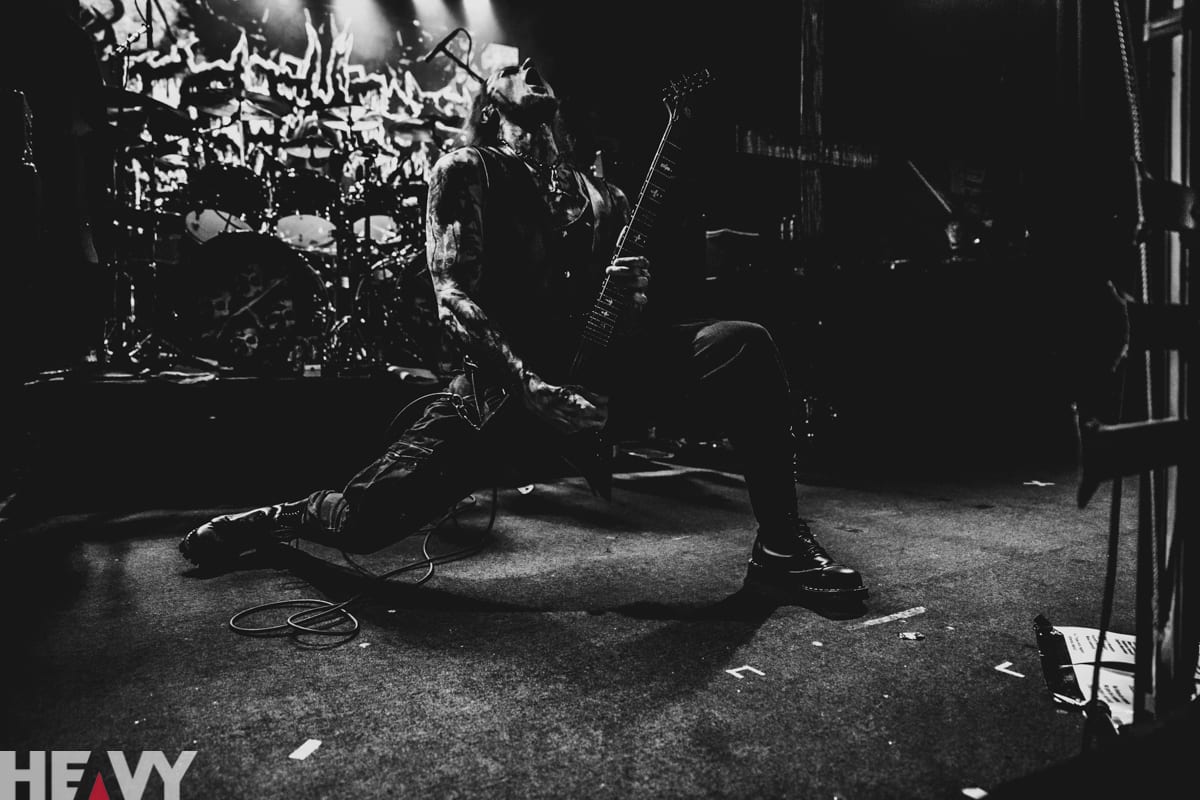 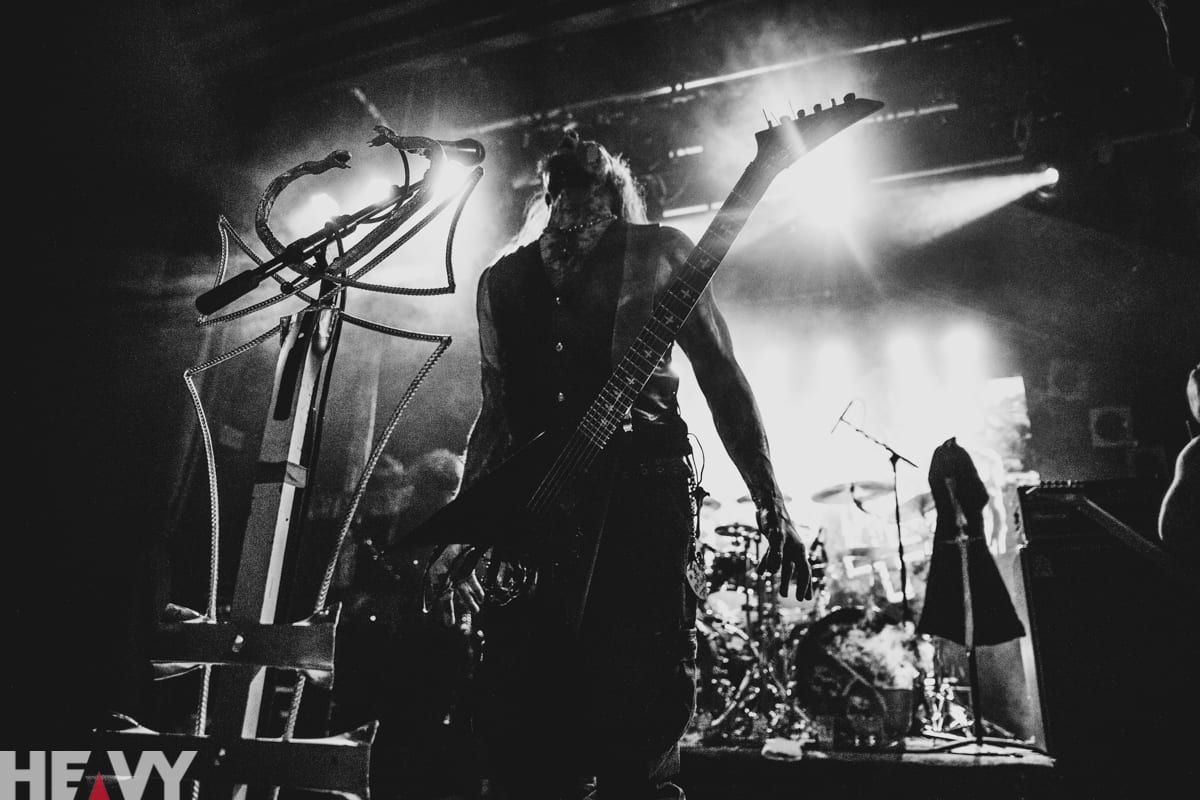 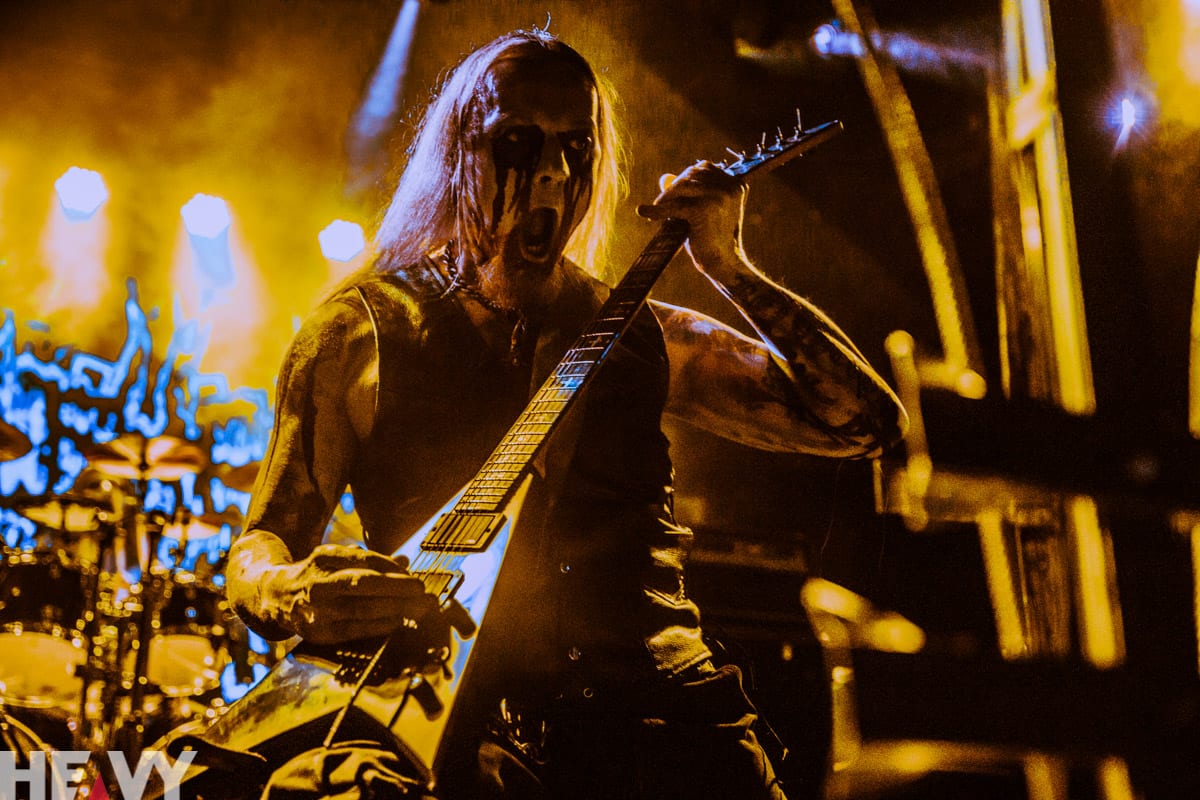 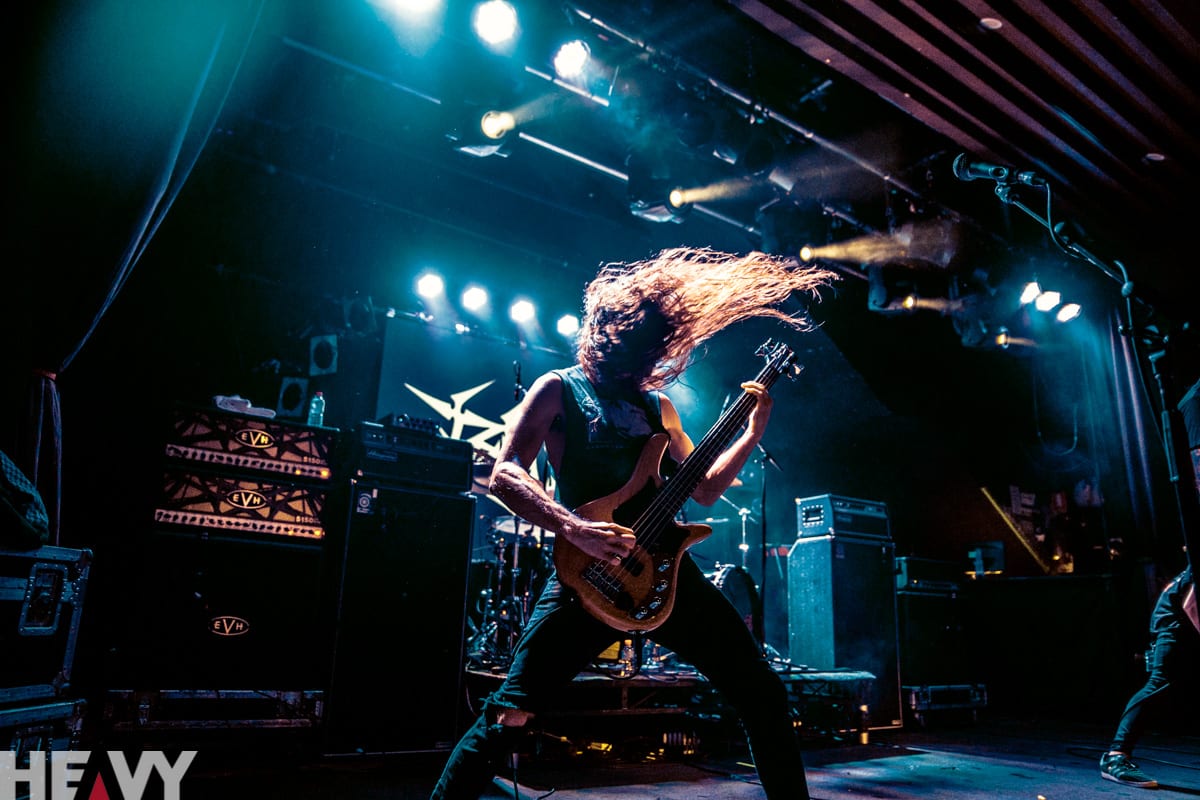 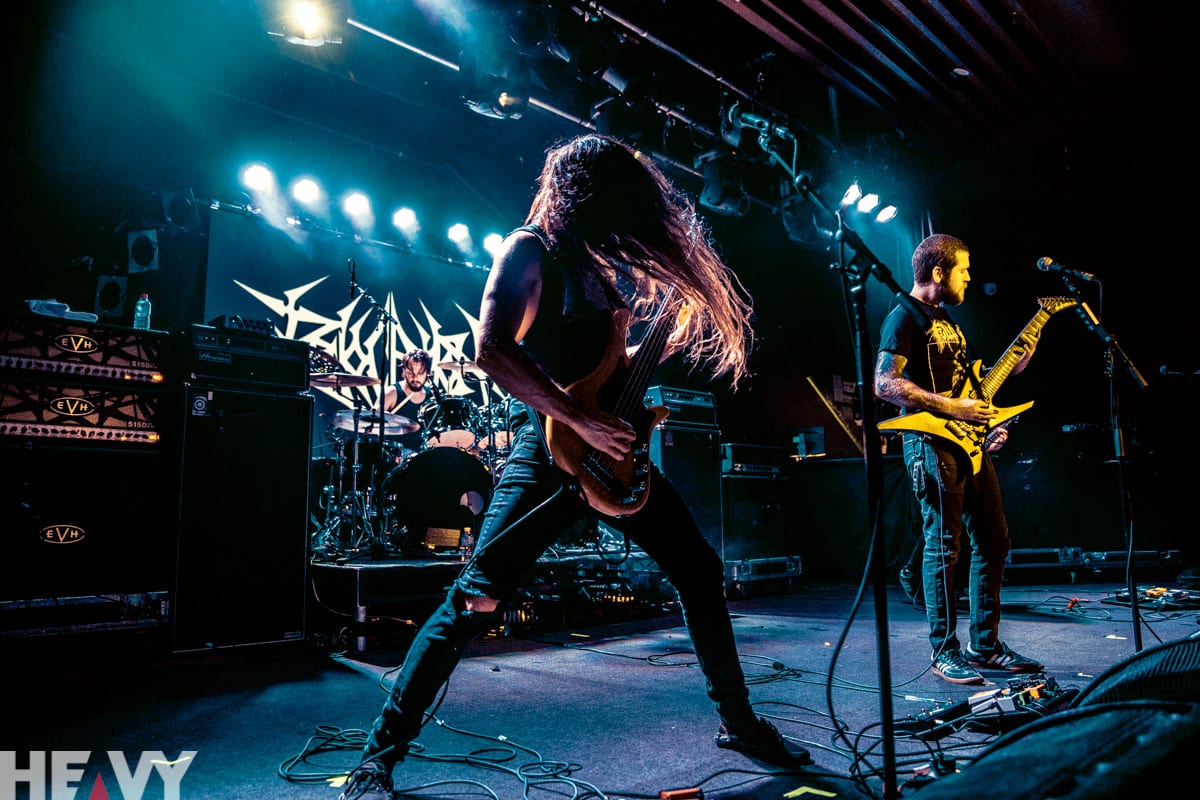 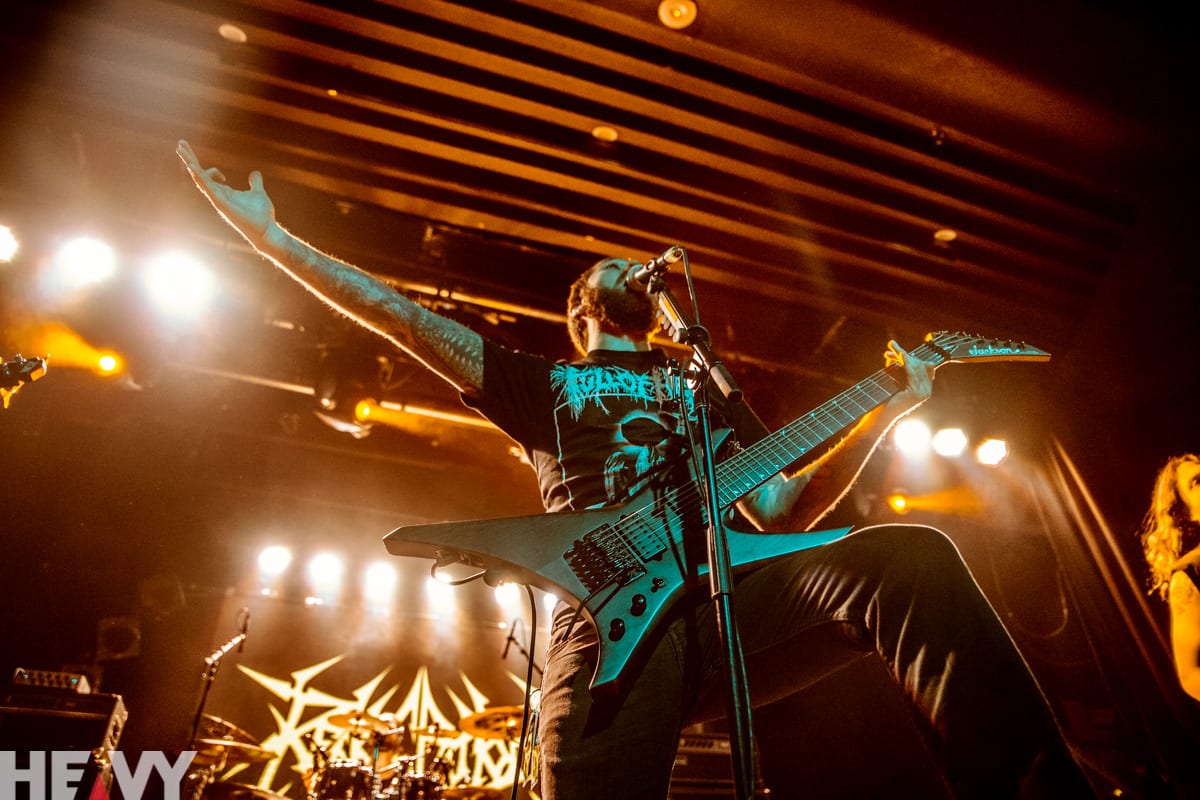 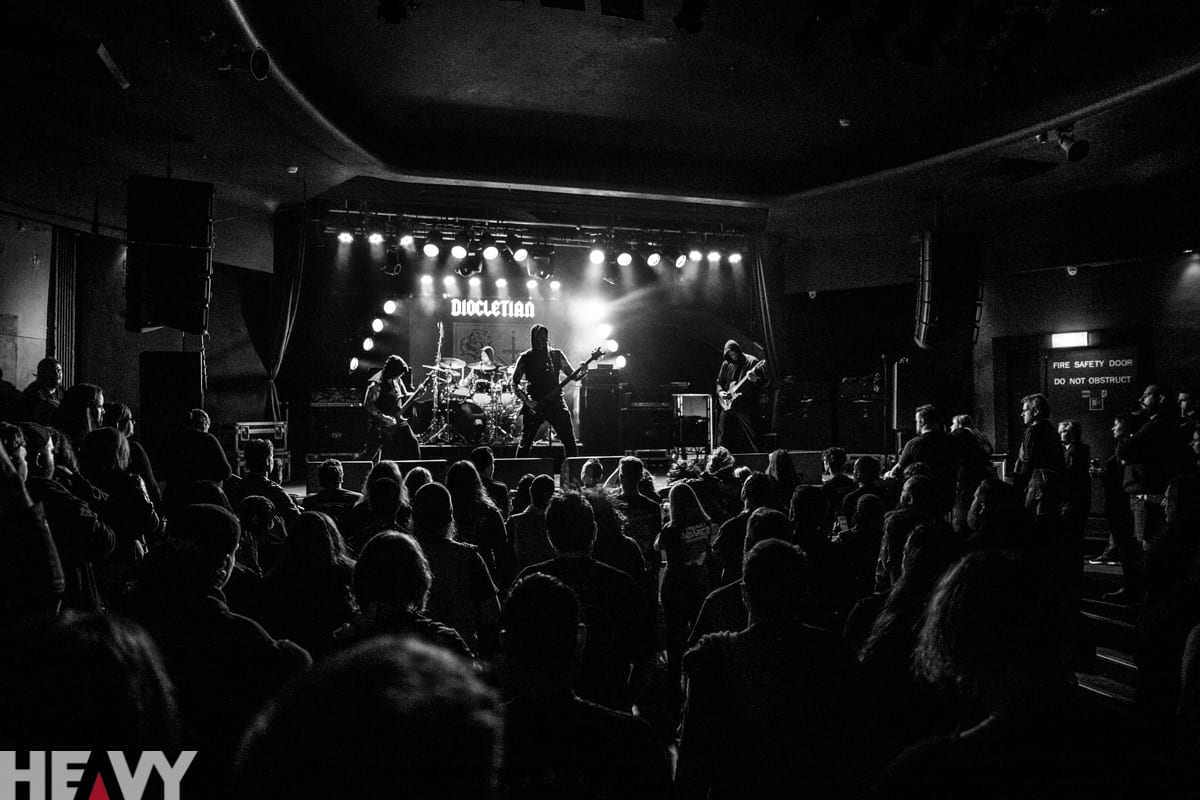 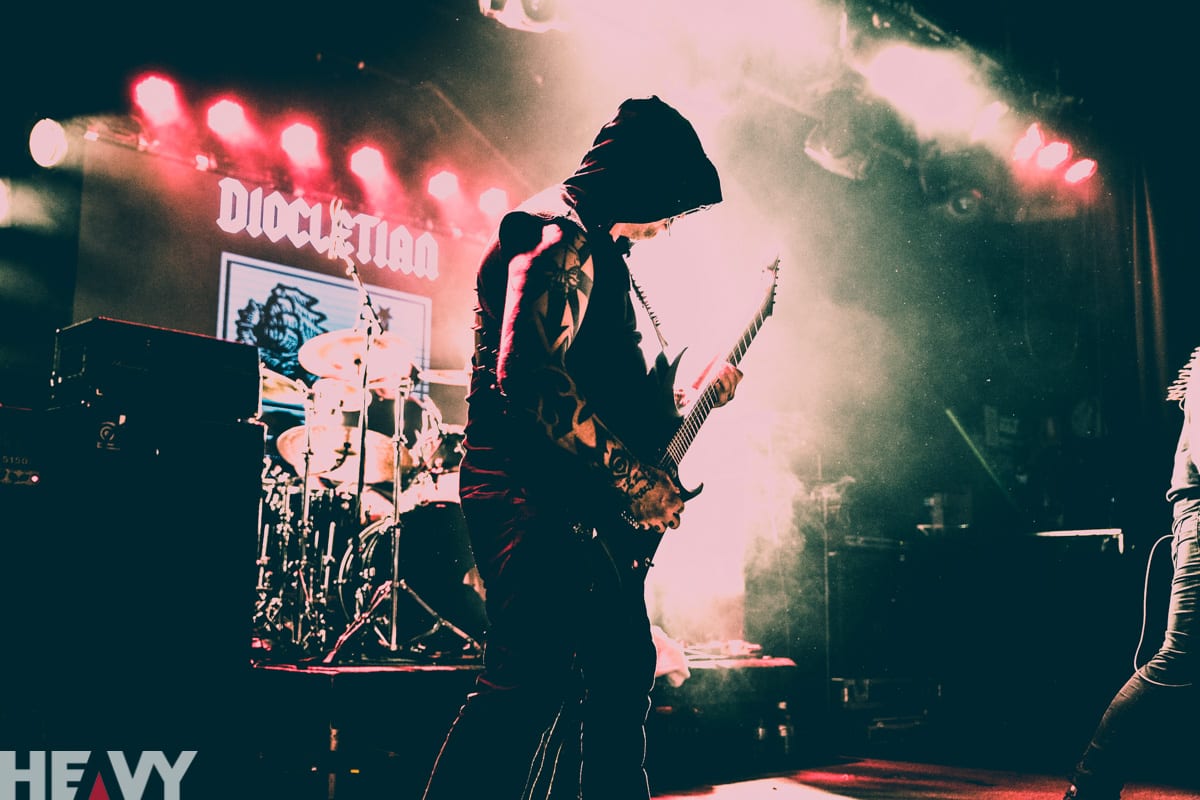 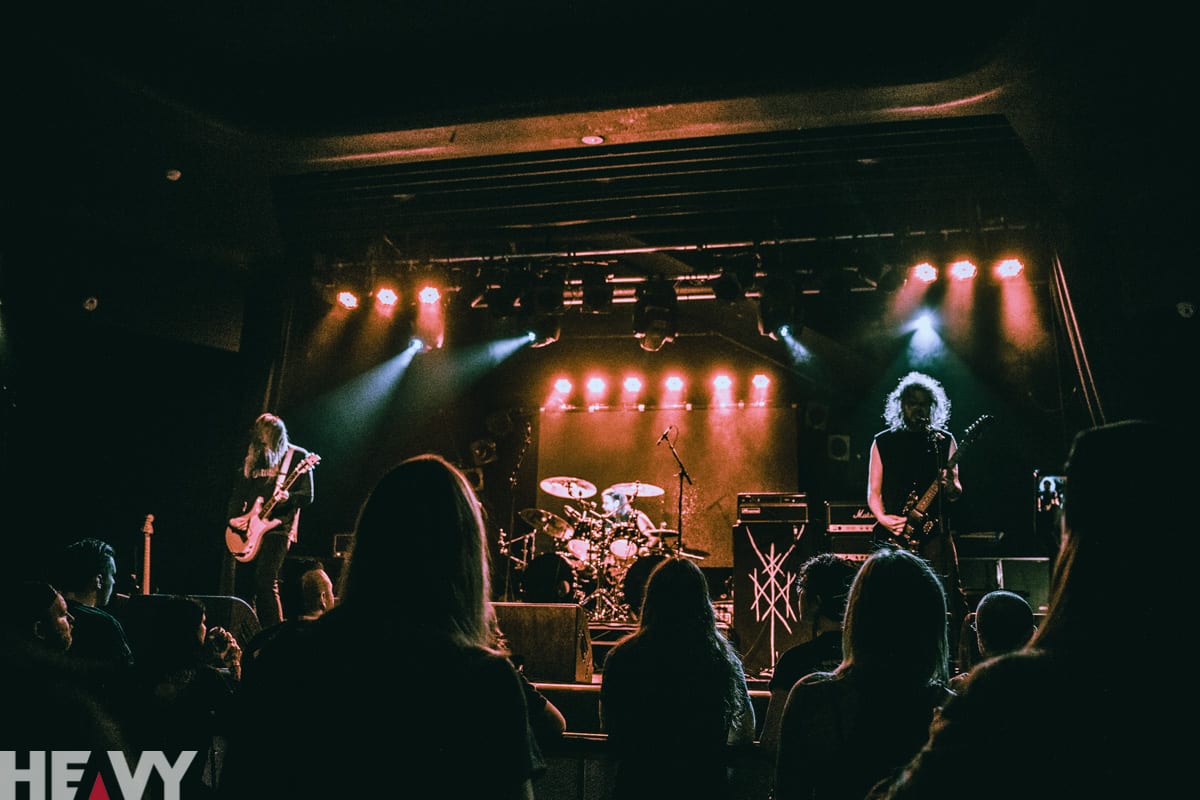 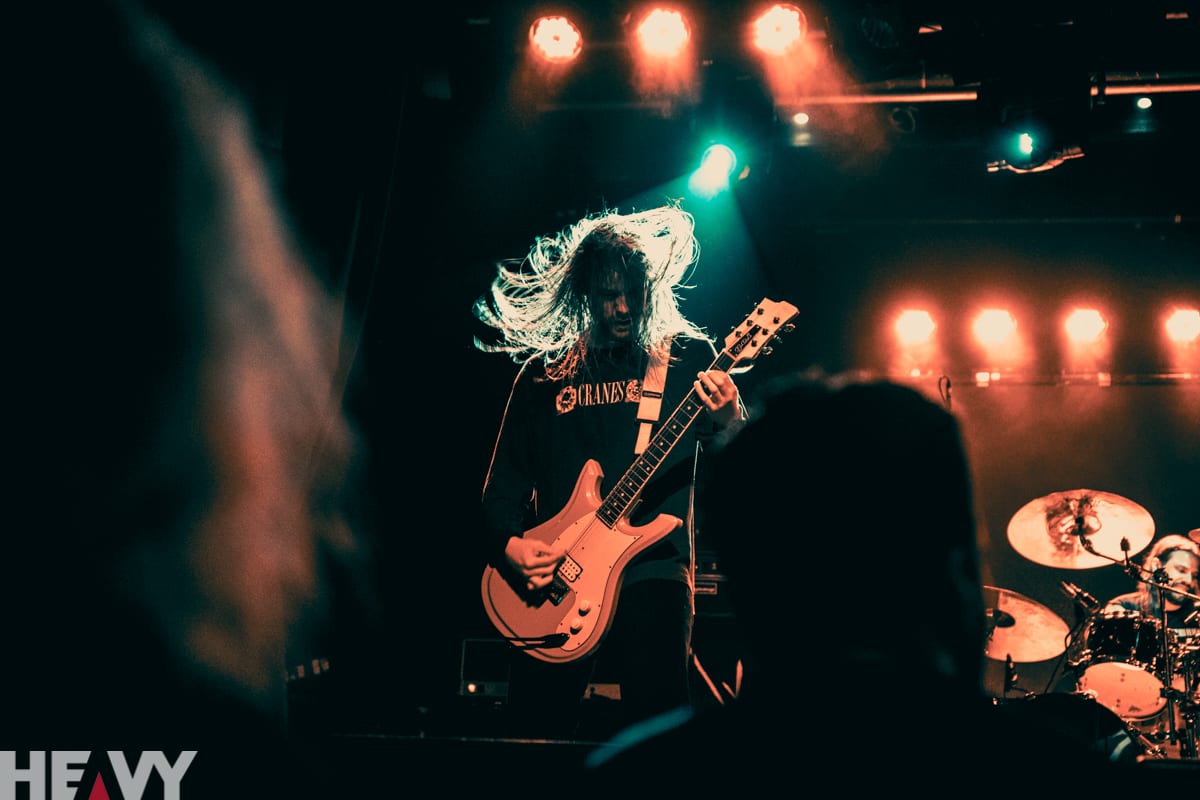 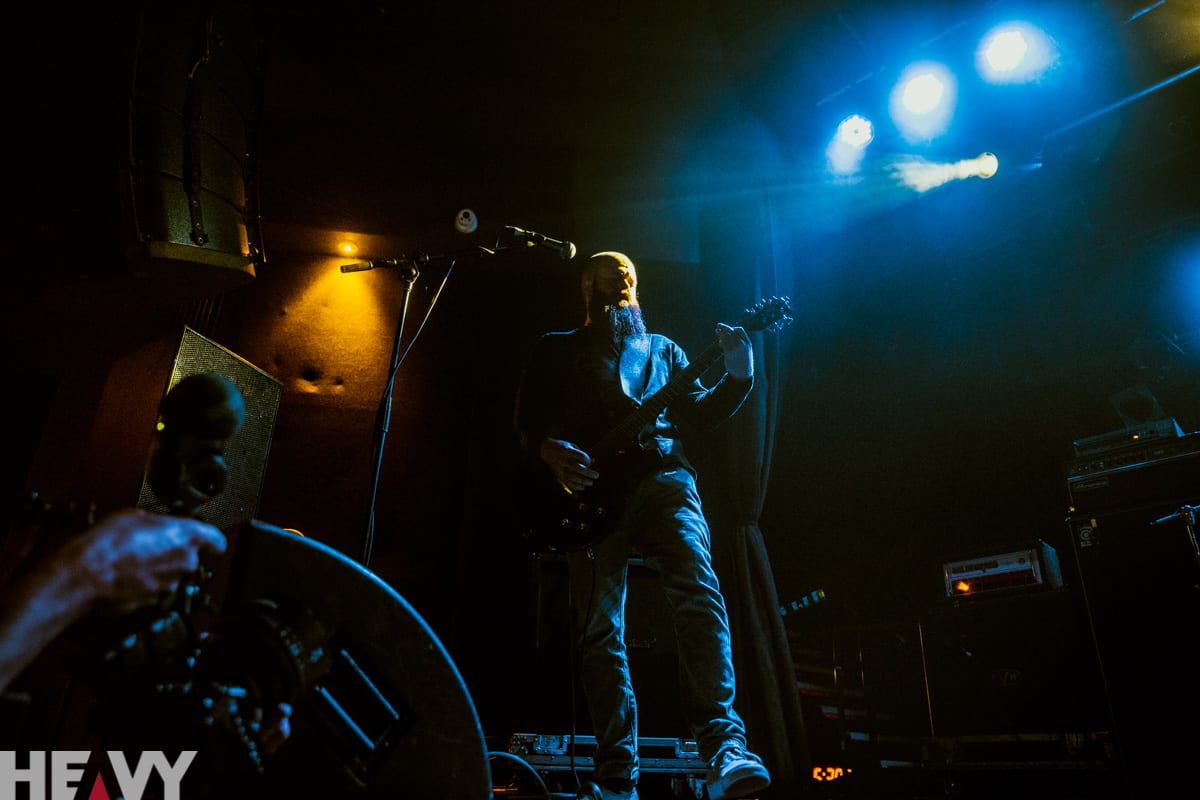