DEVILDRIVER Announce Australian Tour With ALL THAT REMAINS 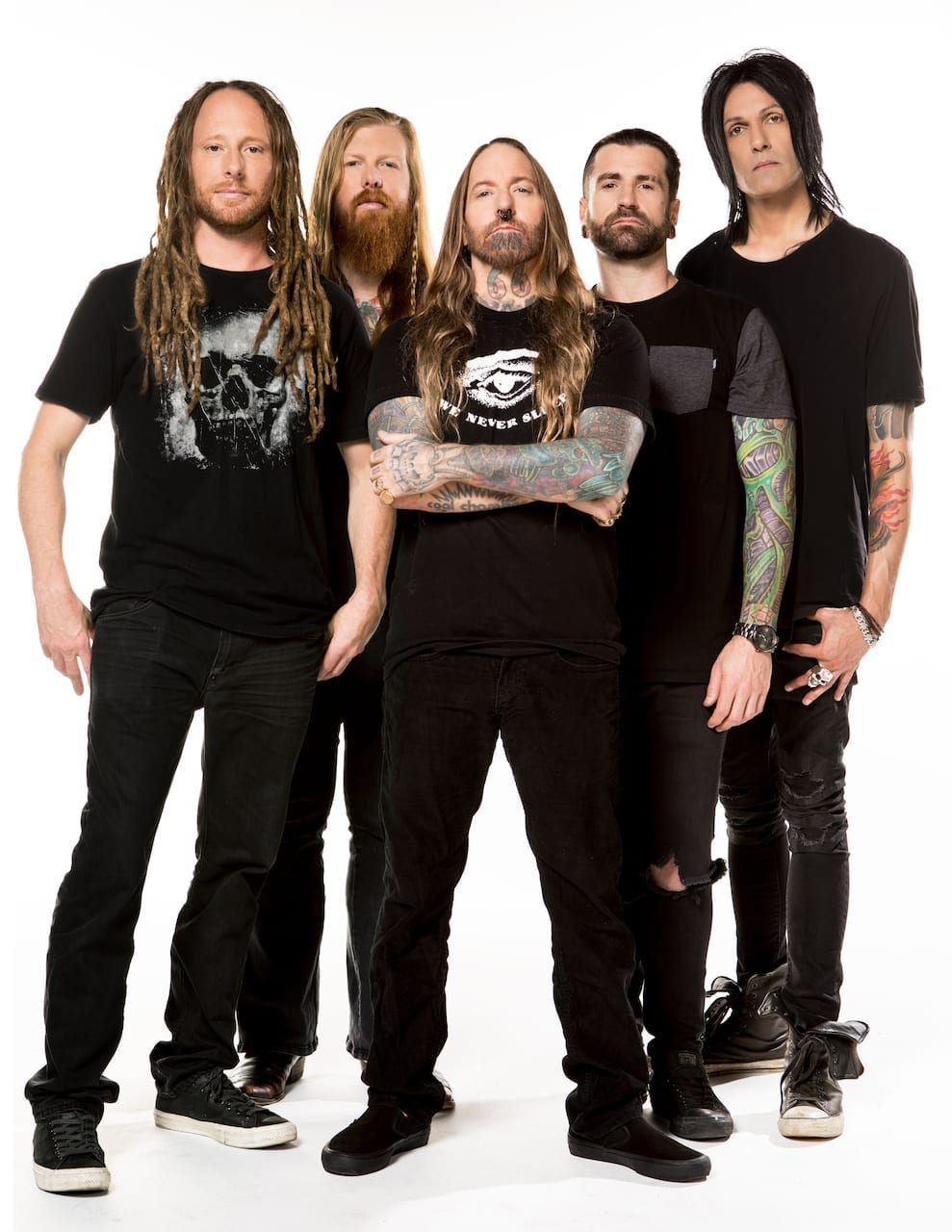 After what seems like an eternity, US metal icons Devildriver are finally returning to Australia to appease their rabid legions. It’s been five long years since the band last headlined here and Dez and the boys are primed and ready to make up for lost time!

Armed with their latest release, Outlaws ‘Til The End: Vol. 1, and a back catalogue of face melting, circle pit inducing anthems, Devildriver in 2019 are as barbaric as ever and will be on point to deliver the goods in a big ole barrel of heavy metal moonshine!

Outlaws ‘Til The End: Vol. 1 is a country covers album done Devildriver style and features guest appearances by Randy Blythe & Mark Morton of Lamb of God, Hank3, Lee Ving of Fear, Wednesday13, and Burton C. Bell of Fear Factory. It’s a startling curveball and a ferocious statement of individuality from a band who have been a constant and effective force in the heavy metal world for the best part of two decades now.

From the opening seconds of Hank3’s “Country Heroes” onward, Outlaws ‘Til The End is simply one of the most invigorating records the band have made yet.  These evocative, irresistible songs have all been wholly rebuilt from the ground up, powered by the classic Devildriver sound and embellished with Fafara’s unmistakable feral roar.

Adding fuel to the Devildriver fire, All That Remains, will be bringing a set heavily focused on most recent album, Victim Of The New Disease, which was released in November 2018.

The critically acclaimed record is the last to feature the bands founding guitarist Oli Herbert who tragically passed away less than a month before it’s release. Hailed as a return to their heavier, metalcore roots, Victim, sees the band focused and re-energized. Driven by pummelling drums, jackhammer guitars and chaotic screaming. It’s Damn good fun!

With a musical range spanning metalcore fury to arena rock euphoria, All That Remains also bring massive hooks, razor sharp riffage and multiple vocal styles all peppered with some tasty electronic samples and wrapped up in lyrics that dare to push the boundaries in today’s conservative environment.

Savage and sensitive, light and dark, hope and nihilism, All That Remains literally do have something for everyone. 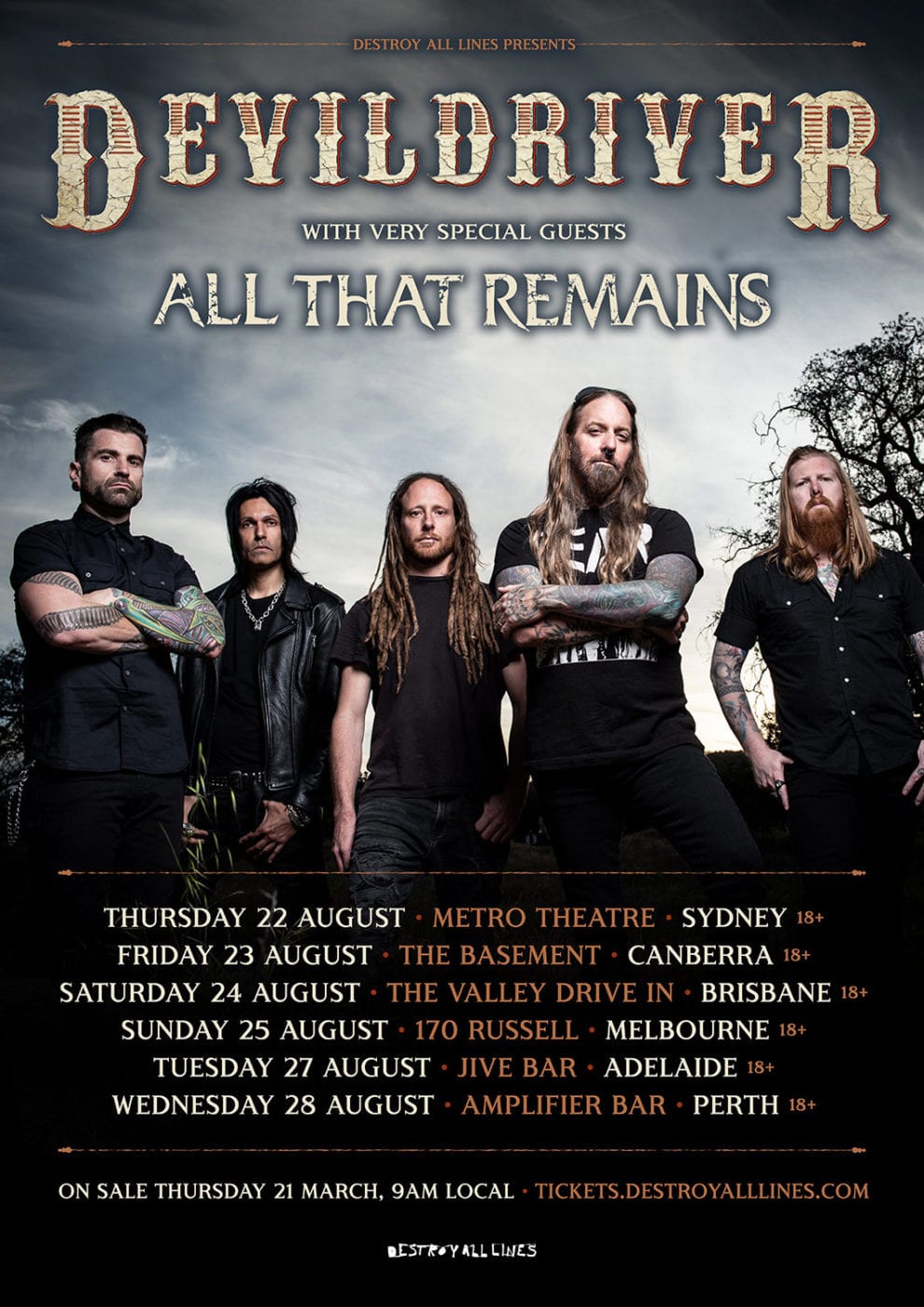