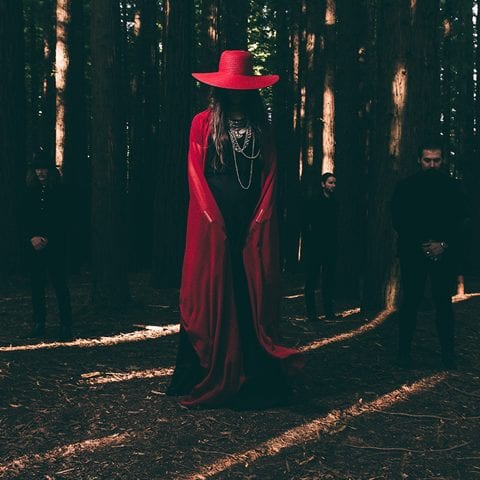 Melbourne’s Devil Electric released their mesmerising self titled debut album in August 2017 to rave reviews to world over! The 37minute, 9-track LP is a riff heavy, doom encrusted rock n roll ride of epic proportions.
The album, has been driven by two huge singles, the towering, riff heavy Hypnotica and the sensual groove of Lady Velvet. Both complete with stunning visuals that capture the spirit of band and album completely
Watch Hypnotica here and Lady Velvet here
Today, the band release the final video in the albums trilogy for the track Shadowman
The band explain:
Shadowman is classic horror. It’s more of a presence than a person; twisted, earthy, leaving you with that feeling of unease that we have all experienced. The music video is very much an extension of these tropes and we tried to create something that paid homage to the classic horror genre.
The video was filmed over two days in the dense old rainforest of the Dandenong Ranges east of Melbourne, which are the perfect setting for the feel of the song and the visuals it conjures.
The striking Devil Electric album cover was shot not far from the video shoot location, so we saw it as the perfect opportunity to bring back some of the imagery from that and bring it all full circle.
The Shadowman video is the brainchild of our bassist, Tom Hulse, and we had the help of practical effects artist Moya O’Brien, as well as Max and Elle of Moonhouse, who co-directed, filmed and edited the clip. These guys were key in really interpreting our ideas and bringing it all to life and the result it the perfect ending to the album!
Devil Electric is out now!
smarturl.it/devilelectric