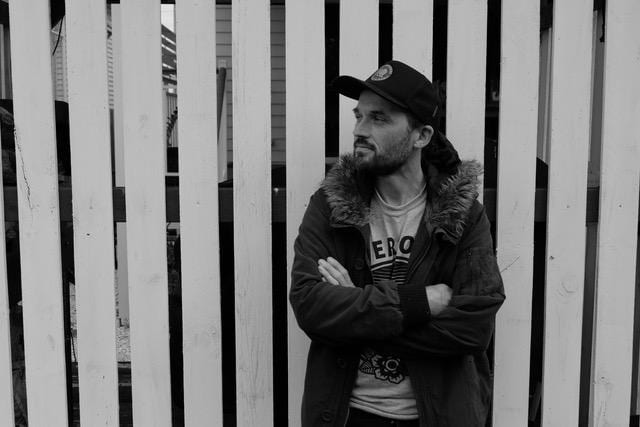 Gold Coast based, one man punk rock band, The Desperation will release his second single, No More Sad Songs, on November 12.

No More Sad Songs is the follow up to EightFiveNinetySeven which was released in May and centred on the heartbreak of the day that singer/songwriter Daniel Topp lost his father to a heart attack.
Taken from The Desperation’s forthcoming debut album entitled Rangeville, EightFiveNinetySeven set the tone for the albums theme; the loss of a young boyʼs Dad and the years of depression, anxiety and desperation that followed.
The Desperation’s upbeat punk rock songs are honest and heartfelt while being full of passion and aggression.
FOR EightFiveNinetySeven, Dan teamed up with mental health charity beyondblue to raise further awareness of depression and its devastating effects on so many Australian people.
100% of the proceeds from the pre sale packs of EightFiveNinetySeven were donated to this amazing organisation.
No More Sad Songs shifts the focus to feelings of social anxiety and the fact that no matter how exciting the occasion one is looking forward to the night being over and being alone again.
Daniel is not alone in his want to be home and alone. In the modern age, it’s often preferred to being in social situations that make a person uneasy, intimidated or downright scared.
No More Sad Songs is an anthem for the socially awkward!
The Desperation will be playing select shows across NSW & Queensland during November and December in acoustic format!
TOUR DATES
Sunday, November 12: Crowbar Black, Brisbane
Saturday, December 2: Bon Amici, Toowoomba
Tuesday, December 5: Howl & Moan Records, Byron Bay
Thursday, December 14: Solbar, Maroochydore
Daniel Topp has had a lengthy career in the punk and hardcore scene playing in The Vagrants, Unit, Godnose, The Shortfall, The City Shakeup and most recently was drummer for The Strums.
Listen to first single EightFiveNinetySeven here
thedesperation.net 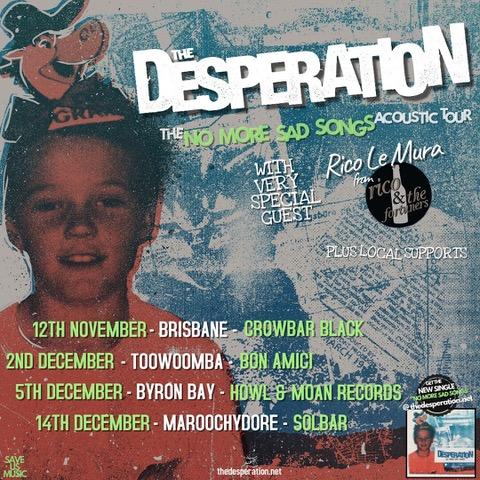