DEF LEPPARD ‘The Story So Far’/’Hysteria: The Singles’ 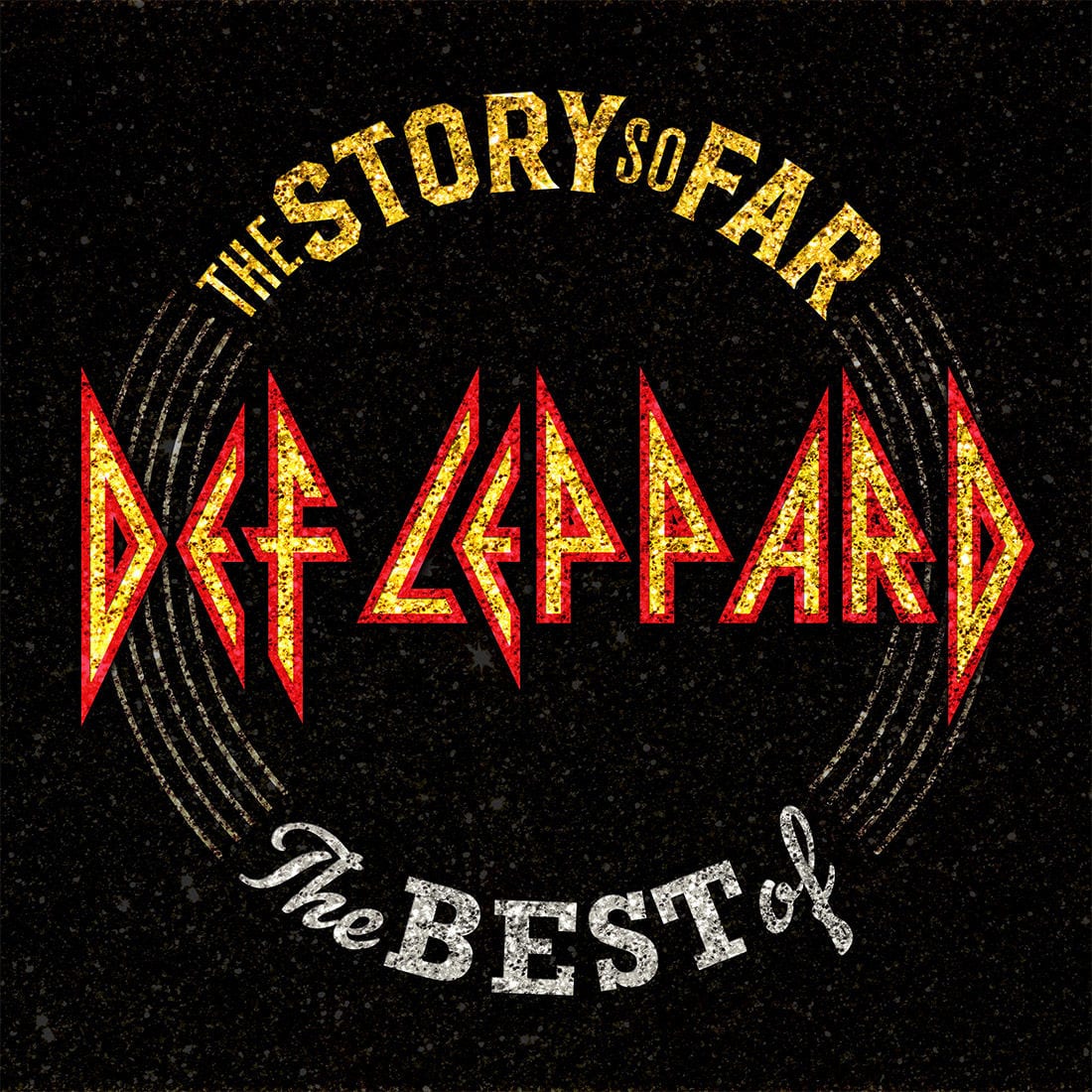 Forty-one years of performances, 100 million records sold, a drummer forced to defy the odds, a stripping song sensation, a tragic loss, two albums with diamond certification, a 2019 Rock & Roll Hall Of Fame induction nomination: just the tip of the iceberg on Def Leppard’s story so far.

Cramming these forty-one years into four comprehensive configurations comes The Story So Far. A two and a half hour 35-track double CD, a double LP vinyl, a 17-track CD album and the obligatory less-lustrous digital format all aim to tell the tale of one of rock’s most ubiquitously valued bands via a trail of career-defining hits. Journeying through the likes of the fondly familiar howling of Hysteria’s “Animal”, the judderingly percussive groove of Adrenalize’s “Let’s Get Rocked”, the lovingly tender “When Love And Hate Collide” from Slang and the dynamic sneering riff of Pyromania’s “Rock Of Ages”, The Story So Far mingles the versatility of Leppard into an unmissable brew of anthems. Mostly killer, very little filler, The Story So Far is a staunch celebration and exhibition of what made Def Leppard so renowned.

The Story So Far is also accompanied by three new tracks – the term ‘new’ here needing a little pinch of salt. A cover of Depeche Mode’s “Personal Jesus” (not quite new), an unheard remix of their David Essex cover “Rock On” from their 2006 covers LP Yeah! (barely new), and their new original Christmas song “We All Need Christmas” (actually new, hurrah!). “We All Need Christmas” is charmingly tender with its sleigh bell sprinkling, choral finale and warm acoustic guitar, but nothing innovatively memorable.

A greatest hits release seems a strange direction for a band who have only just released their whole catalogue on all digital platforms (Spotify’s own Def Leppard compilation has nearly 86,000 followers). The only pull to buy for fans who are more inclined to stream than purchase physical products is the accompaniment of an exclusive 7” single of “Personal Jesus” and “We All Need Christmas” with the first pressing of The Story So Far‘s vinyl set – hardly forcibly enticing, but at least they tried.

Alongside the release of The Story So Far is Hysteria: The Singles. A sleeker and more inviting product for fans and collectors alike, Hysteria: The Singles sees twenty songs on ten 7” records alongside a discography booklet and a written introduction from frontman Joe Elliott, all cosily bundled into a neat album art box. Boasting ten singles plucked from (you guessed it) Hysteria, including two singles exclusive to this set (“Excitable” and “Love and Affection”), plus studio and live versions of tracks from the likes of Adrenalize and Pyromania, Hysteria: The Singles is a nifty taster of Leppard’s most-adored work. Additionally, for those who aren’t too precious about playing with their vinyl, nine of the singles’ cover art doubles up as jigsaw pieces to form Hysteria’s sleeve art.

It’s hard to forget Def Leppard and their myriad of earworms, but 2018 has brought a whole new package to freshen the memory with a vibrant assemblage of zing, should it be needed.