DECAPITATED, DYSCARNATE And BAEST At Academy 3, Manchester UK On 12/2/19 BAEST from Central Denmark kick off the Manchester leg of the ‘Killing The
European Cult!’ tour,. Old school death metal has strong reigns within this group.
Barbaric energy is unleashed on stage, that the thickening crowd responds to like
screaming prey. Big hair and even bigger sounds are going to be a constant theme of
the evening, you can tell. One to watch.

DYSCARNATE brings much anticipation, with their prominence in the UK strong, and
their crushing live performances known by many. Upon the stage, equipment is piled
in, as more bodies pile into the venue in tandem, ready for the spectacles that come.
Atmospheric lighting and rhythmic drums, along with chanting, welcome Dyscarnate
to the eager crowd. Strong vocals growl from Whitty (guitar) and screeches from
Llewellyn (bass) resonate, over stronger and heavier bass lines with crisp drum fills
from Unsworth cutting through to form a full, thick, and heavily gratifying sound.
Moments into the first track, the crowd members amass into a full flow pit, obliging
and banging heads. Cain Enable from their 2012 release And So It Came to Pass
sees dreads hitting the ceiling, the vocal intervals have the frontmen groove, and get
behind the rhythms before crushing breakdowns full of double pedal.
A band with great audience reception, there’s continued unison across the heads
bobbing as the melodic rhythms change in pace across the set, not one in the room
out of sync with the tight performance.
Both supports have provided an insane warm up for the main event, and held their
own under their colossal headliners.

DECAPITATED
Almost Technotronic beats introduce the band to the stage, building suspense as the
members take their positions, readily launching into One-Eyed Nation from their 2017
album AntiCult.
The accompanying light show matches the ferocious drum beats merging into high
pitch melodics. Decapitated make the most of the intimate stage with every inch
covered in sound, sweat, hair or pieces of drum kit.
Deathvaluation encourages a bigger pit than before, the crowd having already
anticipated its size, forming before the first.
Kill The Cult raises the pit intensity, expanding ever further as the set goes on.
After the constant pile-driving of track after track, Piotrowski wordlessly motions for
appreciation from the crowd, simply raising the mic, getting it without hesitation.
Satisfied, with a grateful nod and smile as the wave of recognition hits the stage, they
launch straight back into the cacophony.
Further into the set, infections grooves have the pit at almost full width of the venue,
leaving no foot un-stomped, and little room to feel uninvolved in the immersive
entertainment. Moments of darkness provide an illusion of calm as the group reset
for the next phase, and kick off again as though they’d never stopped.

Later, the instrumental build of Earth Scar crashes down with the pit in roars,
showing a strong introduction to what to expect from HRH Metal headliners, in
Birmingham, the coming weekend.
Each riff, each structure, the webs bound by ebbs and flows – the technical
engagement in each of the musicians is clear, and one to behold. With local band
members of, at the very least, Pist, Vice, Awaker, Collibus, and Barbarian Hermit in
attendance, it’s clear to see the influence Decapitated have had on the Manchester
Rock & Metal Scene over the last 20+ years, and they were welcomed heartily.
Having seen various comments on the most recent release by fans of the older
albums, suggesting that the new ideas presented in AntiCult, are less than they’d
have hoped, or too much a departure from their usual expectations of these giants –
the live performance can never be a disappointment. A persistent performance
blended years of experience and creation – and quite frankly, it you don’t like it? Don’t
listen to it. If you do? Enjoy with friends. 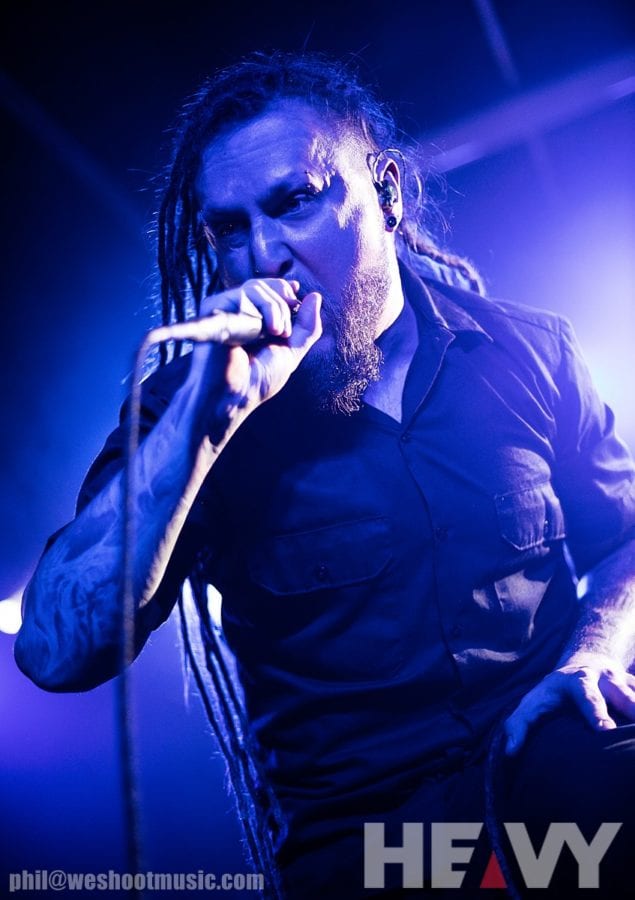 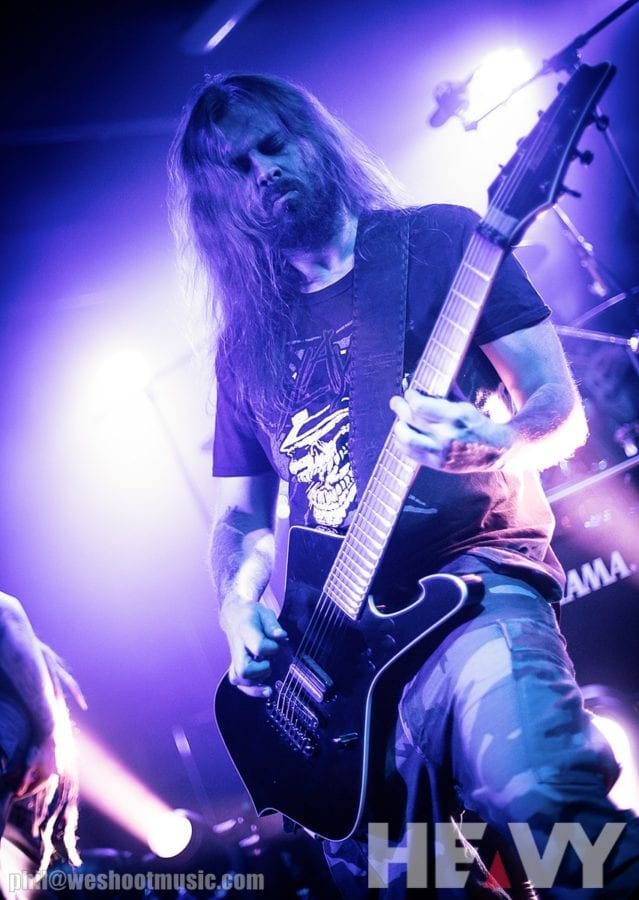 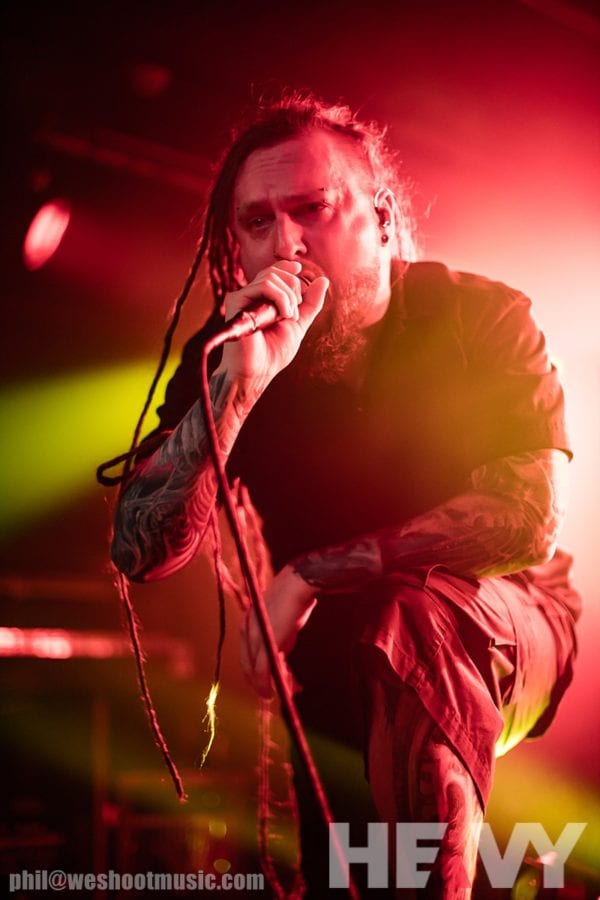 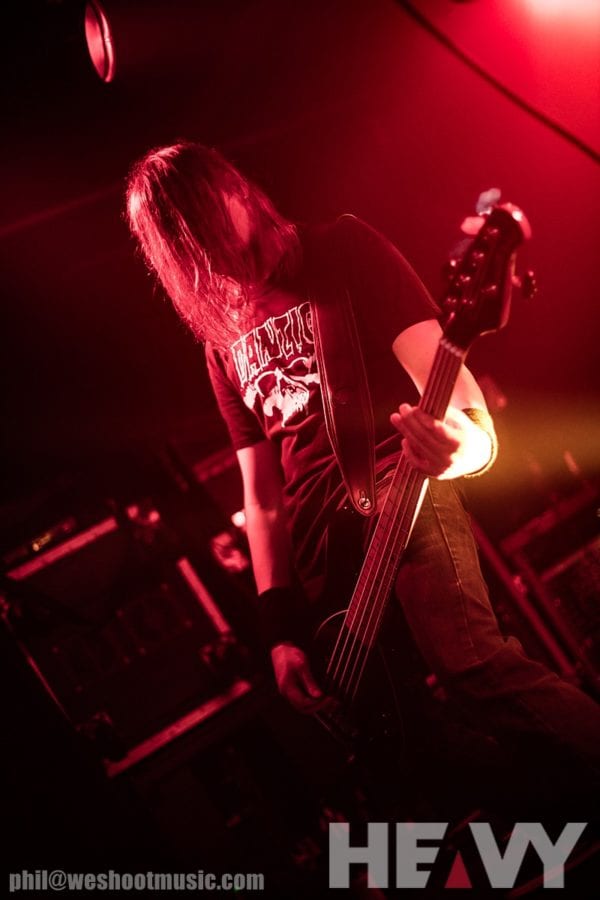 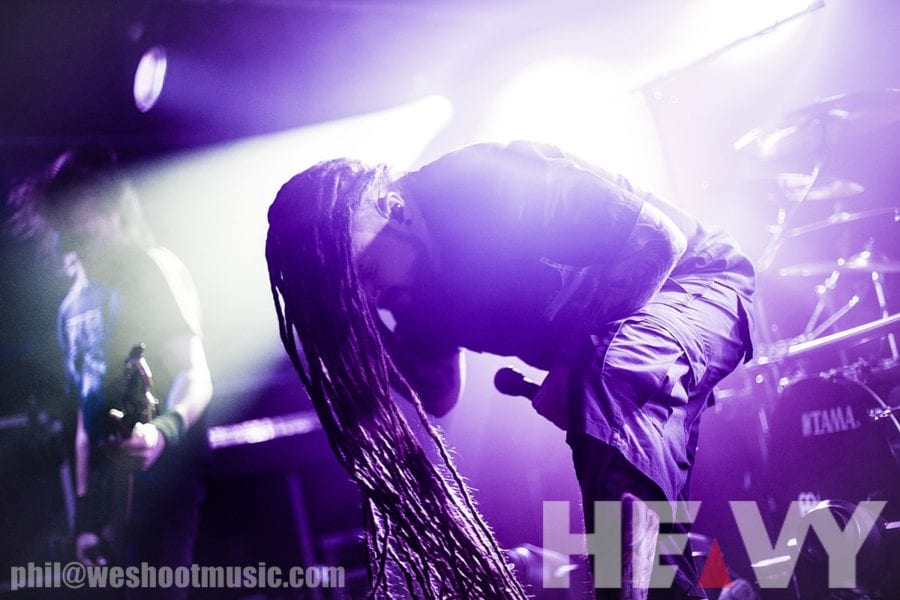 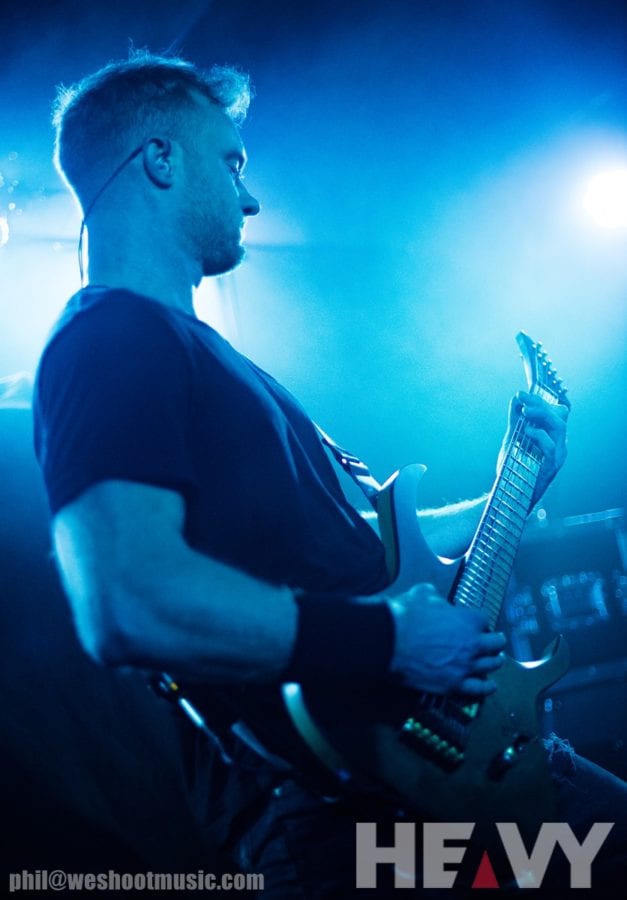 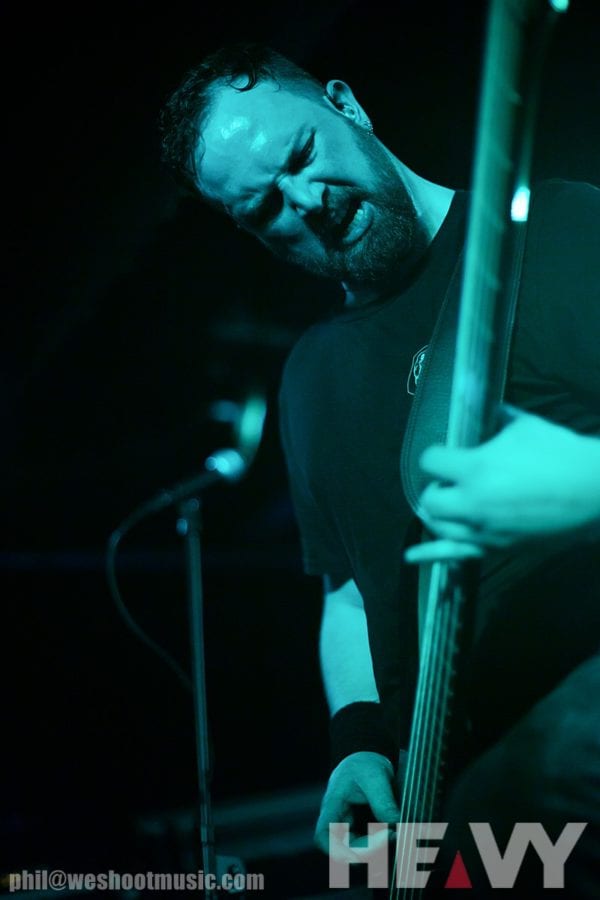 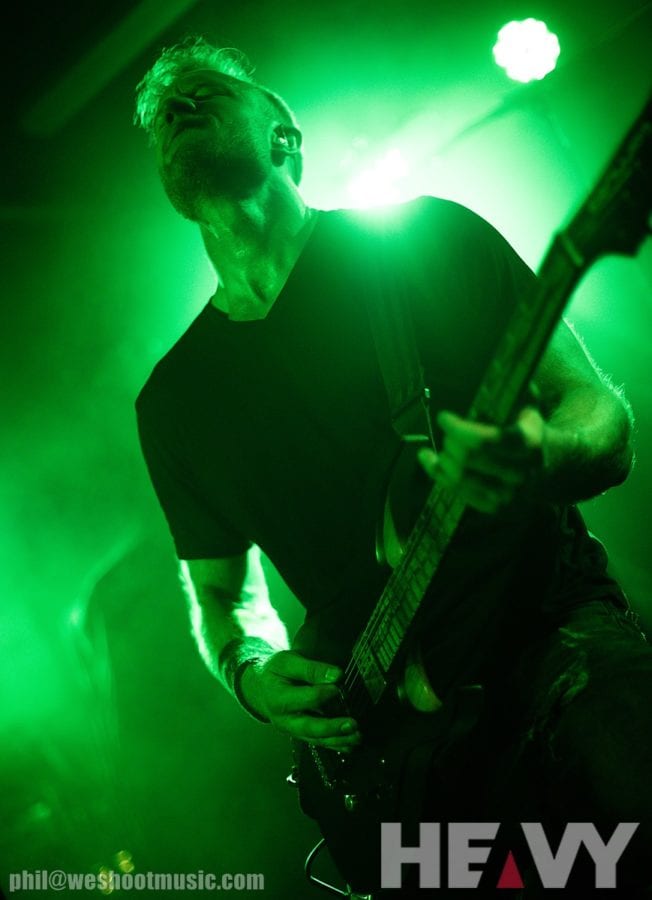 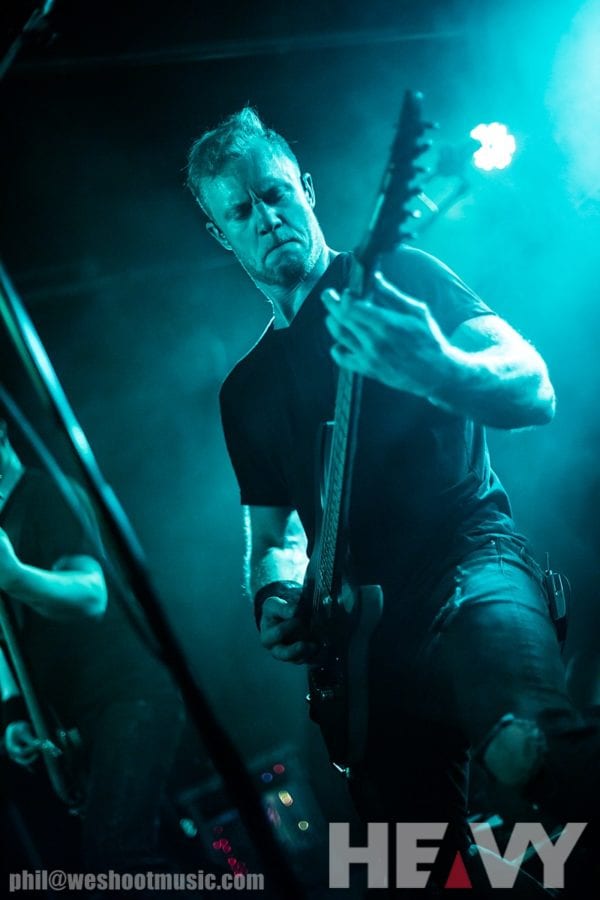 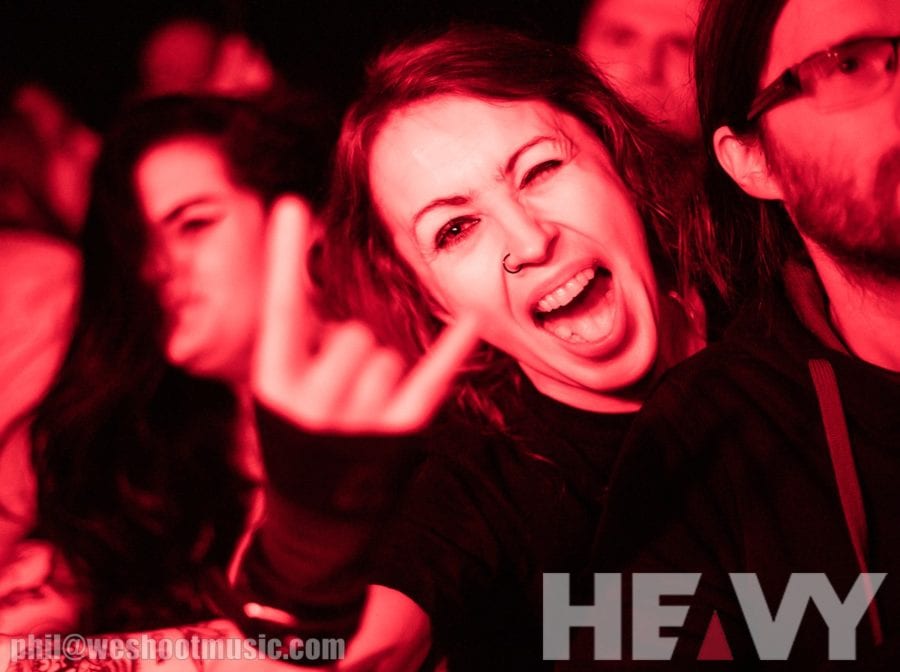