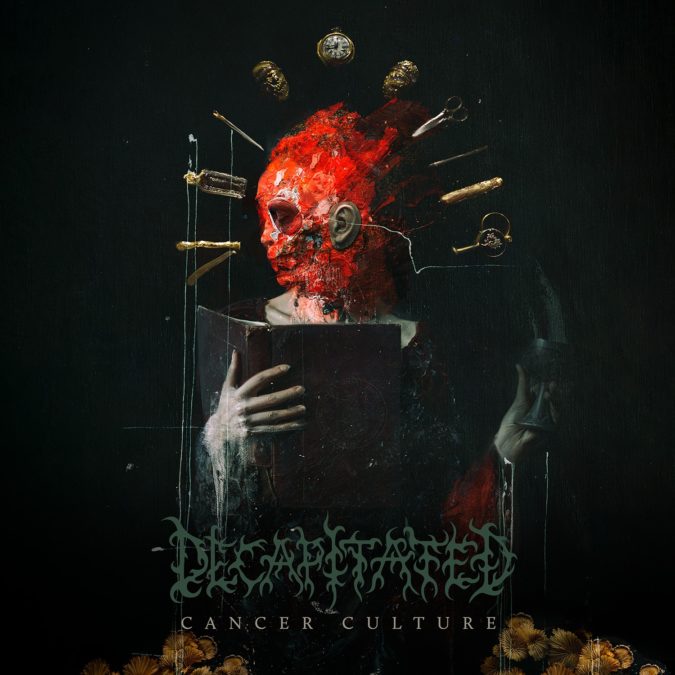 Decapitated, is that a threat? Are these guys actually about to rip my head off? I’ve heard rumours, and I’ve definitely heard of, and heard this band before. From what I remember, they are pretty god-damn brutal. Can I say that anymore, god-damn I mean? Spellcheck is telling me that my readers might find that offensive. And that right there my friends is cancel culture.

This right here though is Cancer Culture.

From The Nothingness With Love sounds like it could be the name of the next Bond movie. It’s snare rolls and guitars set an intriguing platform for Cancer Culture to kick in with intense death metal brutality. Fuck yeah, this is some heavy shit, and that guitar riff in the verse absolutely kills! Ringing guitars and ridiculously fast double kicks switch the vibe during the choruses, which only adds to the song’s intensity when it blasts back in. This is how you do heavy!

One hell of a blast beat introduces us to the following track, Just A Cigarette. And you guessed it, it’s heavy as fuck. The band again uses rung-out guitars to open up and slow down the song momentarily. The use of conflicting speeds between the guitars and drums keeps the songs interesting and breaks up the pure brutality in a good way! The use of contrast to create interest is intelligent songwriting.

No Cure is straight-up full blast death metal. It’s heavy, it’s thumping, and the guttural vocals are intense and brutal. The band again uses contrast with some cleaner and slower interludes, but then rips us a new one with a killer guitar solo followed by a thundering tom section.

Hello Death, have we met before, maybe sometime in the earlier tracks? Sure, but this time things have got a little Meshuggah like, a little math metal and djent if you like. This track also features Tatiana Shmayluk of Jinjer. What track doesn’t these days? Not that any of you are getting sick of hearing, or seeing her, are you?

Iconoclast is probably the slowest and least heavy track so far. It’s still fucking heavy, though, but it rocks a little more than your average death track. I wouldn’t even really call this Death Metal to be honest, it’s probably closer to the Groove/Metal Core stylings of bands like Lamb of God or Devildriver. This track also features a guest appearance by the one and only Robb Flynn. He’s not as good to look at as Tatiana, but he does alright on the vocals, if you’re into that kind of Robb thing, that is.

Another slower intro holds the pace back for a short while as the band gets Suicidal Space Program underway. Well, it’s definitely death, whether or not it’s due to suicide or space will come down to the coroner’s report, and you just might need one once the “breakdown” hits and the double kicks trigger an epileptic fit. Ooft!

Locked is just over a minute of Whammy pedals and blast beats … fuck yeah!

Two to go, and next up is Hours as Battlegrounds which starts off with some clean(ish) guitars over some super quick double kicks. This one doesn’t ever really get as heavy or brutal as its predecessors, it just kind of meanders along, which is a breath of fresh air amongst the chaos. A touch of serenity amongst the brutality if you must? Serenity is a bit of a stretch, though.

Have they saved the best ‘til last? Is the Last Supper all it’s cracked up to be? It’s pretty damn tasty, and it’s pretty damn brutal. A little too brutal for this guy maybe, nah, but it’s pretty fucking brutal.

Well then, never did I think I’d be saying that a Death Metal album could be one of my favourite albums of the year so far, but God damn, this is a great album. And I managed to make it to the end with my head still attached, so that’s a bonus.

Get it in ya ear pussies!