DEATH DEALER Hold All The Cards 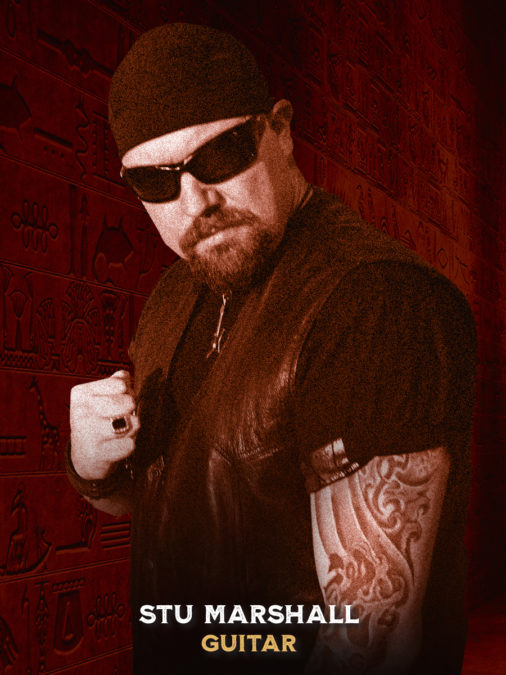 Death Dealer are more than just an all-star line up of musicians. They are a metal family that happens to be headed by one of the best in the business, guitarist Ross The Boss.

With new album Conquered Lands due out on November 13, Australian Stu Marshall sat down with HEAVY to discuss, among other things, being in a band with the legendary Manowar guitarist.

“Yeah, dream come true for me mate,” he smirked. “Ross is a major influence on me as a guitar player and always has been. It was funny when we were forming the band I was over in LA with Sean and talking to him about doing a band and we were drinking and talking and said wouldn’t it be great if we could get a really cool guitar player to join the band and he said who would you possibly want? I said look, there’s two guys in my dreams that I’d love to work with. One is K.K Downing and the other guy is Ross and Sean looks at me quite funny and said ‘mate I know Ross’ and I called bullshit (laughs) and he said ‘no, I know him’ and he literally picked up the phone from LA and called Ross in New York and put him on speaker and he was like man, I’ve got this guy here from Australia and we wanna form this band – we already had some songs together that we’d demoed – and Ross was all about it! He said yes, send me the tracks, I’m keen and since then we’ve become great friends and it’s been a great guitar partnership. He’s constantly pushing me and asking me to critique his solos which is a mind fuck.”

In the full interview, Stu discusses the alum in greater detail, retaining that old school metal vibe, mixing the album himself, how important continuity is with music, feeding off Ross live and in the studio and more.

Watch the album trailer below: