Death By Absolution With REMAINS 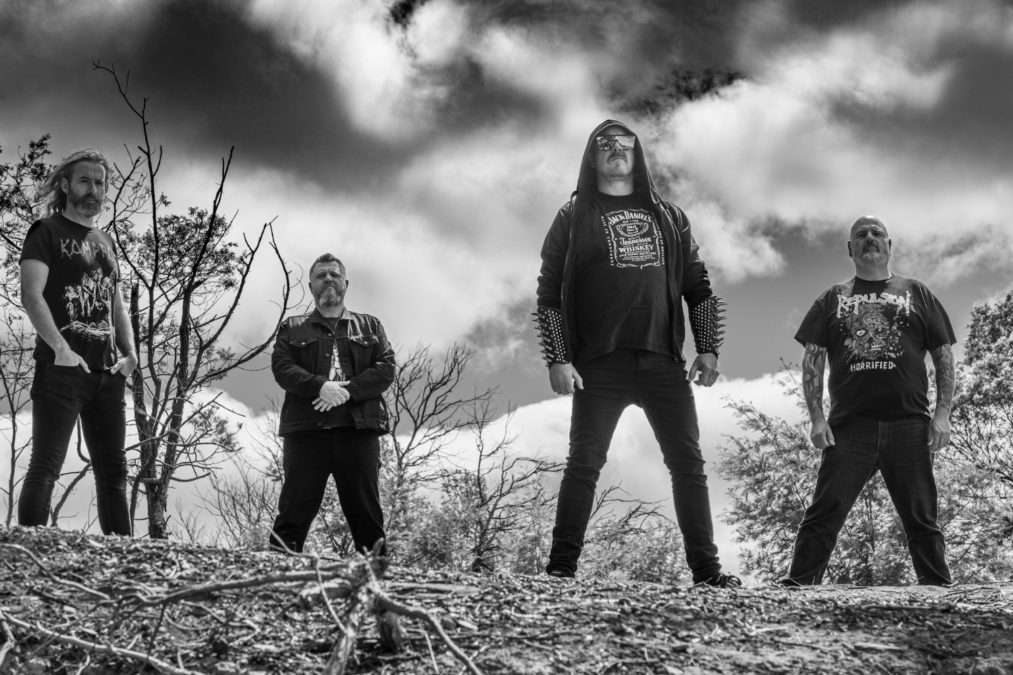 The metal underground scene is never more alive than when the crushing brutality of a fresh extreme metal band begins to simmer deep in the underbelly.

Battle lines are drawn and the diehards are quick to judge, often inadvertently forcing fledgling bands to remain in the shadows longer than they perhaps should.

For, make no mistake, when you strike your first public note in defiance if the angry mob turn on you the landscape can suddenly feel more devoid of life and further away than ever before.

Not that Australia’s newest extremists need have worried.

Boasting a pedigree of former members of Aussie metal royalty in Blood Duster, Captain Cleanoff, The Kill, Fuck I’m Dead, King, and The Day Everything Became Nothing, Melbourne outfit Remains have always had the right DNA for success.

Since forming in 2019 Remains has taken a more measured approach to their art, drip-feeding music recently in the lead-up to their debut album Grind Til Death which is set to unleash Hell on July 15.

With 18 tracks of sonic intensity packaged into just 35 minutes of playing time, Grind Til Death is an album that doesn’t have to sing its own praises.

The proof is right there in the listening.

HEAVY caught up with frontman Tony ‘Tone Bone’ Forde ahead of this Friday’s album release.

“We’ve pretty much been classed as a deathgrind band, but it has a lot of elements,” he explained of the band’s sound. “I’ve been seeing a few reviews saying there’s some Swedish touches and a bit of a black metal type vibe as well. A lot of blast beats, heaps of grind stuff and some cool, rocky, catchy riffs. It’s very punishing to the ears.”

With an aggressive blending of death metal and grindcore genres, Remains music is loud, brash and unapologetic, with Forde under no illusions it won’t appeal to the wider metal community.

“Whether the fans like it or not, it’s what we do, and we play what we like to play,” he shrugged. “We’ve been listening to this type of music for a long, long time.”

In the full interview, Tony talks about the album process, what they discussed as a band going into it, the singles released and if they represent the album’s overall sound, having Joe Haley from Psycroptic mix and master the album, the formation of Remains from so many fan favourites, future plans and more.