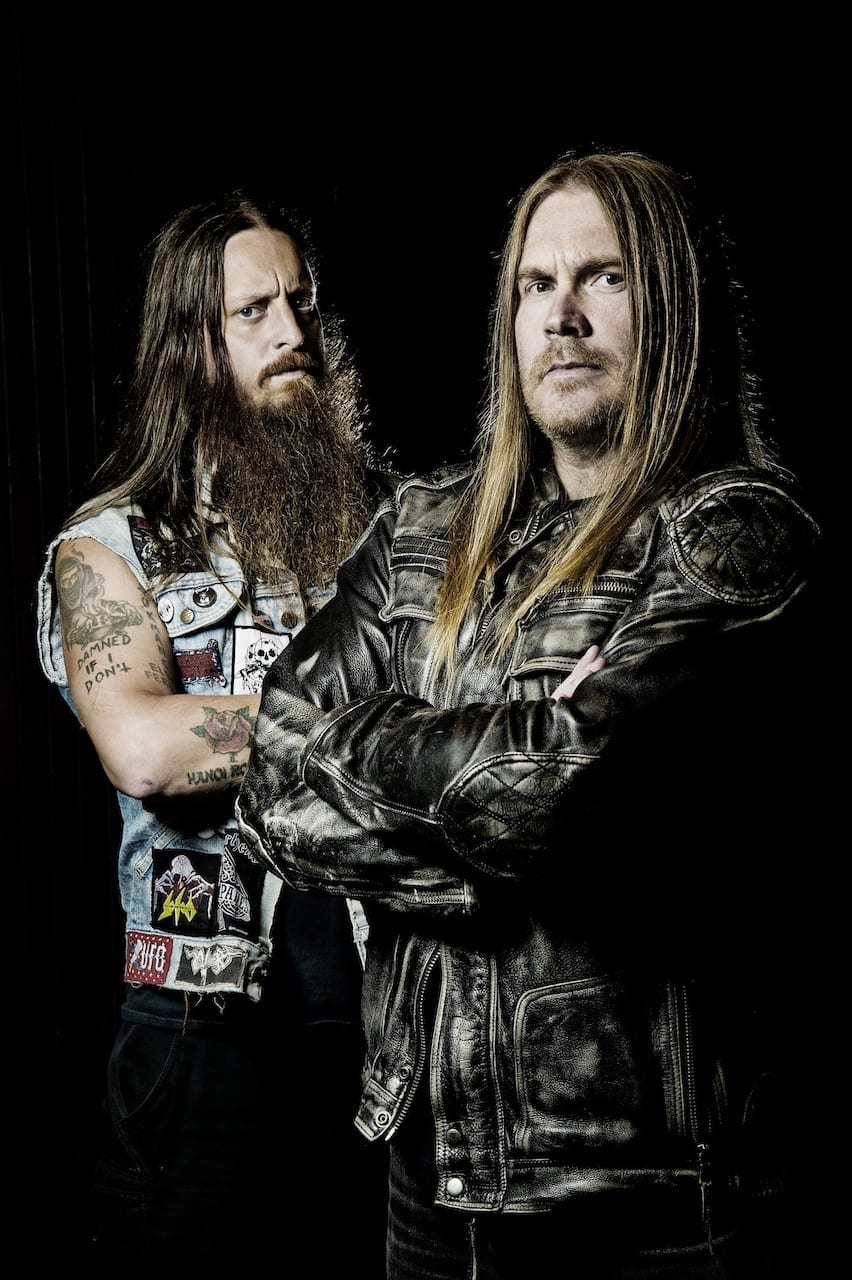 “more metal than ever” Fenriz

The legendary Norwegian longstanding partnership of Fenriz and Ted “Nocturno Culto” Skjellum, return with their first studio album since 2016’s hugely popular ‘Arctic Thunder’, in the shape of ‘Old Star’.

With a mastery and endless dedication to the art of the riff, the Norwegian legends cut through 6 new epic tracks, taking in the best of the old school of heavy & extreme metal plus a large dose of doom-laden riffing, & channelling it through the grime of the underground.

Fenriz enthuses ‘Old star – again we are here with THE RIFFS! A while after our previous ARCTIC THUNDER album it became apparent that we would continue in that same style,
BLACK OLD HEAVY METAL with slow thrash, classic doom and slow death metal. As many have focussed on the 70s sound over the last 20 years, the mix on our new album has ended up being more 80s than ever. The songs are more metal than ever! Ted’s songs have alot of black metal in them, faster and slower but also doomier parts and reocurring parts.

Fenriz continues ‘All in all it is our most 80s album so far and our most metal one to date with drum sound typical for the 80s USA/German market and damned lyrics, which are all written by me. We feel that OLD STAR is the big brother of ARCTIC THUNDER. More solid and with even better riffs.’

Old Star was recorded at the band’s Necrohell 2 Studios, with engineering and production duties carried out by vocalist/guitarist Nocturno Culto, complemented with a perfectly organic mix courtesy of Sanford Parker (Voivod) at Hypercube Studios, & mastered once more by Jack Control at Enormous Door.

The stellar cover artistry comes courtesy of Chadwick St John, titled “The Shepherd of the Deep”.
Over the course of 30 years, Norway’s Darkthrone has become a staple of the global black metal genre, forging a legacy as one of the most renowned and influential bands in its illustrious & often infamous history.

In the formative years following their 1987 inception, Darkthrone initially started with a strong concoction of thrash & then death/doom metal experimentation, with broader musical influences spanning from the 60s to the 80s, before the debut album Soulside Journey was unleashed in 1991.

Never ones to follow convention or stand still even then, the band soon embraced a much darker, more primitive form of expression with the now iconic second album A Blaze in the Northern Sky, & the rest became history.