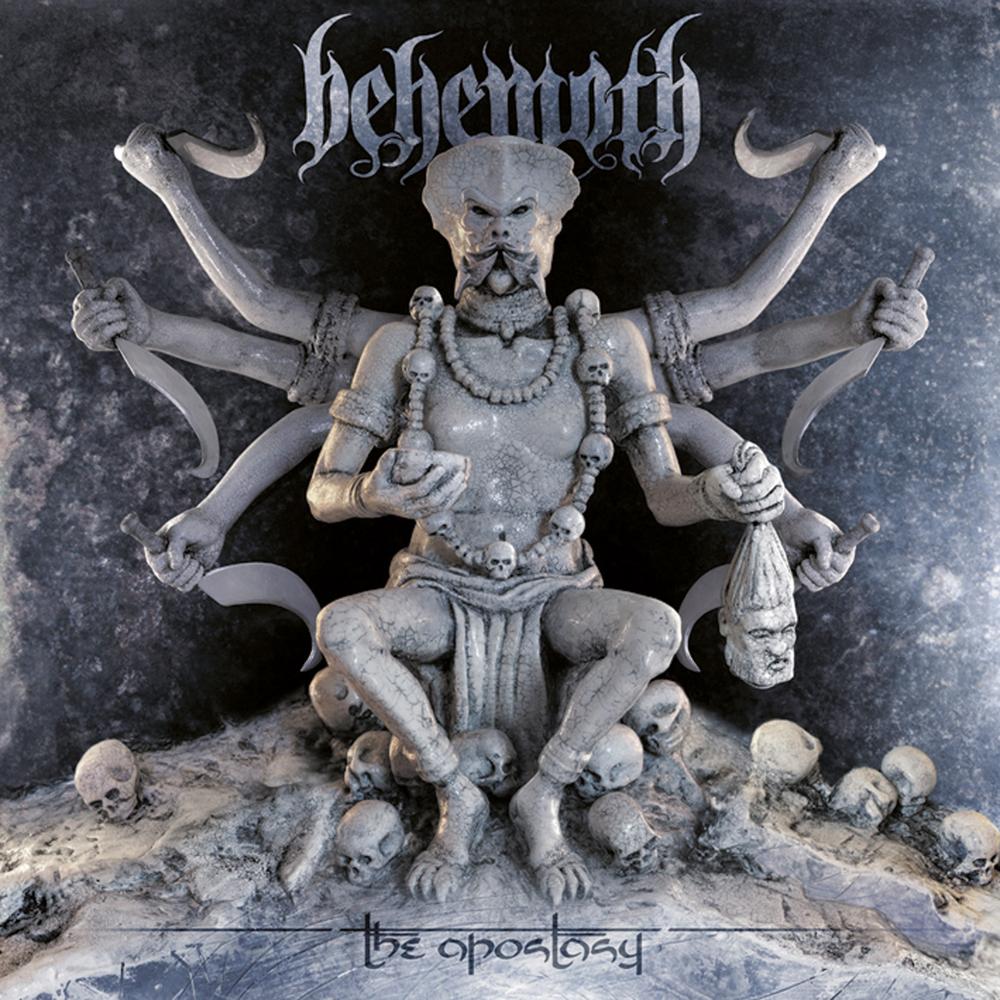 by Written by Prarthana Nandini Venunathan

Welcome to the first edition of Chthonic Thoughts, a column where I dig deep into the underlying obscurities, mysticism and esoteric nature of extreme, black and death metal. Every month we will be looking into the meaning behind various albums, their cover art, lyrical concepts and themes, musical history among other things. Join me on this we explore the chthonic world of metal!

Art and music go hand-in-hand. Something I have always done before listening to an album or EP is to look at the cover artwork, and see what I am able to understand from it – ‘understand’ being the key word. While this may seem a very ‘judging-a-book-by-its-cover’ habit, I’ve always found the key aspects of a band’s creativity is what they have chosen to represent their music as in the form of cover artwork. That being said, this also unlocks certain things about the music, hidden behind the face of the art. What has always fascinated me is what I discover afterwards: how the illustrations, paintings, portraits, hand-drawn sketches, photographs, etc. consolidate the various ideas and concepts of an album, and are able to perfectly depict them in visual form. This week on the column, I delve into an  cover art analysis of an absolutely incredible black metal album by none other than the mighty Behemoth.

Behemoth has been one such band. Apart from being an inspiration, both as a band and its individual members, they have always effortlessly chosen to stray as far from the herd as possible. Not one to follow the norm at all, Behemoth has always been renowned for their unorthodox lyrical themes, style  of music, and general persona; often being protested against outside venues they’re performing at by religious groups. They have even been shunned and banned in a couple of countries. But this has never stopped them from doing what they do best. They do not shy away from expression, and are very vocal (literally) about their opinions, beliefs, and ideologies. However, under the black and extreme metal shroud that they don, this is lined by non-conformist teachings and ideas. Behemoth represents more, and their album covers are a fitting example to show this. The artwork on every album cover from the band needs to be observed carefully and thoroughly, for it is only this way that you will understand the music and, to a greater extent, what the band is conveying through their songs. At this point, one album in particular that I’d like to discuss is their eighth full-length record, The Apostasy, which was released in July 2007 via Regain Records.

My choosing of The Apostasy as the first album cover (designed by Tomasz Danilowicz) to discuss is for a few reasons. Firstly, it was the second album I heard by the band after listening to Satanica, and while my first listening experience of Behemoth was indeed one that I shall never forget, The Apostasy sealed the fact that they are, indeed, one of the greatest bands in existence, as well as one of the most elevated. At first sight, you will instantly notice the depiction of a certain deity with an ominous demeanour, yet a powerful expression.  The seemingly specially-sculpted figure is, in fact, the Hindu goddess, Kali. This is what struck me: first, an album titled Satanica with a track called “Ceremony of Shiva”, and then an album with a title that contradicts the artwork in more ways than one. But this is where my respect for the band began to grow endlessly, as did my interest in the occult, religion, and extreme ideologies. To start off with, the three-dimensional imagery in the form of a sculpture gives the art more realistic features. In addition to this, it also seems to reflect the raw, organic elements of the music itself, a strong characteristic of The Apostasy.

The name ‘Kali’ is derived from the Sanskrit word ‘kala’ which means ‘time’, but also means ‘black’, as she is referred to as ‘The Dark One’; given her skin complexion. While she is often misinterpreted as the Goddess of Death, in truth, she portrays the fight against evil. It would not be a complete lie to make the connection between her and death as she does bring the downfall of one of the greatest evils – the human ego. She is always seen in Hindu mythology, slaying demons; unlike Yama, the God of Death in Hinduism who is associated with the process of dying and the afterlife of people. Given the atmosphere of this album, she seems to be an apt choice for the cover.

The Goddess is seen adorning a garland made of human skulls, and also being surrounded by the same skulls that are strewn around her (possibly to give the visual of a cremation ground, as it is said that that is where she and Shiva reside). The symbolism here then being the necessity for us to be unattached to our bodies: that we are beings of spirit and not flesh. Hinduism – in the days of the ancient, especially – believed in it being more a way of life than a religious entity itself. While this may not be true in the present day, the institution still insists on the concepts of liberation from the Self, reincarnation and Karma: detachment serving to be the pathway towards these goals. It is the victory over these that she wears her garland and human-arm skirt with pride – as trophies and evidence of liberation.

As is a wonder for many, Kali is seen here with eight arms, a common feature that depicts the powerful abilities of Hindu gods and goddesses. A tweak in representation here, however, would be her tight hold on six daggers – even though she is actually, more often than not, shown to have her hands in various significant mudras (gestures) or holding different kinds of weapons. The common understanding is that the weapons are symbols of Divine Knowledge, the only thing which has the ability to conquer and defy human ego. This, in turn, is represented by the freshly severed demon head that hangs from one of her other hands. It is this triumph that will see us through the battle towards attaining Moksha or ‘Rebirth’. Lastly, she is also seen holding a cup which serves to collect the blood of the severed head and the evils that come with the demons she slays. Such symbolism may seem extreme initially, but at the root of it all, it is everyday life and the common beliefs of Hindus; especially those who form the Tantric sect of Shaivism (devotees of Lord Shiva).

Musically, the artwork perfectly encapsulates the chaotic and brutal brilliance of Behemoth, but also, it is in perfect sync with their lyrical themes. The band maintain an addictive tempo throughout the length of the record with a sinister, raw, and at times, melodic style, thus bringing forth the feminine side of the goddess but also her wilful, relentless, and uncompromising power. Kali is a majestic entity and one that defies all odds to do what is necessary to eradicate that which is evil. She seems fearsome, but is fearless; and actually, less intimidating if you really understand her presence. This is something else that I connect with about Behemoth, given the struggles they have experienced just to express themselves. That which is not real is what Kali aims to remove. Likewise, is this the case for the Polish metallers.

‘Apostasy’ in academic terms is the formal renunciation of a set of beliefs or of religion itself by an individual. More often than not, this takes the form of something that sits as an opposed force to the previous set of beliefs. Therefore, the entitlement sparks even more interest, given the depiction of a Hindu goddess, but this is where my humble opinion comes in. Behemoth opens the doors to something that is often considered taboo by common society. Religion is man-made, and it is the existence of simple things such as our own knowledge, strengths, and our awareness of the world that will enable us to move forward.

While they are not preaching renunciation of religion – which is what they have been often misunderstood to do – they are, in fact, widening the mind-sets of those who will listen: to pay more attention to reality, and to your spirit. Kali Ma has assisted in spreading this message through the album artwork. A lesson in philosophy and life, take what you will from The Apostasy.