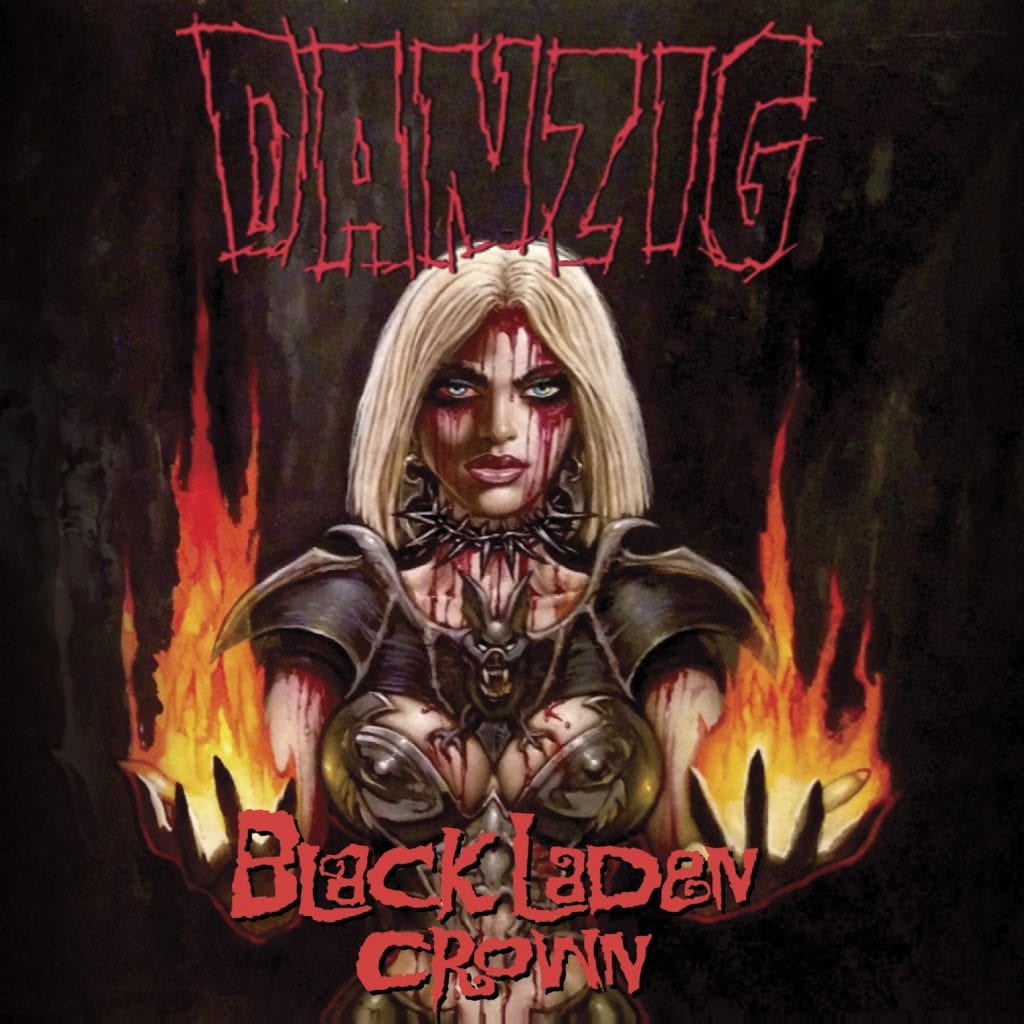 “Black Laden Crown” is quite the killer album and I’m sure fans will worship Danzig again, and willingly so, at the band’s pagan altar. “Black Laden Crown” doesn’t pull punches but I’m sure fans won’t really mind as it has many of the expected elements: morbid sounding tunes, ‘that’ baritone voice, and some heart-pounding guitar. It’s also bound to will garner many Danzig virtual virgins willing to be metaphorically sacrificed.

This is Danzig’s eleventh album and first original in seven years since “Deth Red Sabaoth”. Two years ago, he put out an album of covers, “Skeletons”. On it is everyone from ZZ Top, Black Sabbath, Elvis,The Everly Brothers and more. How many could get away with that range? Some fans would rather forget it though; divided love/hate.

Clocking in at 45 minutes, the nine tracks on “Black Laden Crown” are pretty much ‘all killer, no filler’ as the cliche goes. For instance, ‘Black Laden Crown’, the title and opening track, is suitably ominous and foreboding funeral-like march in tone that cracks into some huge riffage towards the end, ‘Last Ride’ is a terrific tune, followed by the breathtaking ‘Witching Hour’ about the brevity of life. In ‘But A Nightmare’ Danzig sings in the first person, playing the bogeyman. The song climaxes in a glorious explosion of riffs and feedback squeals. He keeps the vocal range limited I feel as he knows his boundaries hitting the later years that he is, and it ain’t no stompers here, just controlled numbers mostly with wicked build-ups until hitting their zenith. But they are pretty darn good!

Disappointingly the production is worse than his first (1988), self-titled, album and initially, this one felt “Meh”. But, “Black Laden Crown” grows on you. Are the tunes ballads, or dirges? Neither?? The recipe of Danzig’s songs are a blues-doom mix – that is, slow rhythm, gets heavier, great guitar weighs in and most tunes leave you blown away and gasping for air –  is similar each time but different enough to have kept this reviewer wanting more. Simultaneously this could be a downfall too. Is it too formulaic for a man, as I’m sure the buck stops with Glenn, who has really driven or forged music sub-genres? Some might argue he is resting on his laurels, or his “Black Laden Crown”.

I guess if you’re a fan you pretty much know what you’re in for.

Where Johnny Cash is country gothic, Johnny Rotten is to ‘ánarchy’ and punk, Danzig is to goth-nightmare-rock. “Black Laden Crown” keeps that going and it’s a worthy offering, and canon in their catalogue, though not at the peak of the collection. Danzig the band and man will still be a master, a legend, and a Misfit goddamn! 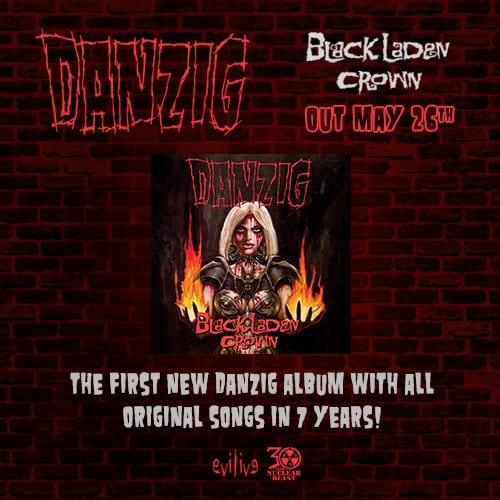 PHIL CAMPBELL AND THE BASTARD SONS With New Single

THEREIN Reign In The Chaos