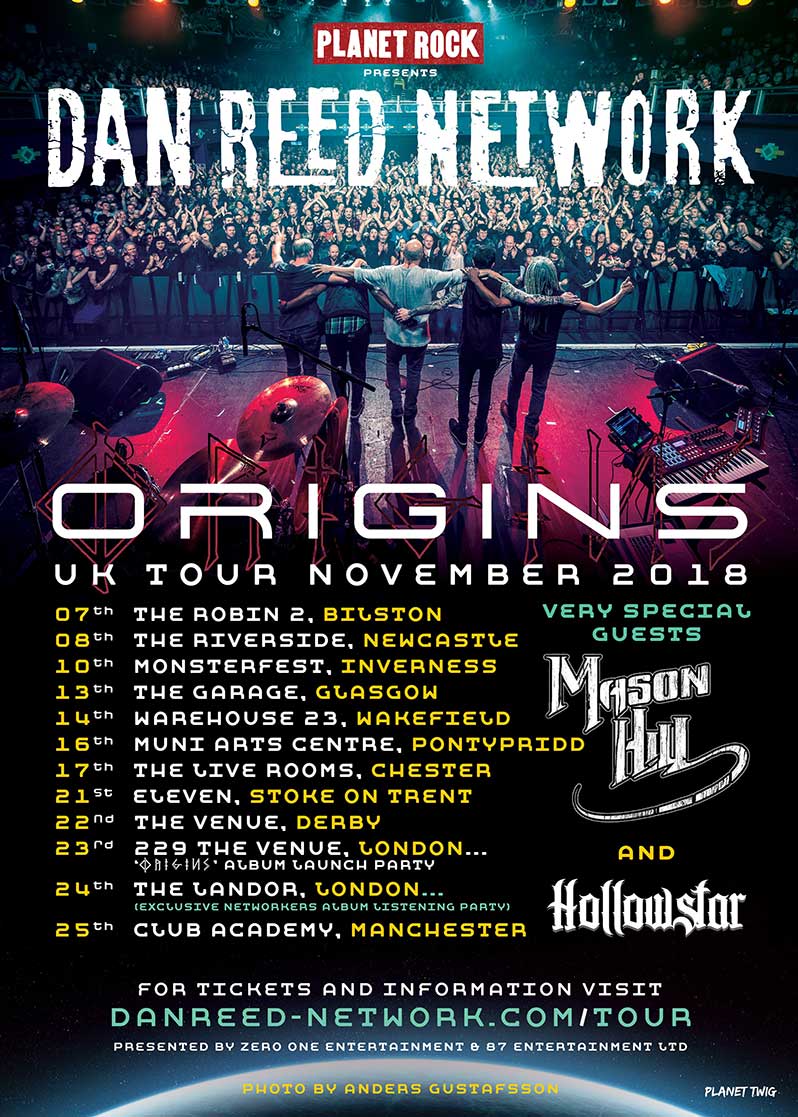 Dan Reed Network are delighted to announce their upcoming “Origins” November 2018 Headline UK Tour, that will see the band take in major cities across the UK in support of their impending new album Origins (released November 2018).

Tickets go on sale at 9am on Monday June 25th from www.danreed-network.com/tickets.

Dan Reed Network will showcase new material from the upcoming album whilst revisiting the hits and reworking some DRN classics in what promises to be a raucous celebration of their inaugural, global, fan immersive recording project Origins.

“We wanted to explore the opportunity to make our own decisions and taking ownership of our material, our trajectory and ultimately our love of creating music and entertaining those who support it,” says Dan Reed. “The November UK tour will be an embodiment of that.”

The “Origins” tour is by direct result of Dan Reed Network recording eight songs across three continents in front of 500 fans over the space of six months.

“Our live studio recording days have been a highlight moment in our career,” explains Reed. “Being able to showcase these new songs in a live environment will be a fantastic opportunity to thank and celebrate with those who made them a reality.”

The tour will be DRN’s first UK jaunt since gaining rave reviews when they supported Extreme on their critically acclaimed December 2017 UK tour.

Says Reed; “The love we were shown on that tour, by not just Extreme and their management, but by those who were queuing outside the venue before the concerts, and the reception they gave us during our set, was a fantastic reminder of what we can accomplish.”

Joining the Dan Reed Network on tour in November are two of the best up and coming British rock bands, Mason Hill and Hollowstar.

“There’s a whole new wave of energetic rock bands in the UK who are ready to explode,” reflects Reed. “DRN are thoroughly looking forward to sharing the stage with these talented young bands and hopefully we can help be a small part of their rise to the top!”