The team behind Brisbane live music venue Crowbar have today announced that they will be jumping the border to take over long-standing Sydney venue, The Bald Faced Stag.

After 6 years of holding down Brisbane’s ‘Home of the Heavy’, Trad Nathan and Tyla Dombroski are relocating to Sydney to take over The Bald Faced Stag venue lease for the next 5 years, after which the building may be developed or (hopefully) the lease extended.

The Crowbar team will apply their extensive venue management experience, intricate knowledge of the live music economy and tightly honed business acumen to help rebuild the Stag into a viable and thriving live music space.

“We’ve both spent a lot of time in Sydney over the years and have watched a lot of venues close down, we don’t want to see this happen to the Stag,” says Dombroski “We have an opportunity to rebuild it, and we are going to make that happen!”

Like it’s Brisbane counterpart, Crowbar Sydney will provide a familiar and welcoming ‘home base’ for bands and punters alike while creating a link in the Australian touring circuit that provides an easy solution for touring bands and bookers.

One of Sydney’s oldest pubs established in 1833, the Stag boasts a 550 cap band room with a curtain to cut capacity down to 250, a huge front bar, beer garden, kitchen and an indoor smoking area.

“The space is absolutely amazing and the timing is right,” says Nathan. “We’ve built a strong community for punters and bands at Crowbar in Brisbane, we can’t wait to bring the same values to Sydney!”

Crowbar Sydney is taking band bookings now for a start date in December. 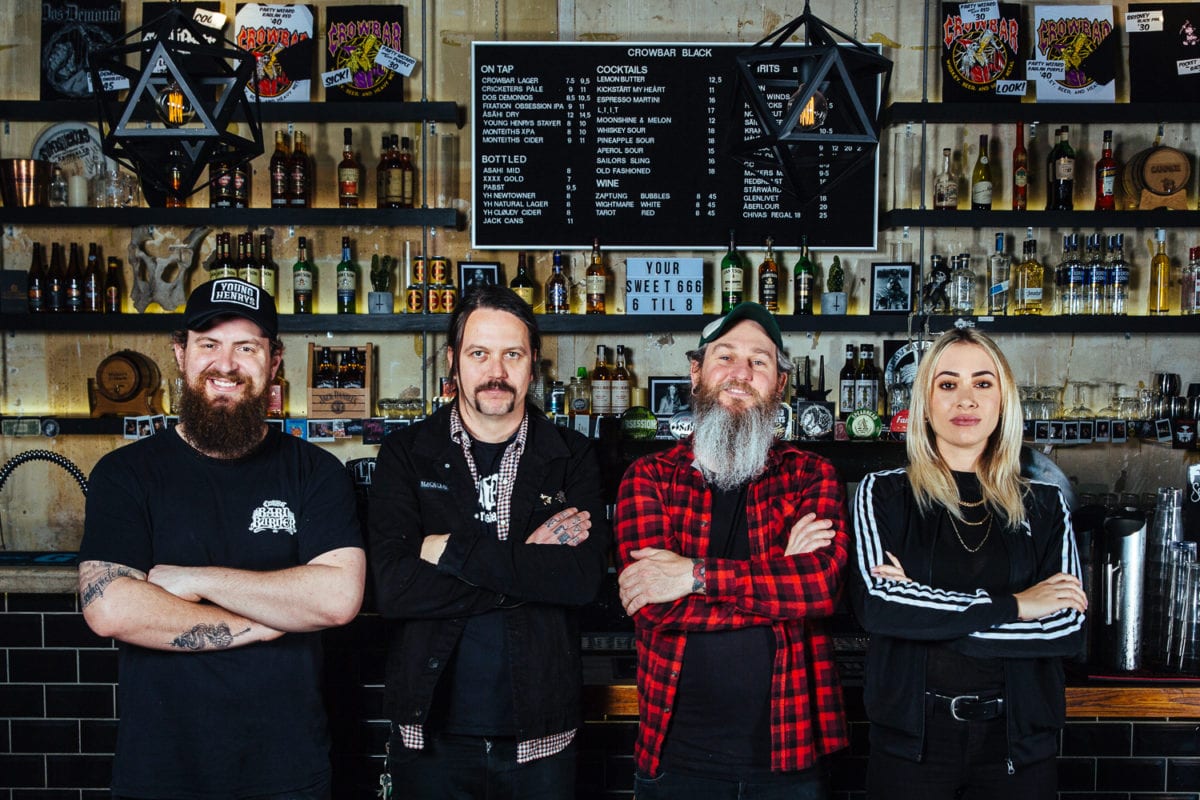