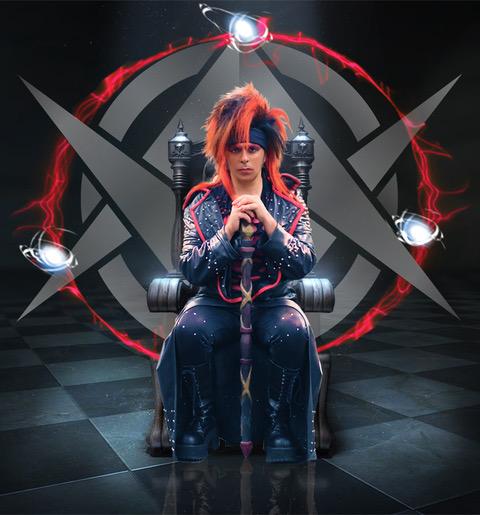 Australian based Futuristic Theatrical Rock Warriors, CROSSON, have returned with their new album Invincible.
Invincible is the follow up the bands critically acclaimed 2016 album Spreading The Rock ‘N Roll Disease.

The opening track Rock Warriors is an anthemic tribute to all the bands and artists who laid the foundations for the genre and kept it alive and kicking for decades, whilst the first single Never Give Up is an inspirational and ‘catchy as Chlamydia’ track with a strong 80’s Bon Jovi vibe that would even make Desmond Child tap his feet!

Frontman Jason Crosson says of the album, “Invincible is 10 notches up from where we left off with Spreading The Rock N Roll Disease. The song writing and production has leaped in great bounds and the album will have you shamelessly singing along to the catchy choruses while leaving your ears bleeding”

Nothing can prepare you for the visual onslaught Crosson delivers in its live show. Numerous costume changes, blended with high energy choreography, smoke, sirens, and catchy rock anthems makes their live show a seen-to-be-believed entertaining experience!Australian Tour Dates to be announced soon!

Watch the bands incredible videos for
Never Give Up and Unconditional Love (feat. Jessica Wollf)
If Spreading the Rock n Roll Disease sparked people’s attention, Invincible will have them jumping aboard the Crosson rebel train!
Invincible is out now!
smarturl.it/6joir4