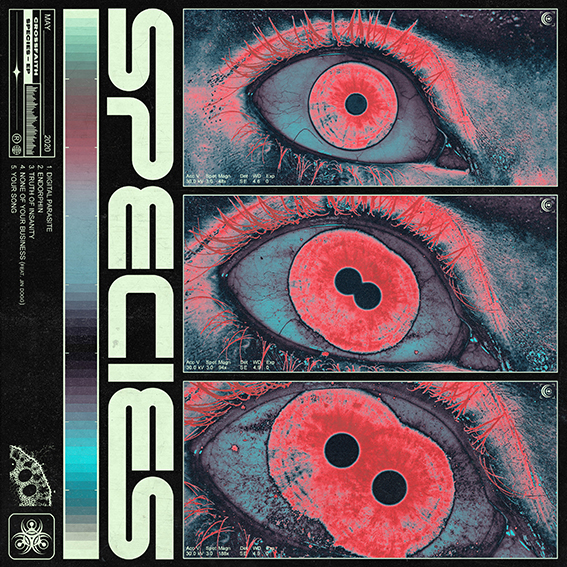 Crossfaith are back, taking their futurist, hardcore sounds to the next level with their new EP Species, the perfect soundtrack for a global pandemic.

Step into the record with the first single “Digital Parasite“, that we’ve had a few weeks and lots of spare time to let marinate.

Opening with gang chants, before giving it their all, the first release since their 2018 album Ex Machina grooves and grinds this Japan band back to their position in the hardcore scene.

Next up futuristic sounds of “Endorphin“, this track is made complete with the Blade Runner inspired female vocals, allowing your imagination to visualise the scene between two vocalists.

Sandwiched in the middle, the close to home titled track “Truth of Insanity“, takes us back to the band’s 2006 beginning, the old school throwback reminds us of Crossfaith’s early beginnings covering Slipknot and Linkin Park, wearing their influences on their cut off sleeves.

Their 2018 offering Ex Machina, saw the introduce guests and track four, “None of Your Business” borrows the skills of Jinn Dogg, the track being the closest thing to the band’s last album on the new release. Opening up with alarm sirens, you’re instantly on edge, with the breakdowns giving you a chance to breathe before launching into the huge chorus. The track finishes with vocalist Kenta Koie screaming it’s not your business– brutal!

Rounding up Species with the final track, “Your Song“, introduced by soft electro beats that resemble your girlfriend’s ringtone, it quickly gets back on track delivering the thick, screamo anthem built for the pit.

Species is not background music. It was made to wake you up, get you up.

It’s the slap in the face the future of hardcore needs.

Now let’s get back to normal so we can move and sweat to this together in the pit.