Coming In To Land With THE HELLACOPTERS 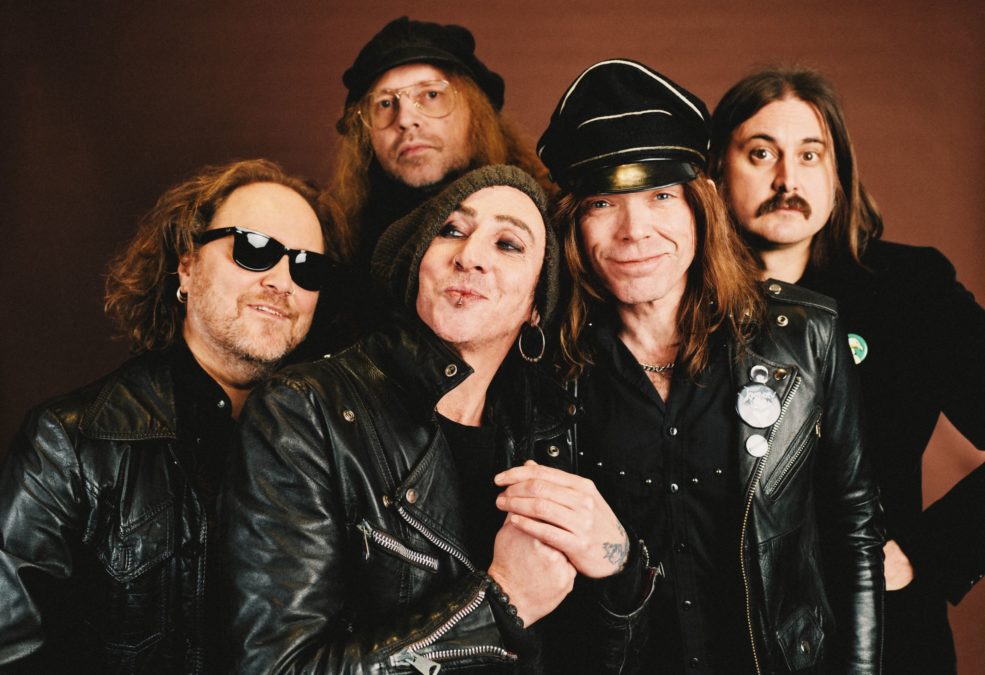 Despite making a triumphant return to the music world in 2016, Swedish rock outfit The Hellacopters are still yet to appease long-term fans by releasing new music.

In fact, the band’s last album was 2008’s Head Off, an album which signified the beginning of a hiatus that was to last close to a decade.

The band have lost none of their swagger or ability to belt out ripper tunes, and are set to prove this to the world with the release of Eyes Of Oblivion on April 1.

Vocalist/guitarist Nicke Andersson joined HEAVY during the week for an entertaining stroll down history lane and chat about the new album.

“I think whatever we did, you could tell what kind of band we were,” Andersson recalled of the early years of the band. “At that moment – in Sweden at least – there was nothing else like it. The grunge thing was still happening, and in Sweden there was also a lot in Indie but there was no rock and roll to speak of. I mean, there were some underground bands but we are talking very underground, so I think we probably filled the void, which is interesting because it seems like we’re doing that today again. There’s even less rock and roll out there today, sadly. I really miss the young bands that are kicking my ass.  You just don’t see them. There’s a lot of laptop-based music around (laughs).”

When it comes to Eyes Of Oblivion, Andersson admits it’s good to finally have some new material out there for the fans.

“It’s a new Hellacopters album, and it’s been a while,” he shrugged when asked to describe the album. “I mean, I can’t really analyse it myself. We’re happy with it, as most bands are when they put a new album out (laughs), otherwise I hope they don’t put it out! It feels really good to be back. It took some time to get this thing finished because the recording was spread out over a long period of time, but it’s done and it feels good. In my head I’m already moving on to the next one.”

In the full interview, Nicke talks more about the songs on Eyes Of Oblivion, the three singles released and how they relate sonically to the album as a whole, why the band took six years to release a new album, how different the process was from when the band’s most recent album Head Off was done in 2008, their debut album Supershitty To The Max and why he thinks it struck a chord with so many people, returning to the stage in 2016 and how that eventuated in a band reformation, future plans and more.

PRE-ORDER YOUR COPY OF EYES OF OBLIVION NOW:
https://hellacopters.bfan.link/eyes-of-oblivion