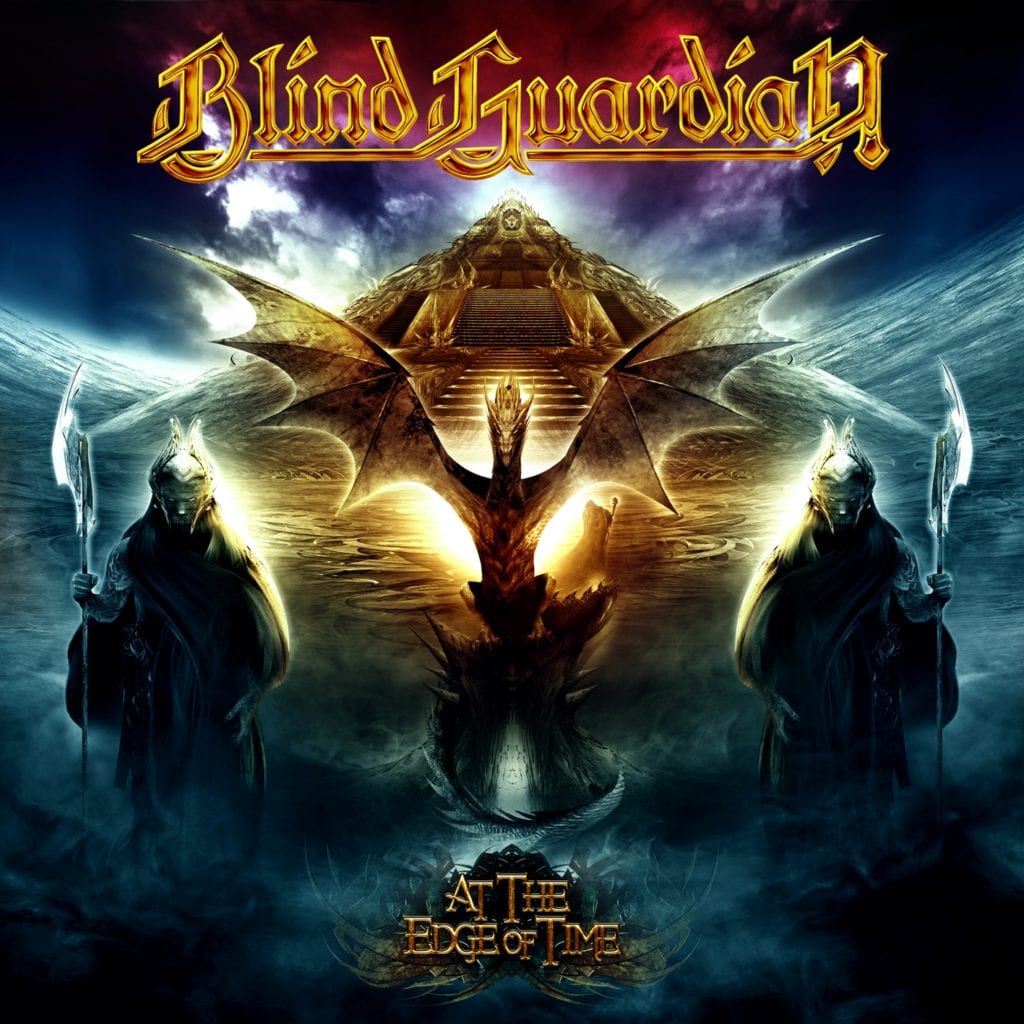 Following on from our previous instalment, this edition of Geeks In Metal returns to the world of Blind Guardian and George R.R. Martin. With the second track from their 2010 opus, At the Edge of Time, inspired by A Song of Ice and Fire: War of the Thrones, the imagery of the lyrics and the heavy themes of desolation, melancholy, and wintry climates are seen through the eyes of Jon Snow.

The themes touch heavily on the closing chapters of A Game of Thrones, as well as events from Snow’s perspective in the second book in the series, A Clash of Kings. War of the Thrones tells of the civil war that begins in Westeros following Eddard Stark‘s execution at the end of the first book. With Jon Snow locked in solemn oath to the men of the Night’s Watch, he despairs over his inability to join his brother Robb Stark, in marching on King’s Landing in the south.

Two versions of this song exist ,with an acoustic version from the 2010 single for A Voice in the Dark and the piano-driven album version. Songs such as the latter version demonstrate how well this style tailors to Blind Guardian‘s sound, capturing perfectly the themes of isolation, sorrow, and longing. It is easy to understand Jon Snow’s feelings during his early days on the Wall, and when he receives the raven’s warning of the ‘War of the Five Kings’ and his brother’s role. A number of lyrics recall important moments from the books, in particular Jon’s plight and the seeming futility of his situation.

Will it ever end?
Will I find what I’m longing for?
Will I ever walk out of shadows so grey?
I’m condemned, I am hallowed
Icy fields they won’t hurt anymore

As a man of the Night’s Watch, he is both condemned to a station he can never leave and revered for being a part of a highly noble and respectable order. He ponders if he’ll ever come to understand or recognise what his true purpose is and whether he can escape the ghosts of his fractured past. These are themes that haunt Jon Snow throughout the ensuing novels and becomes a core part of his persona as he contemplates the harsh world that is Westeros. Later passages examine the impact of Jon’s actions and how the world is affecting him at the Wall, or the ‘world’s end’ as it is referred to in the song.

These lines hint at Jon’s initial bout to escape from Castle Black in the dead of night to join Robb. Eventually brought back by his three ‘black brothers’, the “luck at the gallows” refers to Jon’s punishment had he been captured; death by hanging. Being a deserter of the Night’s Watch is punishable by death and despite his noble intents, the lords of the land would have been forced to honour this condition.

Jon is subject to a series of dreams that haunt him most nights. They are usually driven by the notion of Jon being lost at Winterfell, finding he is the only one there. He feels alone and out of place not being a ‘true’ Stark, but a bastard. The lines “My dream is a mirror / It reveals a matter of lies” refer more specifically to the character of Eddard Stark, Jon’s father. Jon is unaware of his true parentage when it comes to his mother and every night in his dreams, he tries to find Ned but cannot. The “matter of lies” is the emptiness that fills his dreams, and the loneliness of his dream appears to mirror his own forsaken, lost existence in the real world.

Whilst not so much a cynical character as the books continue, Jon is someone filled with doubts and regrets during his early days on the Wall, particularly when Benjen Stark goes missing and when Robb is made ‘King in the North’. Jon wishes to find his uncle, Benjen, but also feels bound by blood to honour the Starks. This dilemma drives much of the emotional turmoil of Jon Snow’s early days on the Wall, and is a constant point of drama in the story’s narrative when it comes to his POV chapters.

This element of sorrow and doubt is beautifully brought to life by Blind Guardian. Frontman Hansi Kürsch delivers one of his more impassioned performances to date, and the power from the vocals are complemented by piano and choral vocals. The emotional heights reached by War of the Thrones serve to build an atmosphere of majesty and sorrow, with the subtle use of medieval tones and musical motifs never overwhelming the song. To date, it remains one of the best and most relevant examples of the complex and intriguing world of A Song of Ice and Fire.