Queensland born Margot Robbie is currently one of the hottest names in Hollywood. Described by most U.S. critics as a double threat – meaning she has the looks to top the ‘Beautiful People’ lists and the acting skills that people believe will one day earn her an Oscar – Robbie has furthered her career ove the past twelve months starring in not one but two blockbusters, The Legend Of Tarzan and of course DC Comics’ Suicide Squad. So let’s put the spotlight firmly on Margot Robbie.

Personal Life: Robbie was born in Dalby (QLD) on July 2nd 1990, although she spent much of her youth living on the Gold Coast. She attended and graduated from Somerset College.

After moving to Victoria to further her acting career as a teen, Robbie appeared in television shows like City Homicide and The Elephant Princess before winning the role of Donna Freedman on hit television drama Neighbours. Many who saw her in this role predicted that she would go onto bigger and better things. The role created controversy for her when Donna shared a same-sex kiss on screen, however that didn’t stop Robbie being nominated for two Logie Awards while on the show. Her time in Melbourne also saw her appear in two Australian feature films I.C.U. and Vigilante before she left Neighbours to concentrate work overseas.

This move soon saw her star in the short-lived (but very good) television drama Pan Am alongside Christina Ricci. From there she went on to have a small part in the Richard Curtis directed romantic-comedy About Time which featured a stellar cast including Domnhall Gleeson, Bill Nighy and Rachel McAdams.

Robbie burst onto the international scene when legendary director Martin Scorsese chose her to play the vivacious Naomi Lapaglia in the Oscar nominated film The Wolf Of Wall Street. The role was a testing role for Robbie who originally thought she had missed out on a role in the film when she “went too far” during the audition process and slapped leading man Leonardo DiCaprio while improvising a scene from the film. Instead it impressed Scorsese and the actress soon found herself a household name on the back of some seductive and at times emotionally charged scenes that wowed critics. 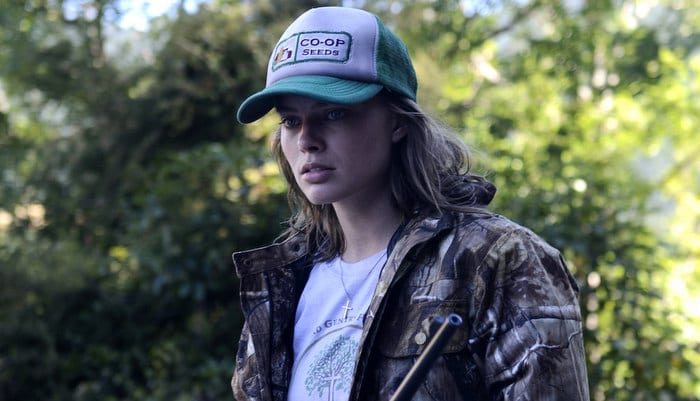 Every actress has a hidden gem role, a role they are brilliant in but few people have seen and for Robbie that was her performance in the cult indie film Z For Zachariah. She plays Ann Burden, a pastor’s daughter who is left to fend for herself after the Earth goes through a disease-caused apocalypse. While early on Robbie shows her class as an actress as she powerfully delivers scenes with no dialogue she later on finds herself having to portray a character whose innocence is lost and she has to make decisions about the strangers that invade her life – strangers played by gifted actors Chris Pine and Chiwetel Ejiofor. A must see for anyone that loves cult cinema. 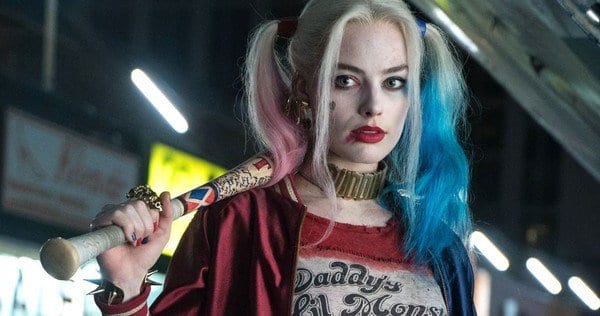 While it would be easy to mention The Wolf Of Wall Street again I’m going to go with Robbie’s performance as the insane Harley Quinn in Suicide Squad. While the film might not have been received by some critics the way it was by Heavy, the role of Harley Quinn was not an easy role to pull off. Imagine how tough it would be for an actress to play a character that is criminally insane but also a sexual minx… somehow Robbie manages to pull off the role, even managing to throw a little bit of comedy into the mix as well. All that plus she finally got to put the circus skills she learned as a youngster into her role. While the movie might not have been as good as many thought it would be… Robbie’s performance was certainly above par.

The Final Word: Sorry Russell Crowe but it does seem that Margot Robbie is well and truly on her way to becoming the highest earning actor/actress to have graduated from the Neighbours alumni. With a resume that any breakout actress would kill for her star doesn’t seem like it is going to fade anytime soon as she is currently working on new films Terminal (with Simon Pegg), an untitled Harley Quinn film, playing the wife of Winnie The Pooh creator A.A. Milne in a yet to be titled film and also doing the voice of one of the characters in the new Australian animated film Larrikins.

In The SpotlightMargot RobbieNeighbourssuicide squadThe Wolf Of Wall StreetZ For Zachariah