COG and OSAKA PUNCH at the Great Northern Hotel, Byron Bay on 08/02/19 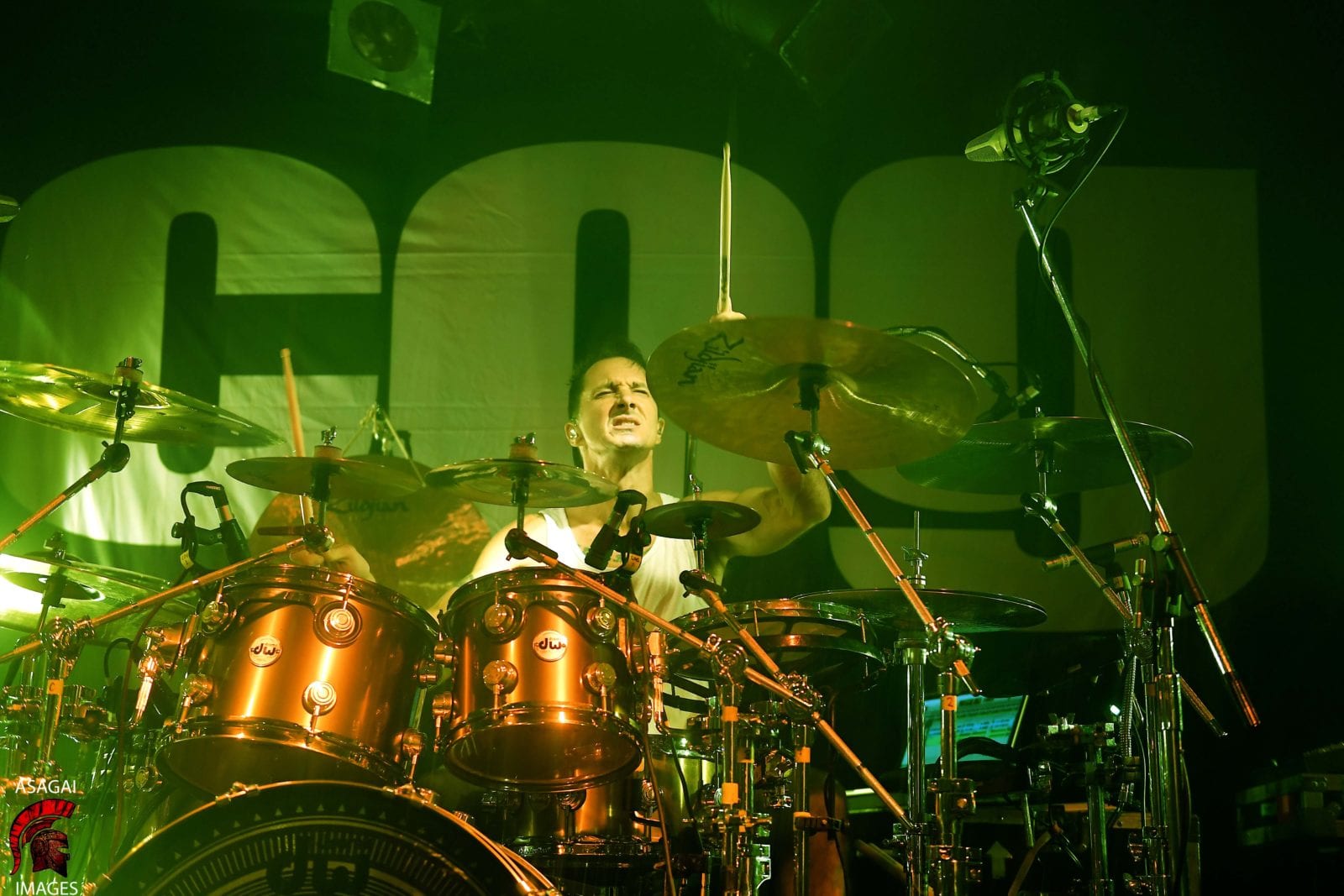 Osaka Punch are one of those bands who you could imagine having fun at a funeral. Every time I have seen them they have been up for the fight no matter the size of the stage or the venue or the band they are supporting. They have a style and charisma all of their own with enough cheekiness to ensure that the audience is constantly on their toes, waiting for that next bit of musical insanity or quality.

Tonight as the only support for Cog they needed to bring their A game, which they did (as if there was ever any doubt).

With the intro for Baywatch still ringing in your ears, the boys started with an instrumental jam that led into single ‘How We Operate’ and by that stage the lasting effects on the retina from vocalist Jack’s sparkling Gold sequin jacket were just starting to fade.

Playing a slightly longer 45-minute set, Osaka Punch still wasted little time, cramming as many songs as they could into their timeslot, preferring to let the quality of their music act as a promotional tool rather than the mumblings of a vocalist doubling as a presenter. 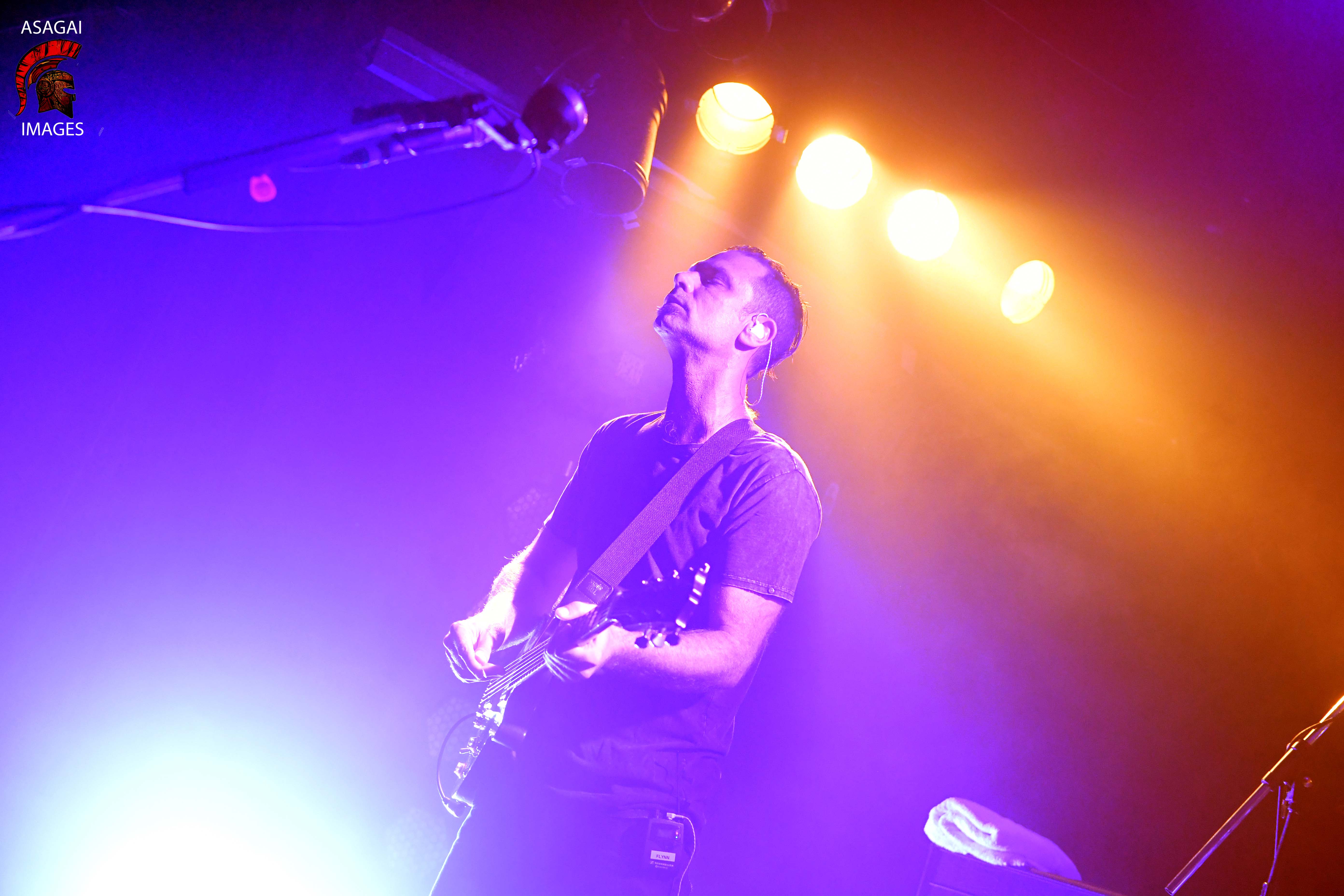 Their music is infectiously mesmerizing, with equal parts funk, metal, rock and electronics blending seamlessly into an eclectic sound that is at no stage overpowering. It would be easy to make comparisons with a number of other bands who have perfected the genres Osaka Punch replicate in their own fashion, but to do so would only detract from the performance of the band who have worked hard to establish their own identity.

New single ‘Hall of Shame’ was amongst the highlights of the set, as were regulars ‘Stonk’ and ‘Actibreeze’ (with the rendition of ‘Push It’ that follows a treat), but for mine ‘Battleworm’ was the highlight. With a thunderous drum lead in to the song, it quickly turns into controlled chaos, showcasing almost every musical psyche of a band who is currently at the top of their game.

Bravely finishing with another instrumental piece, Osaka Punch proved at that moment that conventional methods of music are something which doesn’t interest them. They are a welcome breath of fresh air on the Australian music scene and one which you can bet will entertain you every time you see them.

Cog are somewhat of an Australian musical enigma. 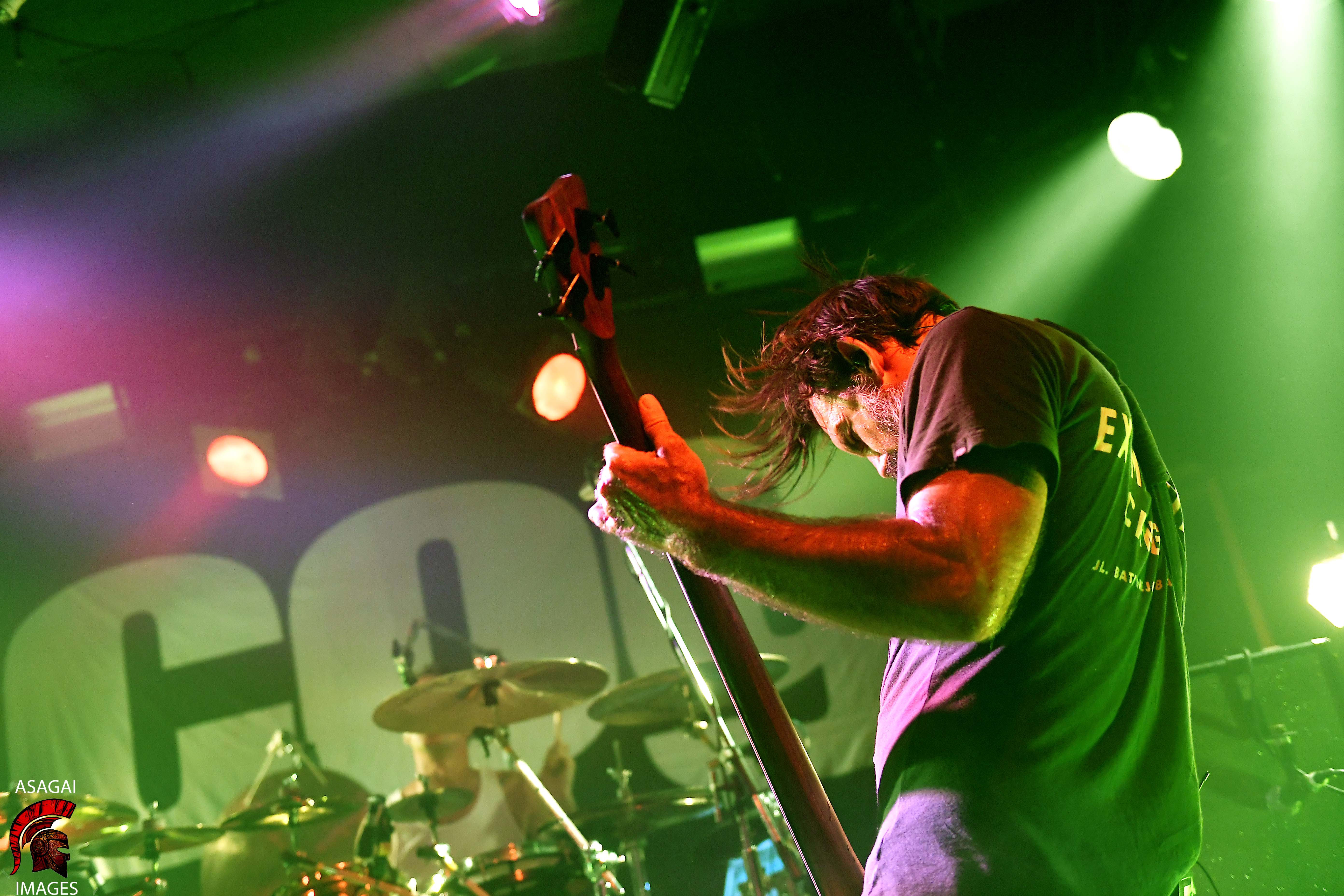 If any of those people were here tonight then they would have thrown egg on their own faces because Cog emphatically announced that not only are they back, but you had better bring a sledgehammer if you try to move them.

To steal the phrase, Cog are a band by the people, for the people.

With little fuss or fanfare, their music has established them in the hearts and ears of Australian music fans and fellow musicians, with a hard-earned reputation of no bullshit music that is accessible to fans no matter their social or economic standing.

As vocalist Flynn Gower declared, “it’s quite rare for us to play these days but with a crowd like this, it makes us happy. We might have some serious, political lyrics but we play music to make people happy”.

And there would not be one person in tonight’s crowd that could disagree.

Opening with ‘Doors’, the crowd were singing the lyrics back to Flynn before he could even open his mouth, and the smile on his face before launching into the lyrics was that of a man content with his current position.

‘Are You Interested’ and ‘What If?’ followed, and already by this early stage of the set you could feel the emotion in the room. People were singing, moving, and reliving moments of their youth with each song, with even new songs ‘Altered States’ and ‘The Middle’ sliding effortlessly and popularly into a set list of fan favourites.

Not once did Flynn have to introduce a song, with most of the crowd in raptures after recognising the first note struck. 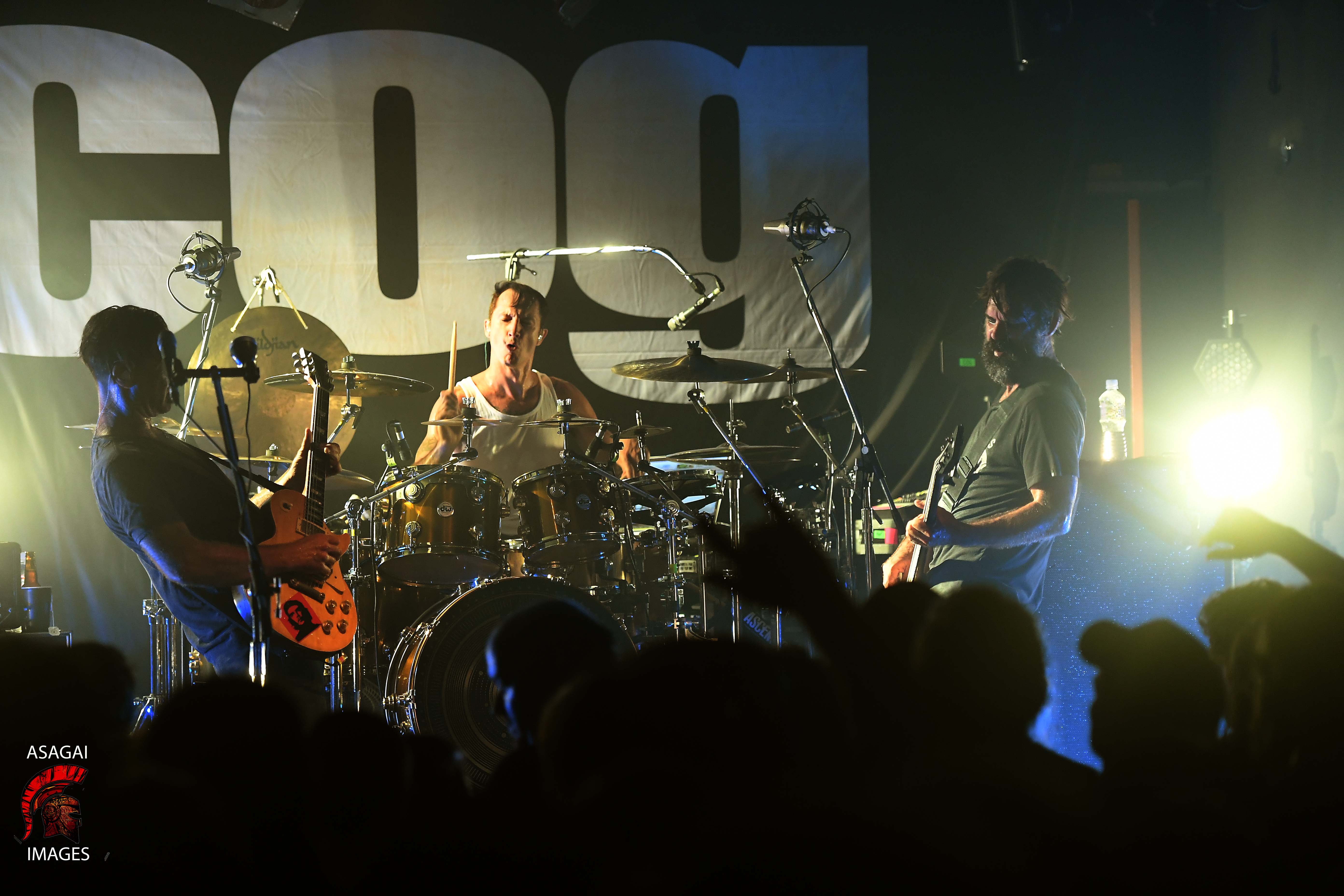 Bass player Luke Gower looked to be having the time of his life, bouncing and smiling between adding his vocal back up talents to songs that were enriched by his voice.

If drummer Lucius Borich isn’t the best drummer in the country then he isn’t far behind, with every kick and drum roll resonating through the bodies and exiting the mouths of an adoring audience.

Brand new single ‘Drawn Together’ – which the band played for the very first time live – was just as popular and well known as older songs like ‘Resonate’, but it was ‘My Enemy’ which brought the crowd to life as Flynn almost put down the microphone as if trying to be heard over the crowd was a futile effort.

Cog are back ladies and metalheads, and if anything better than before.

Don’t believe me? Go see for yourself. If you can still get a ticket. 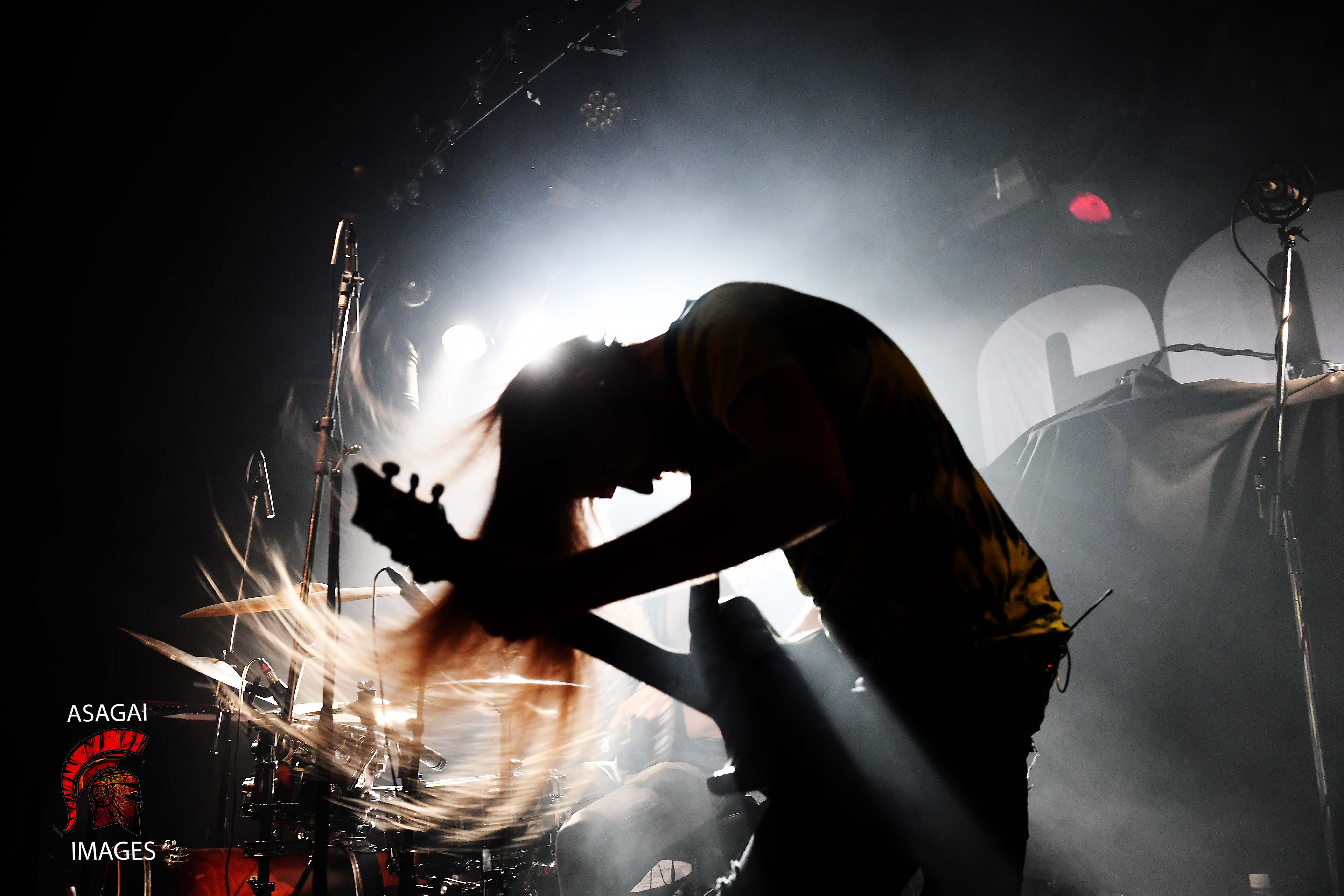 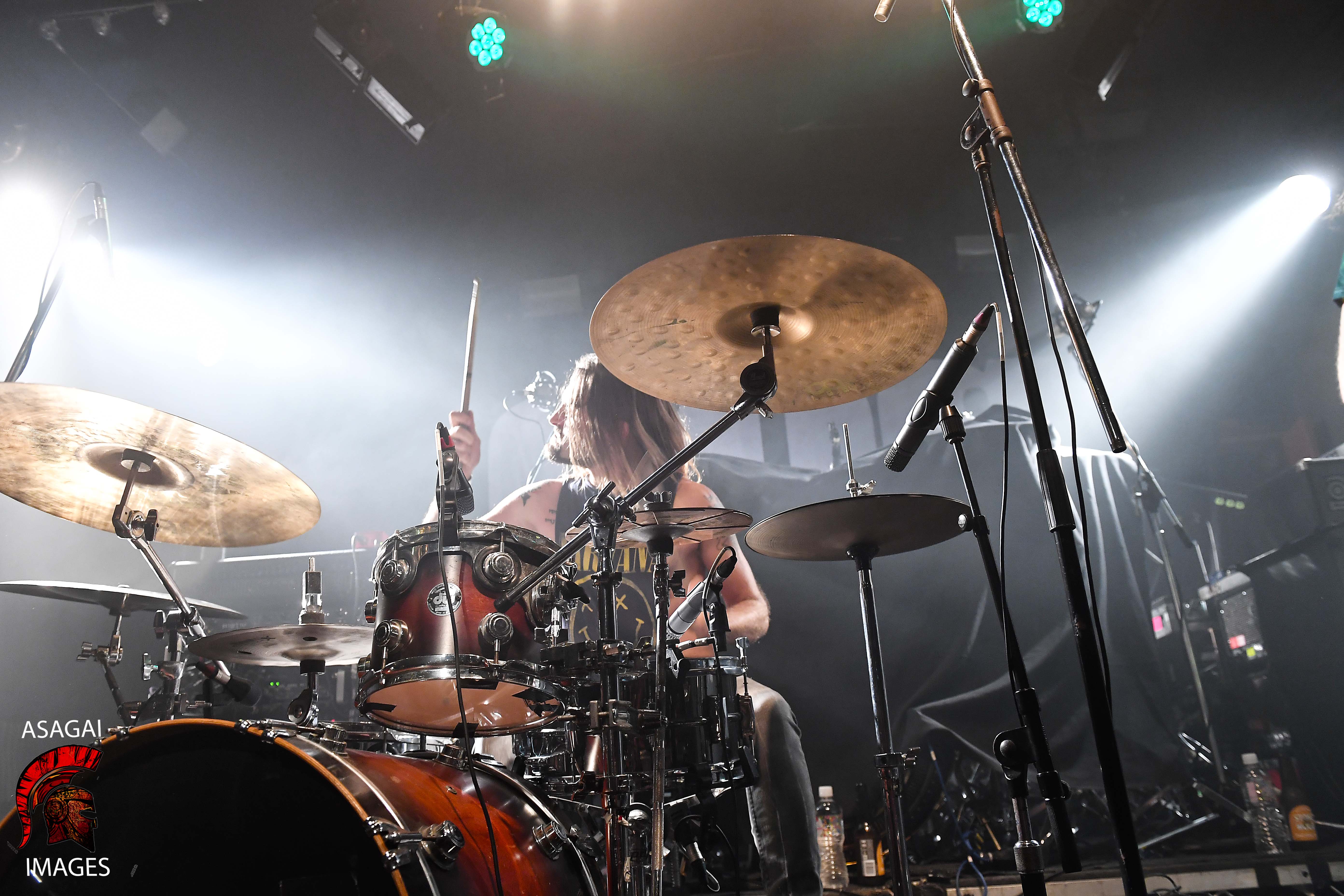 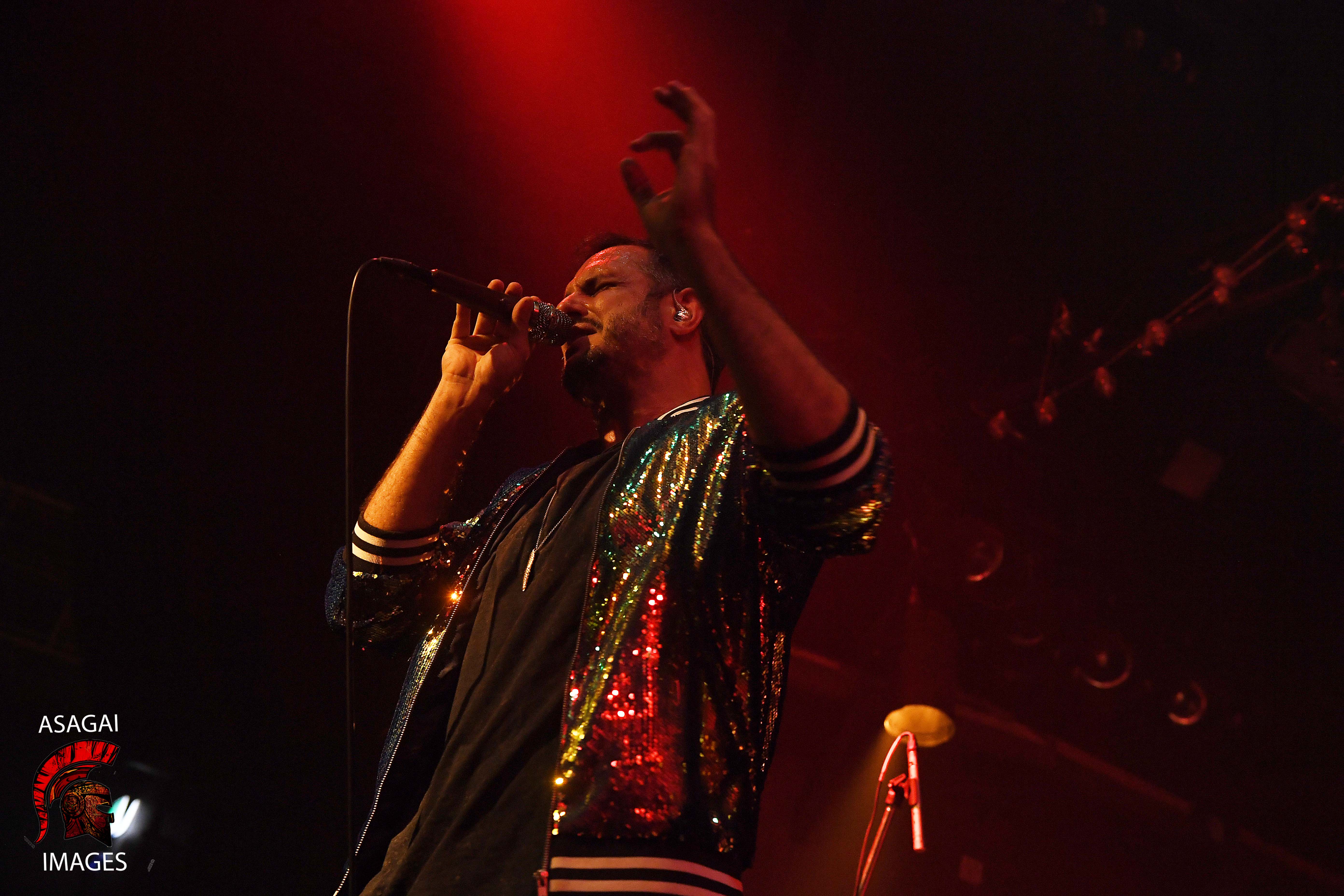 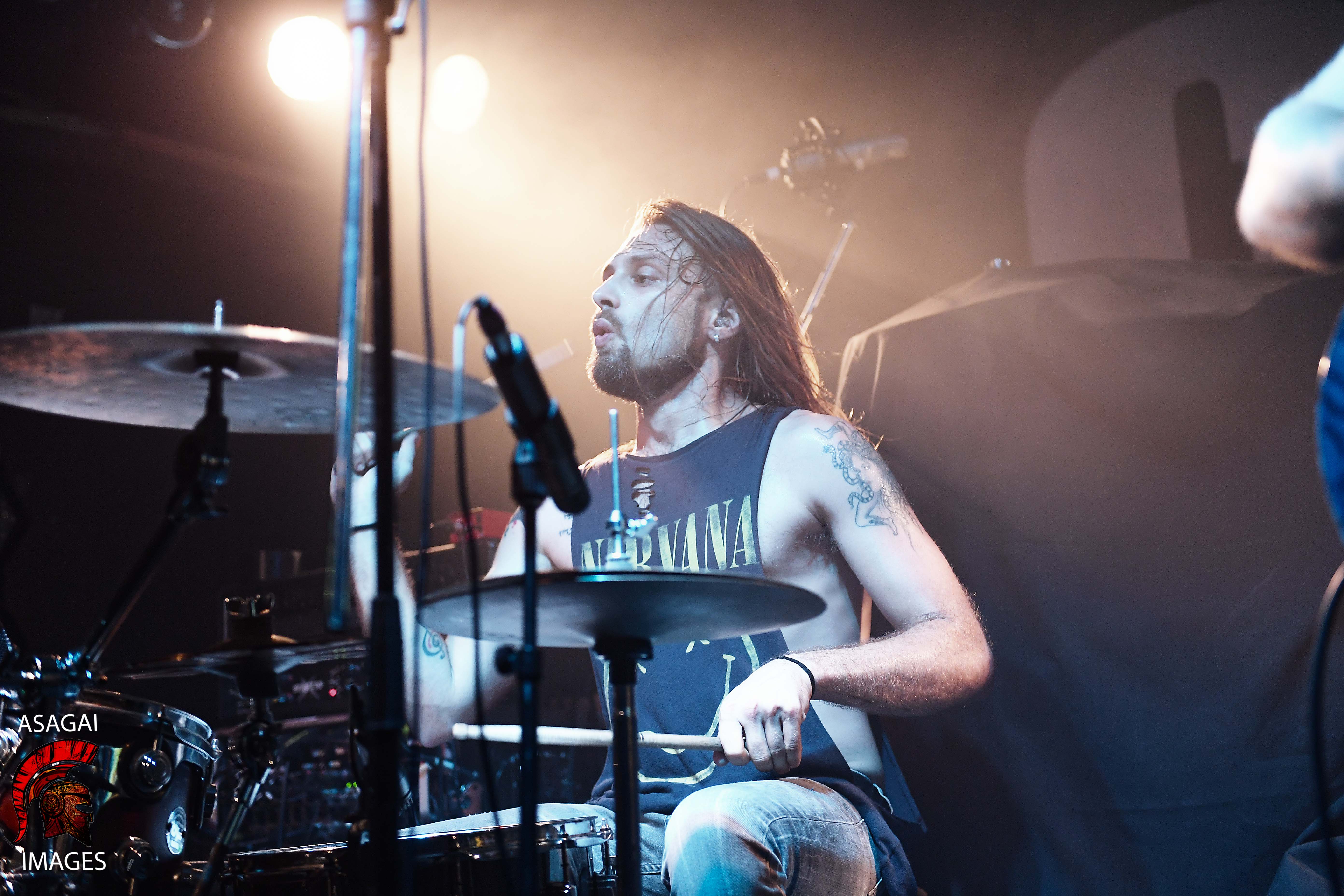 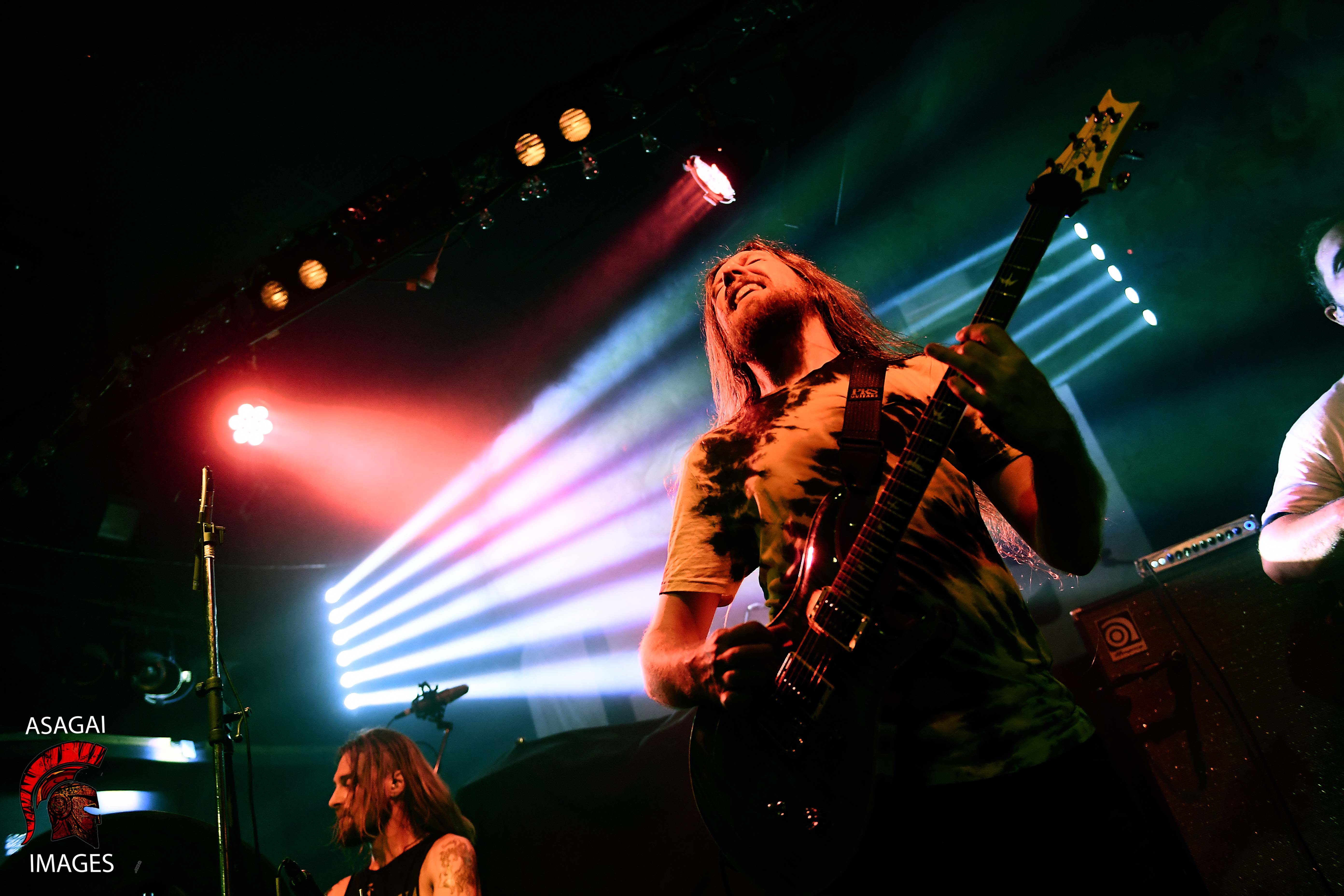 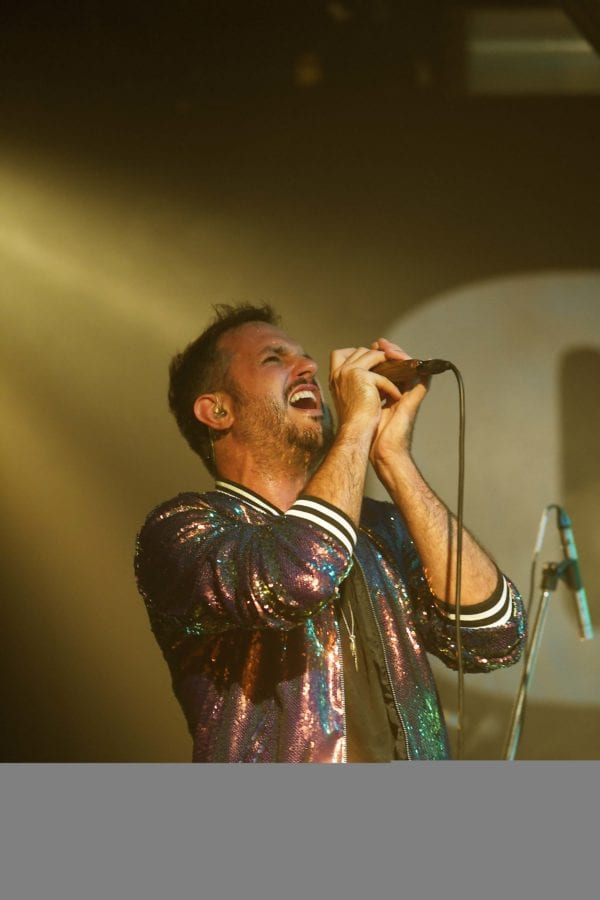 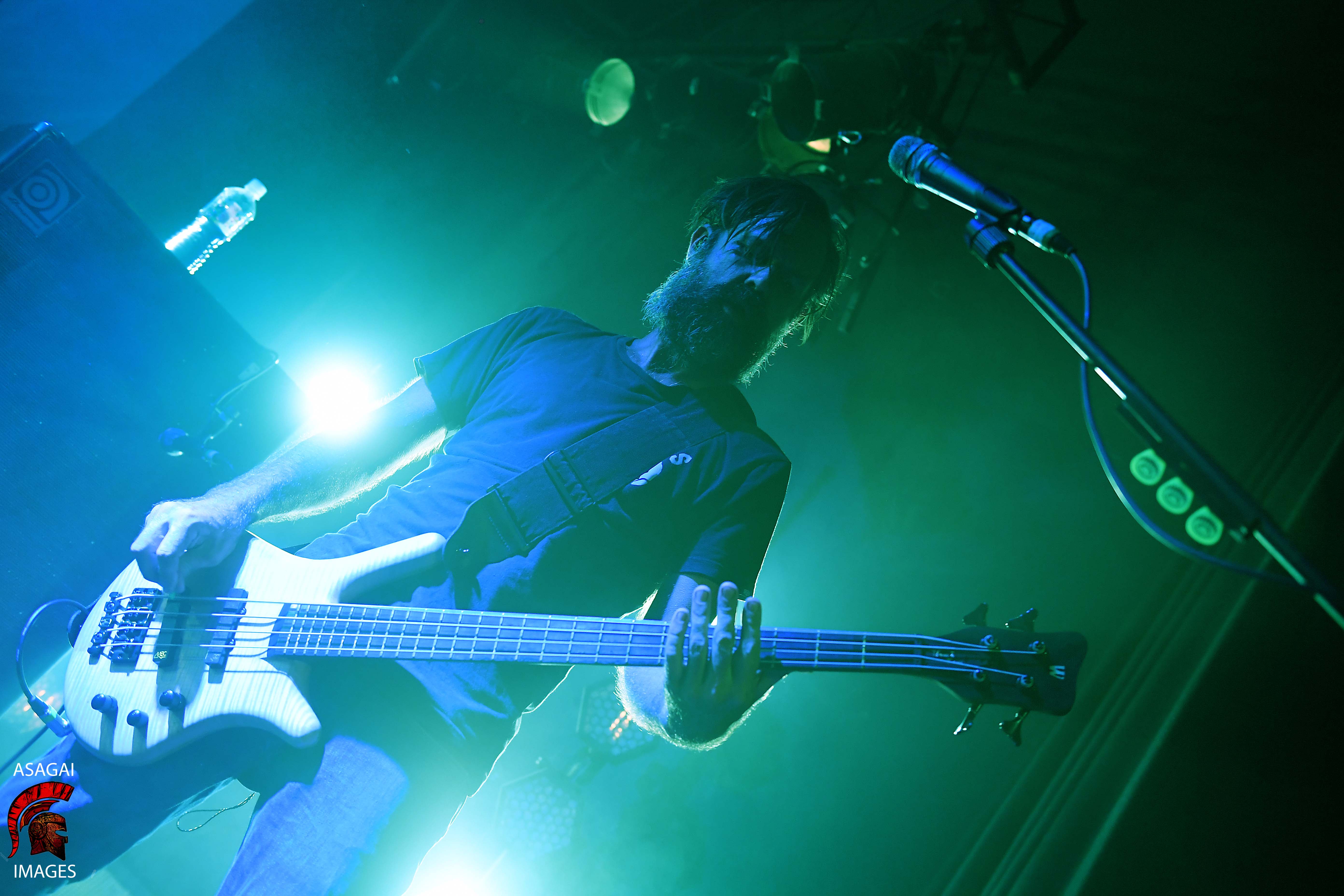 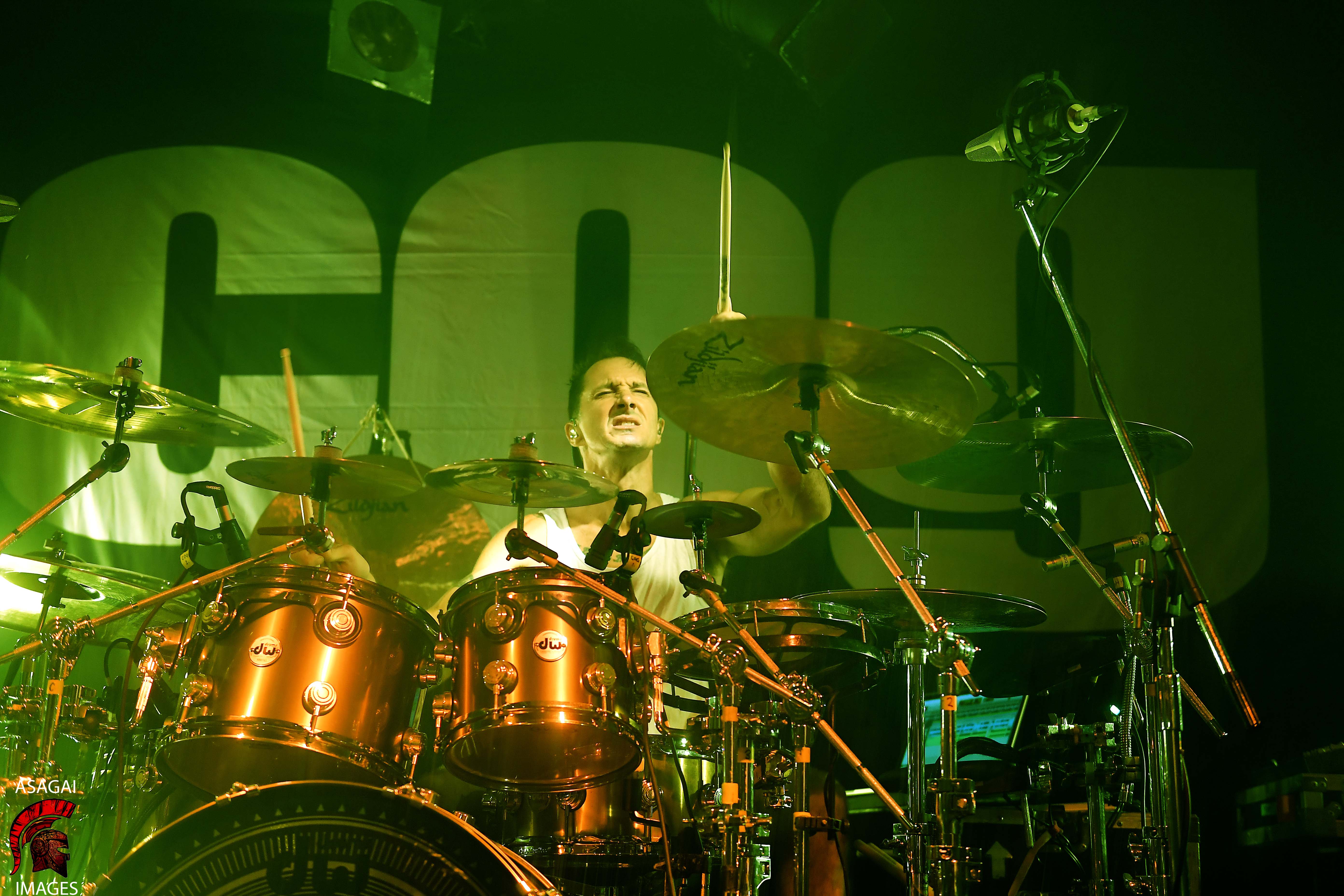 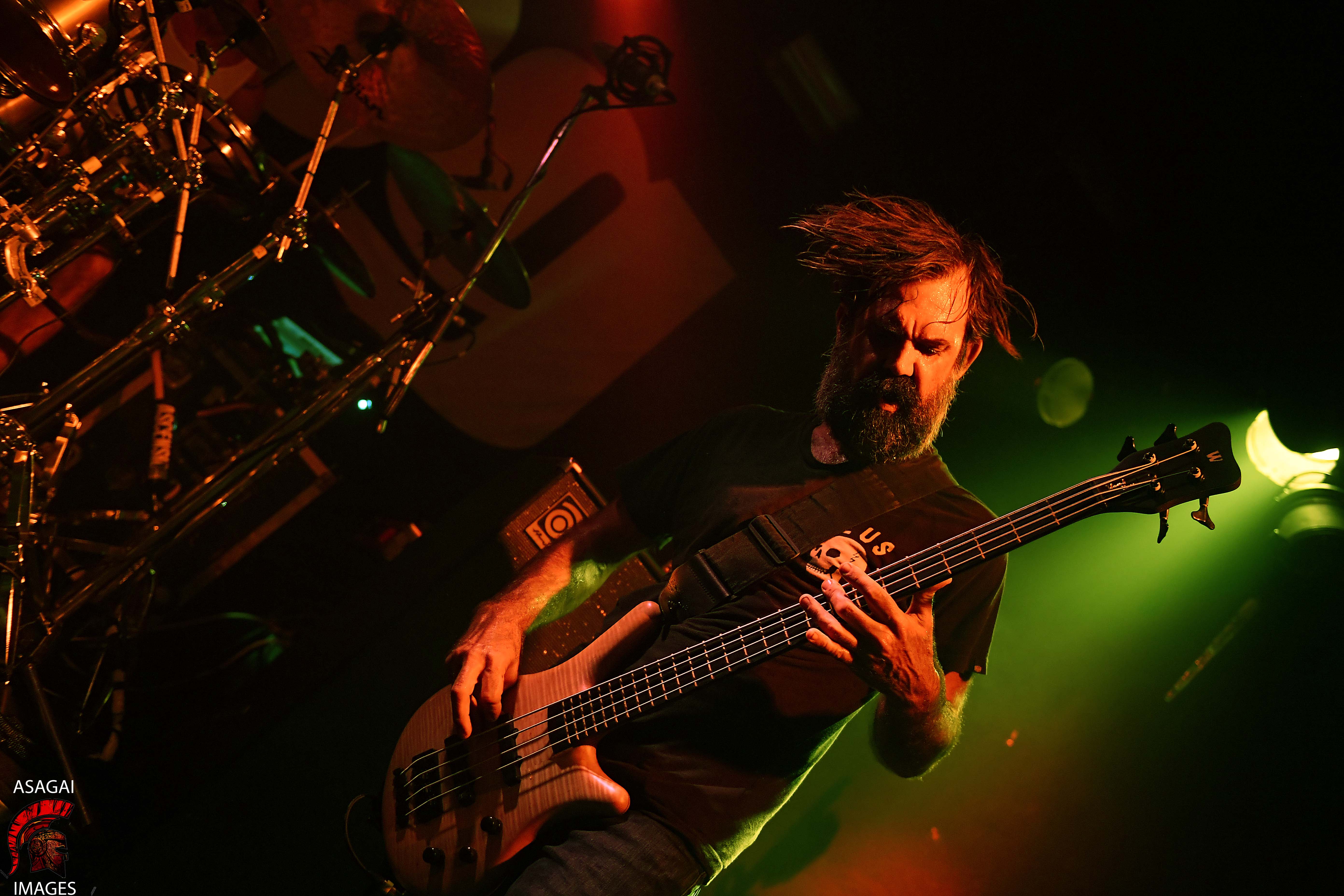 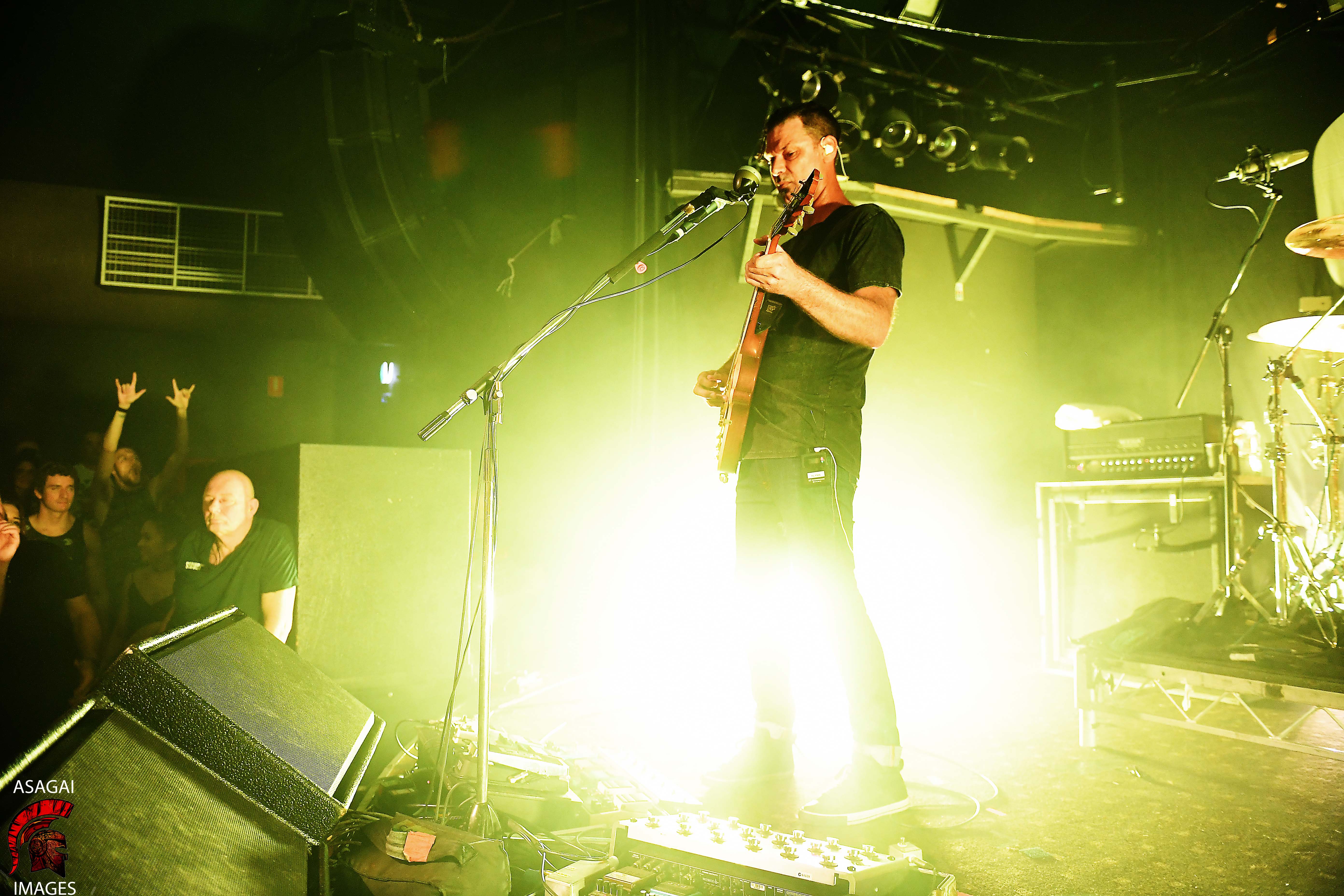 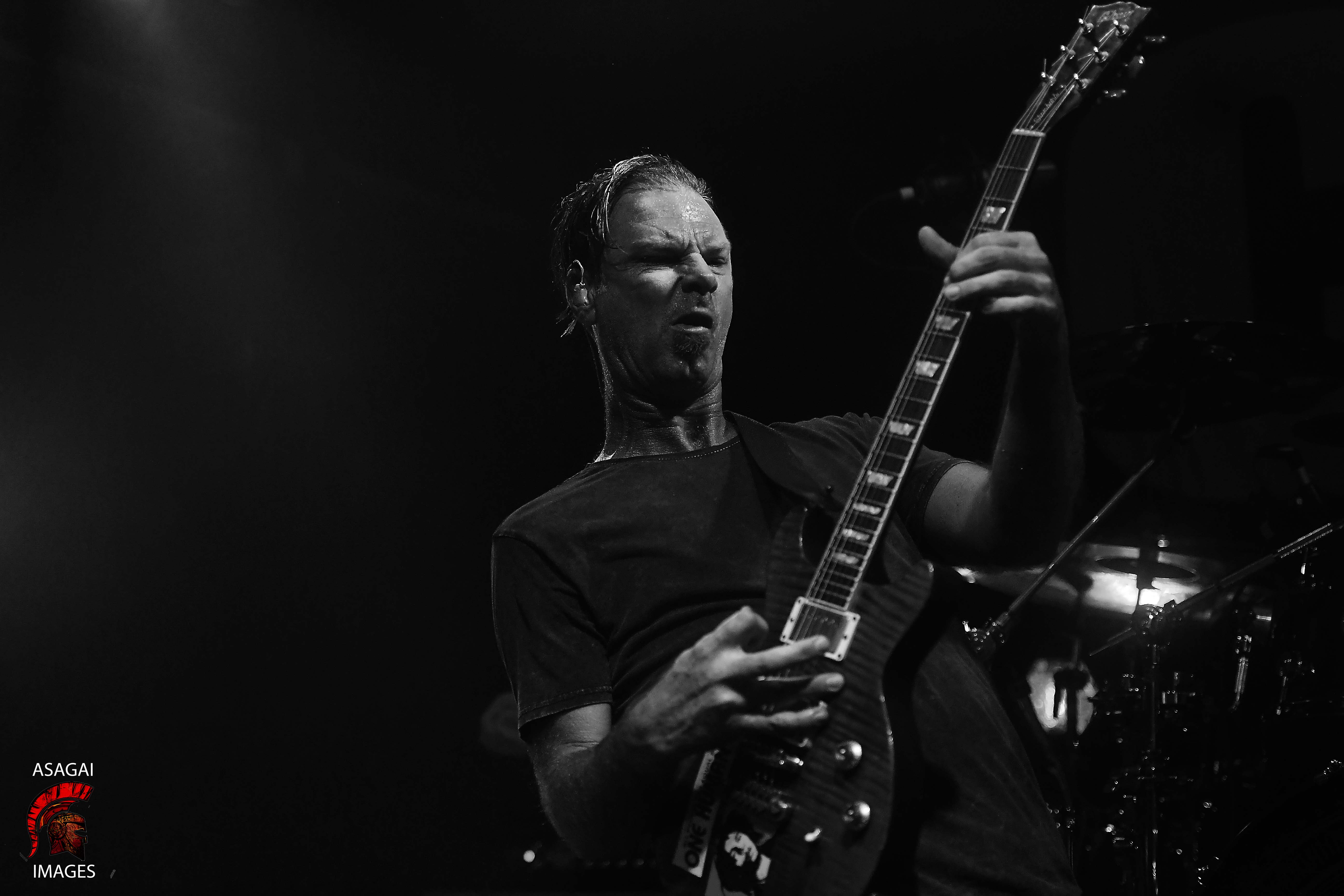 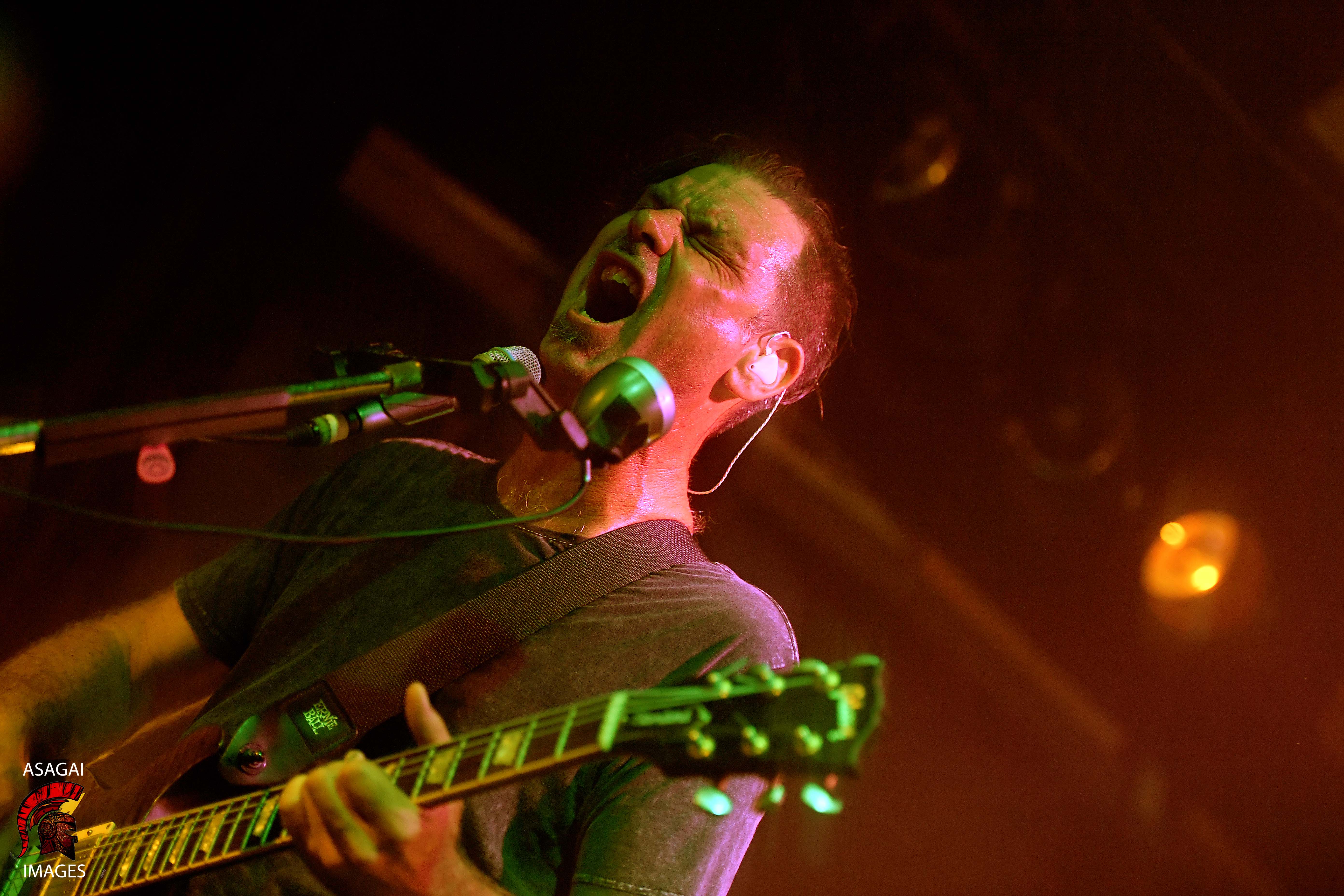 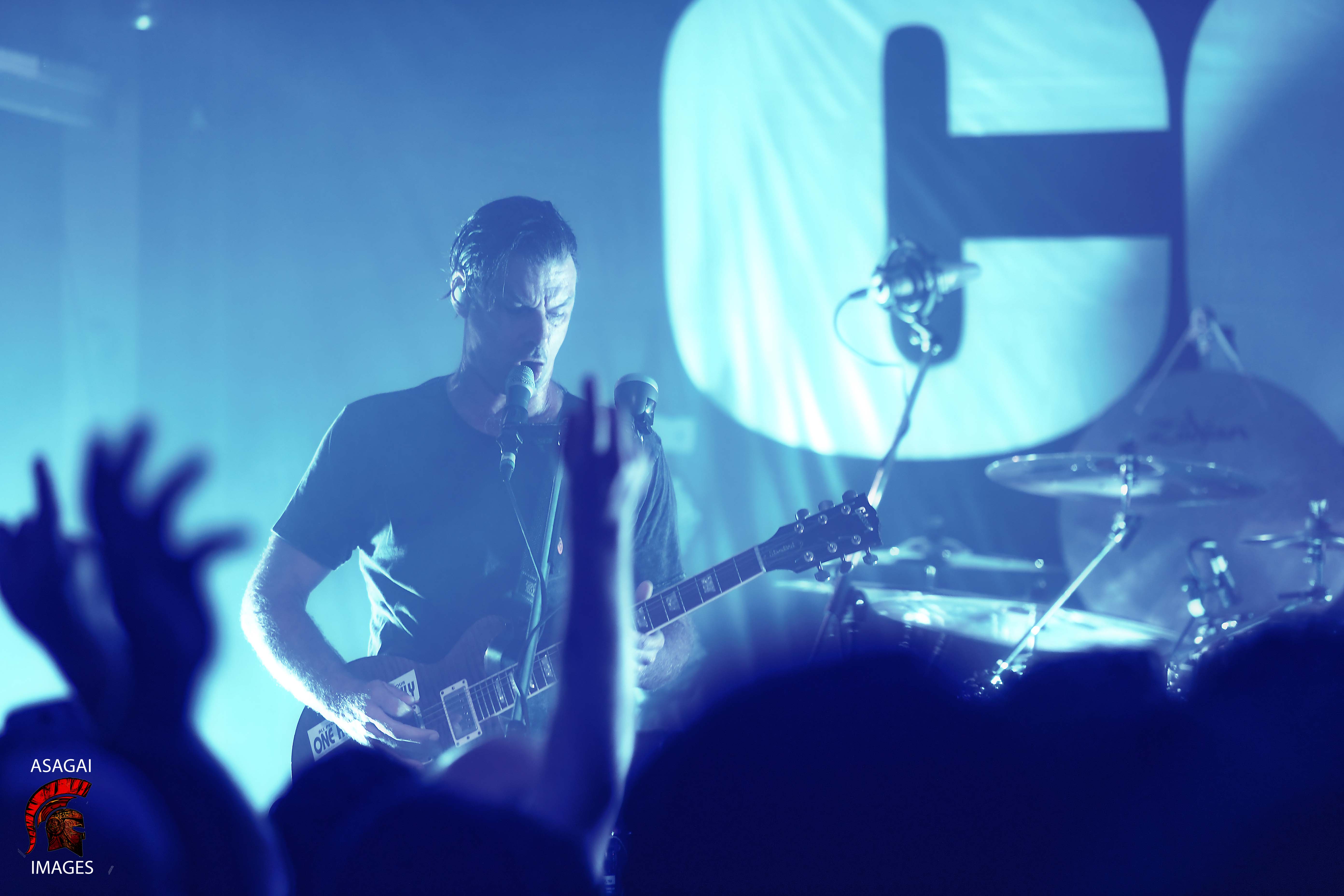 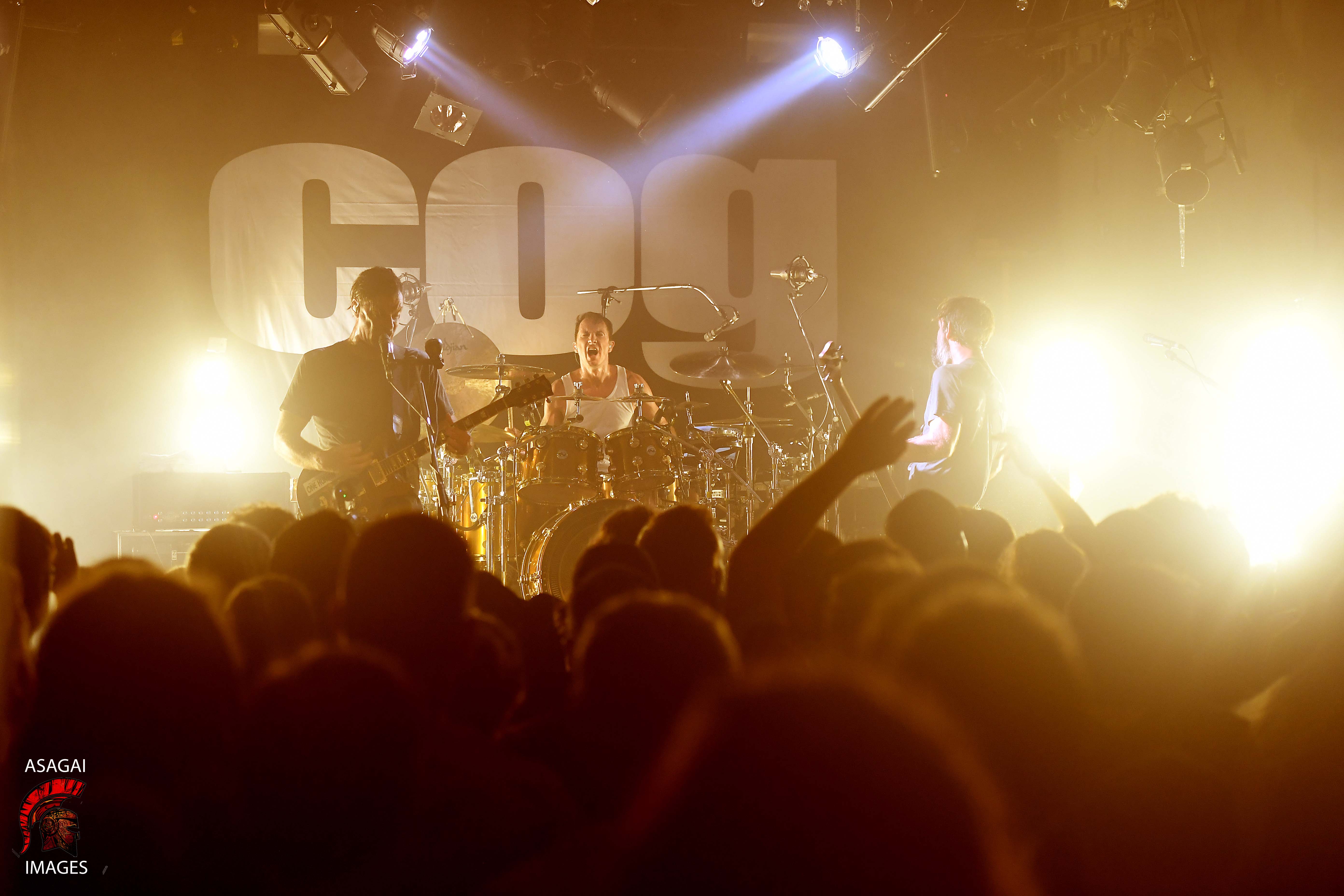 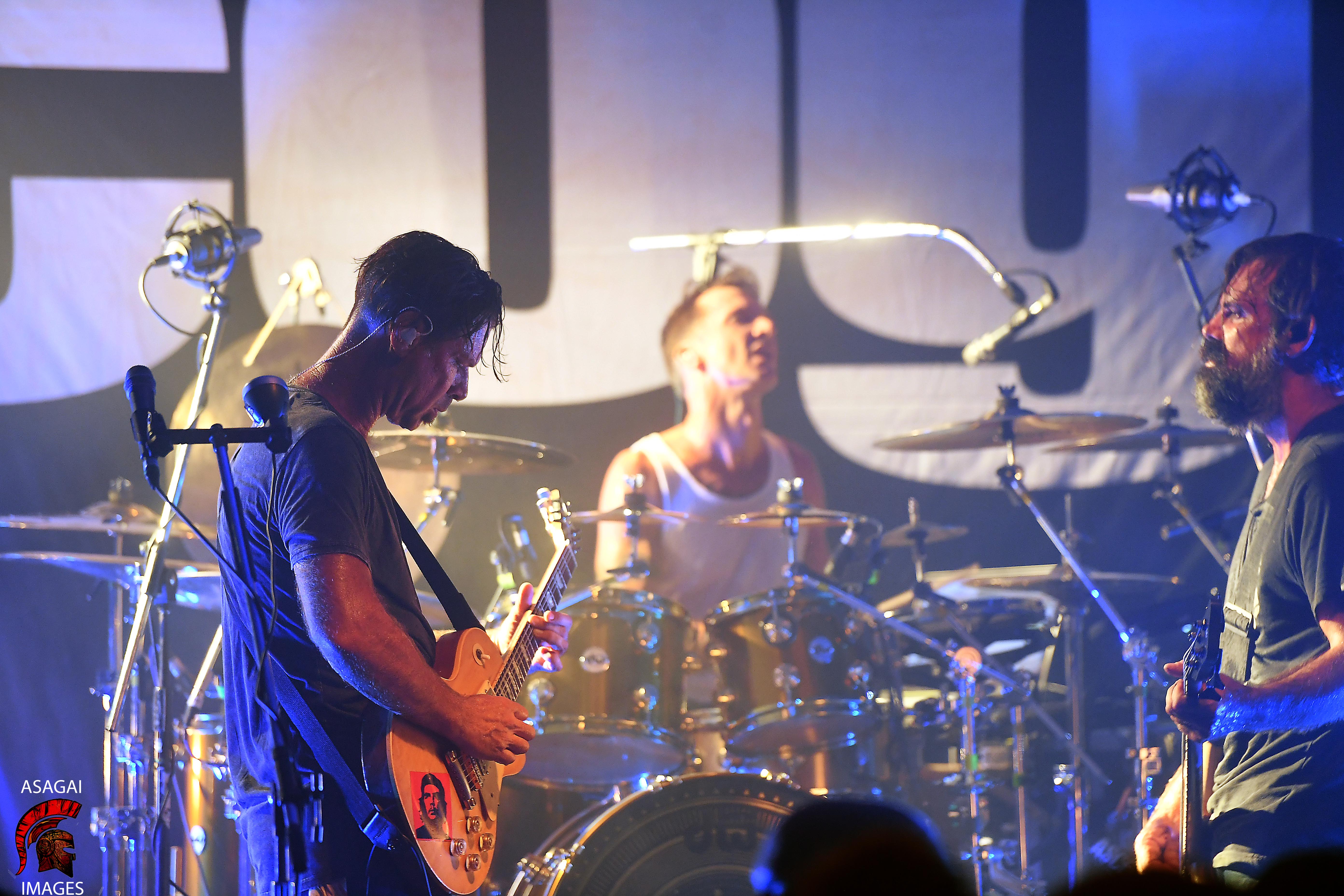 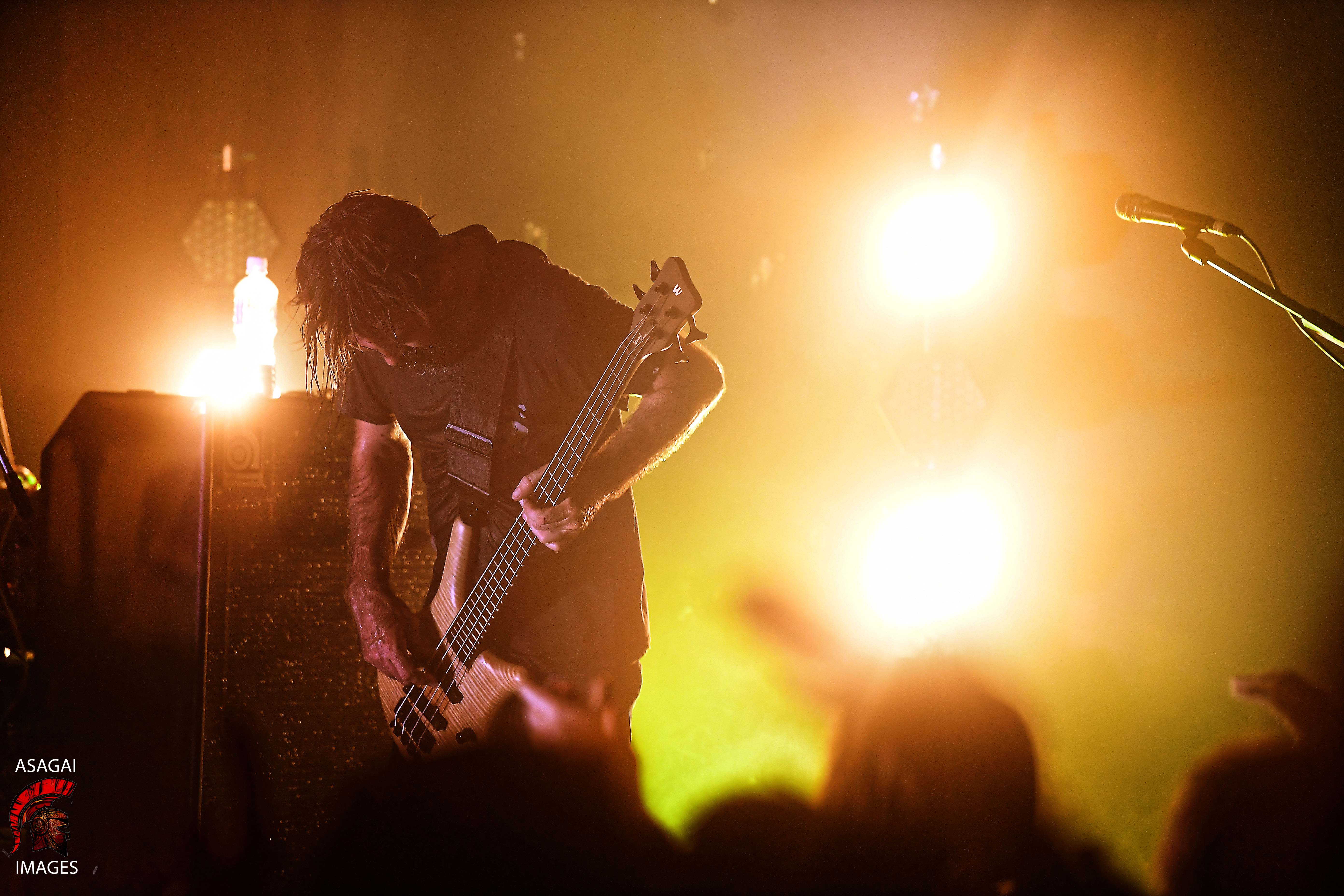