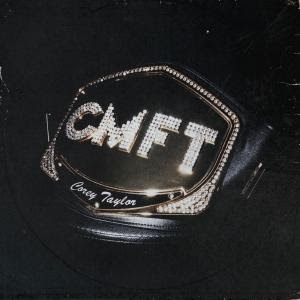 There is something freeing about getting to that stage in your career when you reach the point of absolutely zero fucks given.

Corey Taylor has always had that air about him but with his debut solo album CMFT has completely shed the shackles of expectation and released a collection of songs that refuse to cater for his larger than average fan base and flies in the face of every expectation ever placed on him as a performer.

The songs on the album pay homage to every musical psyche that has churned through the proverbial melting pot to create this enigmatic frontman, offering nods to everything from rock to pop to hard rock to country to blues to rap to acoustic. At times it almost feels like listening to Rick Astley on steroids and acid – and the strangest thing about that is that isn’t necessarily a bad thing.

Massive 80’s style guitar riffs overlap soaring harmonious interludes, all the while laced with an underlying pop sensibility that previously would have washed from Taylor’s musical image like water off a ducks back.

With CMFT Taylor follows no rules and blurs the lines of everything you thought you knew about him with one vitally important ingredient – he couldn’t give a fuck whether you like it or not.

You get the feeling Taylor wouldn’t care if no-one outside of his inner circle actually listened to CMFT. This album is solely about him and dare I say it is all the more better for it.

After listening to CMFT all the way through you can finally get a sense for the eclectic nature of each song released in the lead-up. They all differ vastly musically but over the four of them cover a wide enough spread of the songs contained on the album that nothing will shock you on first listen.

Aside from those songs (“HWY666”, “Black Eyes Blue”, “Culture Head” and “CMFT Must Be Stopped”), other album standouts are “Meine Lux”, a rollicking almost Billy Joel style number that descends into chaotic punk undertones blended with a rockabilly edge. The chorus is that catchy I was singing along from the first listen without even knowing the words!

“Everybody Dies On My Birthday”, despite the bleak title, is a rocking tune that gives the first album nod to Stone Sour musically with great guitar solos and that hard-edged metal undertone featuring throughout.

The highlight for me was album closer “European Tour Bus Bathroom Song”. A straight-up punk song about the obvious pitfalls of life on the road, it is the perfect way to wrap up an album that, while not expected musically, is certainly a bold declaration of independence from an artist who is at the top of his game.

Taylor doesn’t often get to stretch himself vocally on CMFT, with acoustic numbers “Silverfish”, “Kansas” and “Home” providing the only real opportunities for his vocal prowess to shine, but overall you can tell he is having fun.

Not that anything from his past catalogue has not managed to fuel the same fire but CMFT feels different from everything the man has done before.

Will CMFT be for everyone? Probably not.

Does Corey Taylor give a fuck? Definitely not.

PrevPrevious.LESS THAN JAKE Take The Goggles Off With New Album
Next.PHIL CAMPBELL Hangin’ With BastardsNext