One of the most exciting tours to hit Australia this year is the VB Hard Yards Tour. Sponsored by Victoria Bitter the Hard Yards Tour is designed to give young bands an opportunity to showcase their wears on a tour that takes in Melbourne, Sydney, Newcastle and Brisbane. On the tour this year is Alex Lahey, Waxx, Raave Tapes, Tired Lion, Claws & Organs, Paper Thin and Being Jane Lane.

To find out a little more about the tour HEAVY Mag decided to catch up with David Crowe from Melbourne post-punk three-piece Claws & Organs.

“They did a call out for bands to express their interest for the tour,” Crowe says when asked how Claws & Organs became involved with the tour. “We had just done some recording recently so we sent through a newish song and managed to make it into the Top Three and from there it was voted on and we ended up coming out as the winners. So very stoked on that. It is a four date tour up the east coast which is pretty exciting because we have done a few in the past but this is looking to be the biggest one so far.”

I ask Crowe whether there was any hesitation on the band entering a competition like this and he laughs. “To be honest we didn’t give it much thought. We were just like ‘oh well we might as well.. it can’t hurt to put it in.’ But yeah then when we got picked as one of the top three bands in the state it was kind of a no-brainer that we would push it and try and see if we could make something of it and it all turned out really well.”

Crowe says it was also pretty easy to pick which track they wanted to use to enter the competition. “It actually wasn’t that hard,” he says again laughing. “It was a pretty democratic decision… I think. The track we entered we thought was one of the most stand-out tracks that we had done, so we thought that was going to be our best chance and it all worked out for the best.”

You can learn more about Claws & Organs by listening to our full audio interview or you catch them on the VB Hard Yards Tour on any of the dates below. 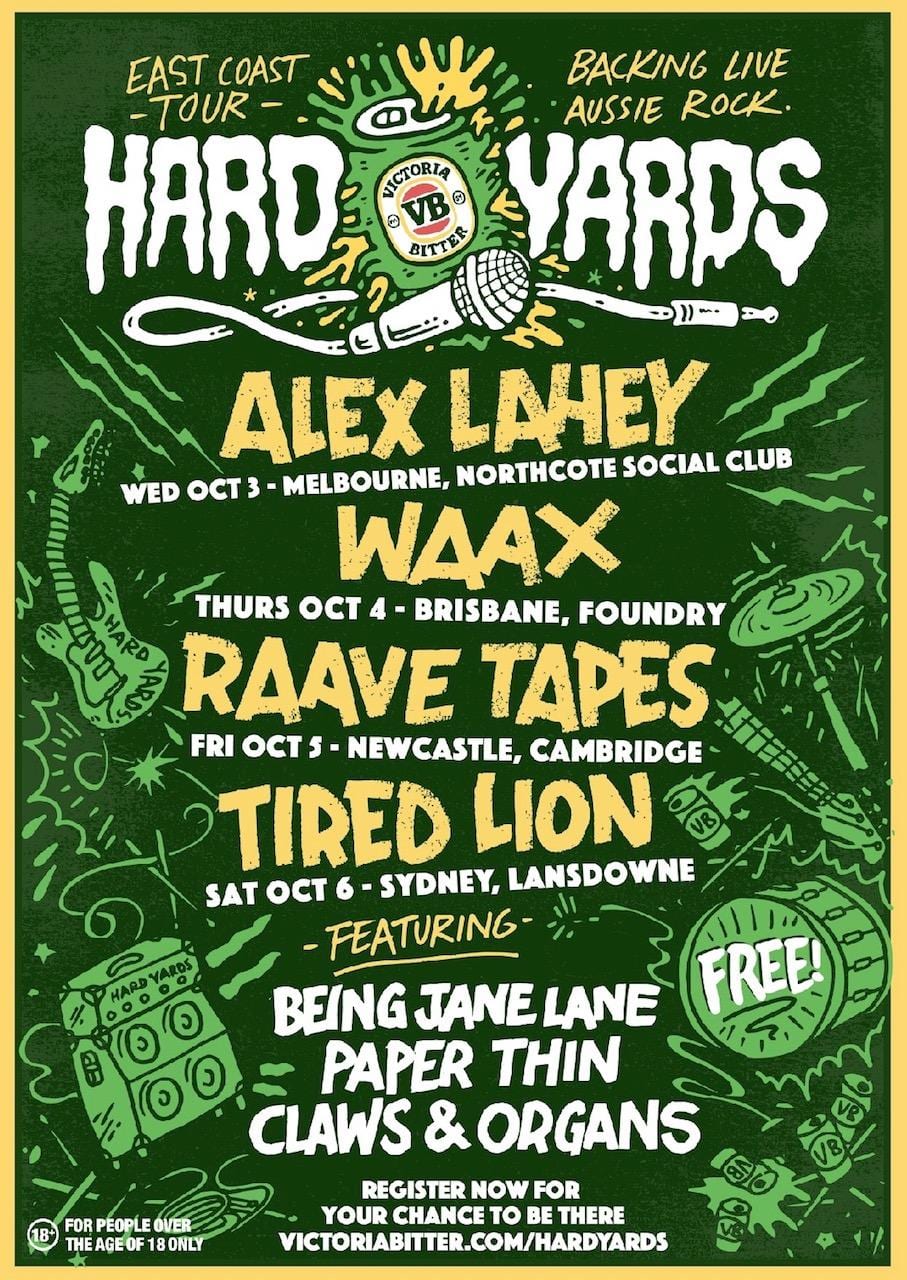