CIRCLES are about to kick off their European show dates with CALIGULA’S HORSE. The tour will commence at the ProgPower festival in Baarlo (NL) on the 7th of October, and sees the band performing in 14 more countries with the final curtain at The Lanes in Bristol (UK) on the 6th of November. A full list of confirmed shows can be found below. 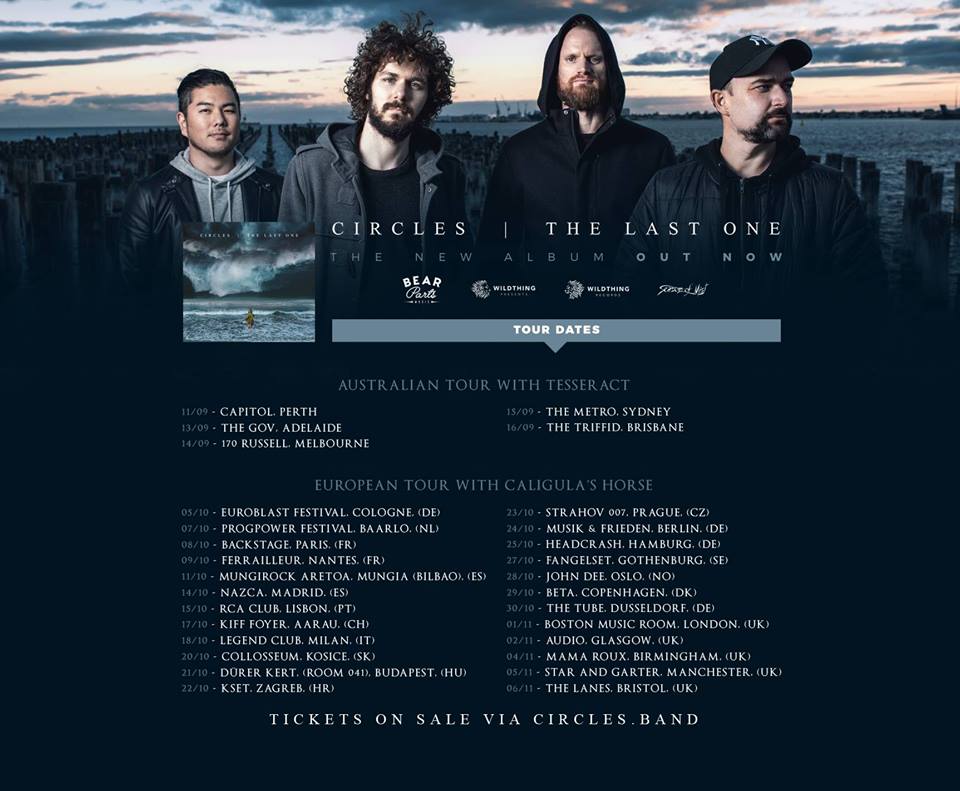 From the same fertile soil that has sprung some of the most ground-breaking acts in metal, rises the Australian progressive powerhouse CIRCLES. Combining djent influences with extreme metal, stadium-like riffs and soaring vocals, the band has always strived to expand their sound, placing them in a class of their own.

Formed in 2010 by Ted Furuhashi, David Hunter and Drew Patton, CIRCLES’ mission is to constantly break new ground and introduce fresh elements to heavy music and djent. As a result, the first two releases of the band, the EP ‘The Compass’ (2011) and the debut album ‘Infinitas’ (2013) are both undeniably catchy and heavy.

CIRCLES’ live performances have taken them to the stages of prestigious festivals and on tours alongside some of the world’s finest. Among them are the Euroblast Festival in Germany (2013) and Australia’s progressive music festival Progfest on two occasions (2012 and 2016). The four piece has toured Europe and Australia with renowned rock and metal acts such as THE DILLINGER ESCAPE PLAN, PERIPHERY, FEAR FACTORY, TWELVE FOOT NINJA and NE OBLIVISCARIS.

On the new record, named ‘The Last One’, the Australians once again deliver on the promise to seek the edges of what is common in their genre and leap over it. As soothing as some of the melodies and vocals on the new record may sound, the more unpredictable are the crushing riffs and grooves that follow. CIRCLES are the next step in the evolution in heavy music. Are you ready to take it?