Australian alternative progressive rock powerhouse Circles are the next step in the evolution of heavy music. This Melbourne-based outfit composes music with such world-class instrumentation, a passion that will lead to the emotional heartstring pull of the lyrics, precision and the sheer force of their output placing them in a league of their own.  Having made a name for themselves in the last few years not only in Australia but around the world, Circles is now all set to unleash their highly anticipated new album ‘The Last one’ worldwide on August 31st 2018 through Wild Thing Records (AUS) and Season of Mist (EU/USA). The album can be pre-ordered on CD Digipak, Vinyl and digital download here!

Today they release their brand new single “Breaker” into the world. The track is the second taste of the record after they released “Blueprints of a Great Escape” earlier in 2018 with the announcement of the label signings. Check out “Breaker” in the link below!

Guitarist Ted Furuhashi said “The Last One is definitely an album that we’re all proud of. For me personally, it’s the record I’ve always wanted to write. It came from a place of honesty and pure expression. After our first ever European tour with The Dillinger Escape Plan in 2013, I made a conscious decision to make music for myself and not write for expectation. Writing for “The Last One” started as soon as we got back from that tour and as you’d expect, we had songs that didn’t really sound like Circles at all, but we definitely didn’t want our back catalogue to define us or at least define what the next album will be, so we continued writing completely without boundaries. We’ve never been more solid as a group, both musically and personally, so to have an amazing team behind us in Season of Mist and Wild Thing Records, we’re finally feeling like we deserve to show the world who we really are and what we can offer.”

THE LAST ONE – TRACKLISTING
1. Winter
2. Breaker
3. The Messenger
4. Arrival
5. Tether
6. Resolution
7. Dream Sequence
8. Renegade
9. Blueprints for a Great Escape10. Alone With Ghosts
Catch Circles on tour this September supporting progressive titans Tesseract on their upcoming ‘Sonder Australian Tour’. The band will also be touring Europe this October/November in support of Caligula’s Horse along with I built the sky. 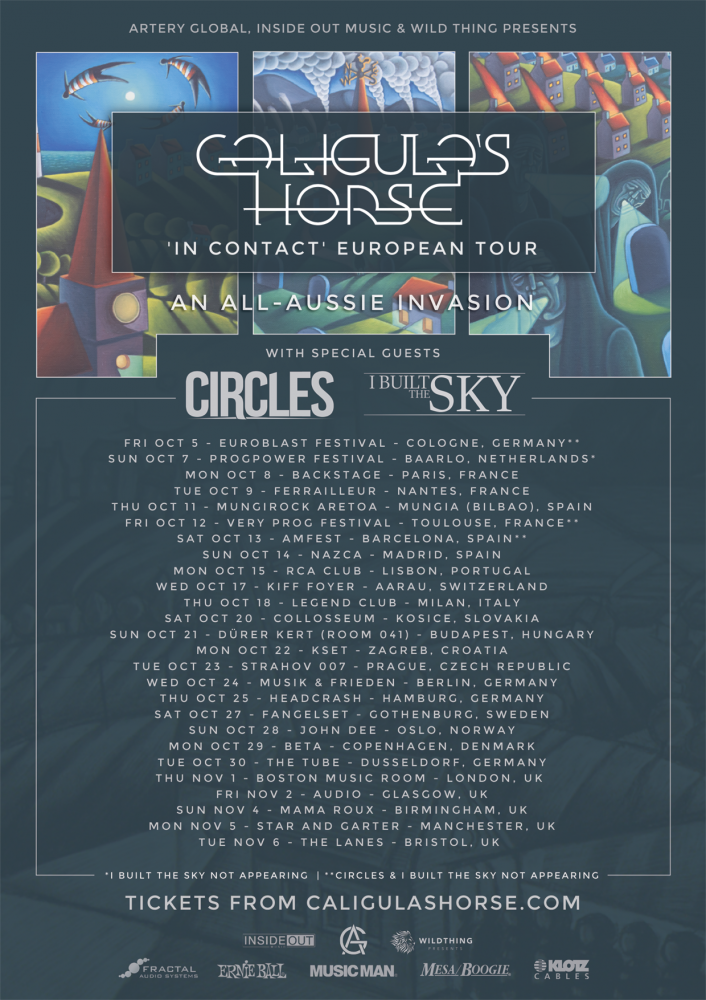