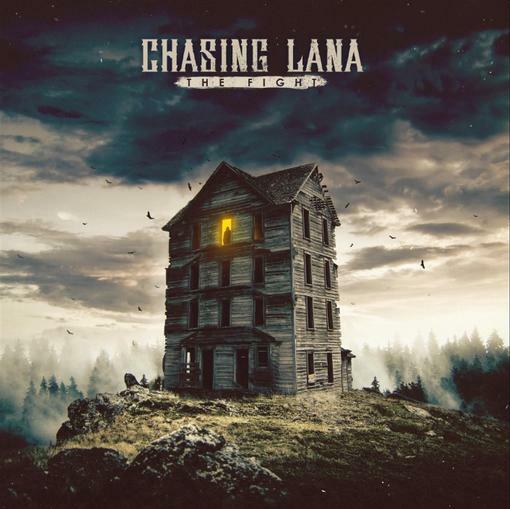 After setting the music world on fire with E.P Suffocate/Medicate in 2016,  Melbourne’s Chasing Lana have been building carefully to the release of their debut album The Fight.

In a musical climate that rewards familiarity too often, Chasing Lana sit somewhat in the outer extremities, their blending of melodious rock, hard rock, and heavy rock sometimes leaving them in musical limbo in respects to building a solid fan base.

The Fight should change this and quickly.

With an aim to make the album slightly more harder edged than the E.P, vocalist and main songwriter Dave Cutting openly admits he wanted The Fight to be slightly heavier in terms of guitar tones and vocals and has achieved this aim on both fronts.

Opening with ‘House Of Pain’ the impact is immediate and intense. Featuring heavy breakdowns, ripping solos and an infectiously heavy beat Chasing Lana make a statement from the outset that this is no pleasure cruise. It is a hard rock album that stands on its own sound and merits and stamps the bands musical authority on the new generation of heaviness that Cutting desired.

‘Let The Demons Out’ continues in this vein with melodic interludes infused with chuggy riffs and tougher sounding vocals further fuelling The Fight’s early momentum.

‘Drama Queen’ – a song which could have been handled in a multitude of ways – is an infectiously ripping tune about experiences I’m sure all of us have at some stage dealt with, and the almost non-judgemental way the song comes across speaks volumes for the songwriting prowess of Cutting.

Most of the songs feel personal to the point of cleansing, with ‘Save Me’ and ‘My Agony’ seeing Cutting vent his misgivings without laying blame, the added heaviness inherent in the music adding depth and vulnerability at the same time.

The Fight musically seems like just that, starting at a frenetic pace before pulling back to regain stamina and finishing with a flurry in the form of the title track that leaves no doubt to the band’s intentions.
Some fights are worth having, and as a debut album goes, this one definitely leaves you salivating for round two.