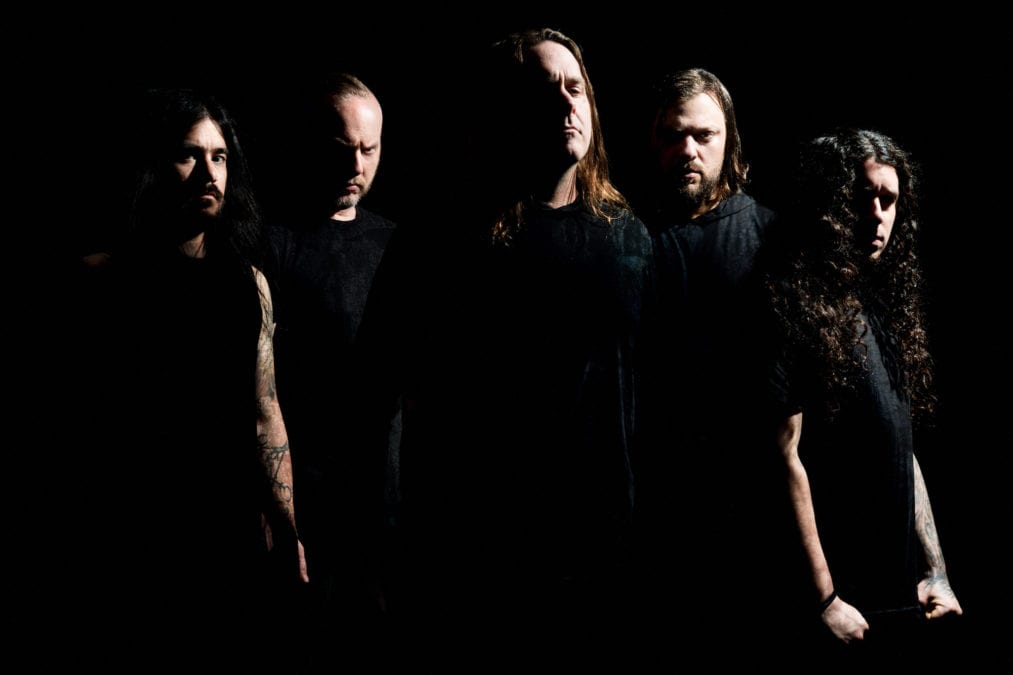 “For this one, we sat there in a fucking recording studio for two months recording and it was a big epic thing and I personally can’t be prouder of it! It’s my favourite thing we’ve done but far” – Travis Ryan

2019 saw the release of Cattle Decapitation’s eighth full-length album known as Death Atlas which was easily my number one album of last year. This was based on the overall shift in purpose and songwriting between Monolith Of Inhumanity (2012) colliding with The Anthropocene Extinction (2015) and then smashing into Death Atlas.

The addition of Olivier Pinard on Bass (Cryptopsy) and Belisario Dimuzio on guitars (Eukaryst) accompanying Josh (Elmore – Guitars), Dave (McGraw – Drums) and Travis Ryan (Vocals) the Cattle Decapitation collective, it sounded, was taken to a whole new height in every aspect of the bands dynamic and structure which clearly allowed both growth and more freedom to experiment and create. But according to vocalist Travis Ryan who spoke to Metal V from HEAVY Magazine, this was not the case as Ryan explains, “We brought Oli in late in the game into the writing, he also had some things going on with Cryptopsy plus we had so much fucking touring in hindsight that we probably shouldn’t have done we probably should’ve just sat and concentrated on writing the record. I mean we had to go to Australia and New Zealand (2018 tour with Psycroptic) and that was actually the week we started writing but we obviously weren’t gonna miss out on that (tour). We went to Japan which was our first time and we did one or two good U.S tours in there when really we should of been taking time off to write this god damn record, but, miraculously we made it happen!”

“The writing for this one (Death Atlas) was Josh, Dave and Bel, these songs and (also) for Monolith and Anthro as well, the three songwriters being guitars, drums and bass player, it’s three people working symbiotically! There’s no one person who’s stuff sticks out the most. It’s very much a group effort. Then I come in with lyrics that eventually change where certain riffs are gonna sit or how certain parts are gonna go, how long they go so it’s very much a group effort.”

Travis continues by adding, “the bigger we get, the farther we go along, the more expansive our material gets, the harder it is to make these records. So for this one, we sat there in a fucking recording studio for two months recording and it was a big epic thing and I personally can’t be prouder of it! It’s my favourite thing we’ve done but far. But it also touches the point of my favourite kind of music, very is depressing stuff. Sombre material, slower material but there’s also plenty of fucking heaviness and obviously of course what I feel is our trademark extremity or intensity through a lot of the blasting sections. This (Death Atlas) is much more up my alley personally and I hope to be able to play these songs and tour on this record for as long as possible!”

In early press comments Travis mentioned that the last twenty minutes of music on Death Atlas was some of his favourite material that Cattle Decapitation has recorded but as a dichotomy of sorts, also the most depressing stuff that they have done, Ryan elaborates, “the combination of “Time’s Cruel Curtain” into that intro then into “Death Atlas” really encapsulates what I personally think is the feeling that I wanted people to walk away from this record with. It’s meant to be a downer! I feel like we accomplished what we set out to do.”

“We wrote a record that’s meant to be listened to front to back, it’s not a concept record like King Diamond…it doesn’t tell this big story. It is just meant to be listened to AND meditated upon. And that’s not necessarily something found in extreme music…I wanted people to walk away from it feeling like they went on a journey and I think we really did that in spades.” Like a proud first time father, Travis beams that…”This is the closest to perfect album layout that we have ever been able to accomplish!”

Also during our chat Travis gives us in-depth insight into his instantly recognisable singing voice and how he has developed his vocal style progressing from what he describes as a boredom of alternate bear and the snake style of vocal delivery by so many other “dime-a-dozen” extreme bands and his desire to expand his vocal delivery and of course so MUCH more.

Listen to the podcast to get up close and personal with Travis Ryan and everything Cattle. To end our interview with Travis I asked if there was anything he would like to add or finish off our interview and indulge some scoop to do with Cattle Decapitation‘s imminent Australian tour with to which he responds by going into in-depth detail on some incredible news regarding fundraisers for the Cobargo Wildlife Sanctuary in N.S.W. that was totally decimated during our recent bushfire carnage here in Oz. Which amongst other things there will also be a limited edition Cattle Decapitation t-shirt available with 100% of proceeds given to Cobargo Wildlife Sanctuary. Click on the links below to see how you can amplify the multiple Cattle Decapitation fundraising efforts and make sure you go and see them at one of their upcoming gigs.

Get your V.I.P. meet and greet ticket upgrades here 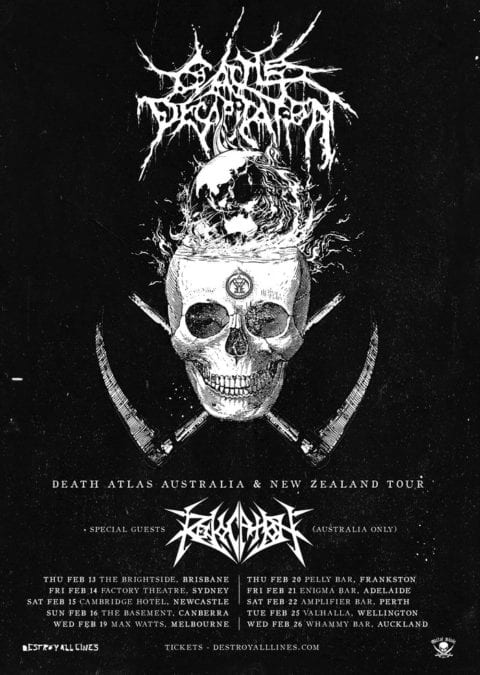