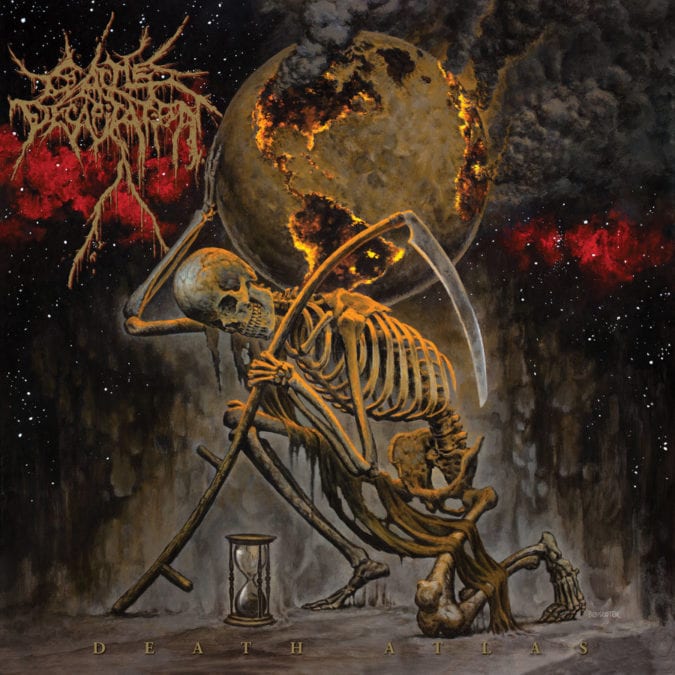 Captivating, confronting, engaging and excruciating but most of all honestly-extreme. Exactly as it should be! This is a brief introduction of feelings and emotions that gripped me intensely the first time, plus all ensuing times, I have listened to Cattle Decapitation’s 2019 masterpiece and easily my album of the year so far, Death Atlas.

Absolutely never a band to shy away from confronting their audience, it has always been Cattle Decapitation’s intent to be unrelenting and unrepentant in their extreme metal mastery. They have never made apologies within their bleak yet truthful message over the course of their past two albums, Monolith Of Inhumanity [2012] and The Anthropocene Extinction [2015] of the plight of the world and our destructive patterns and habits as a pathetic human plague destined for extinction. 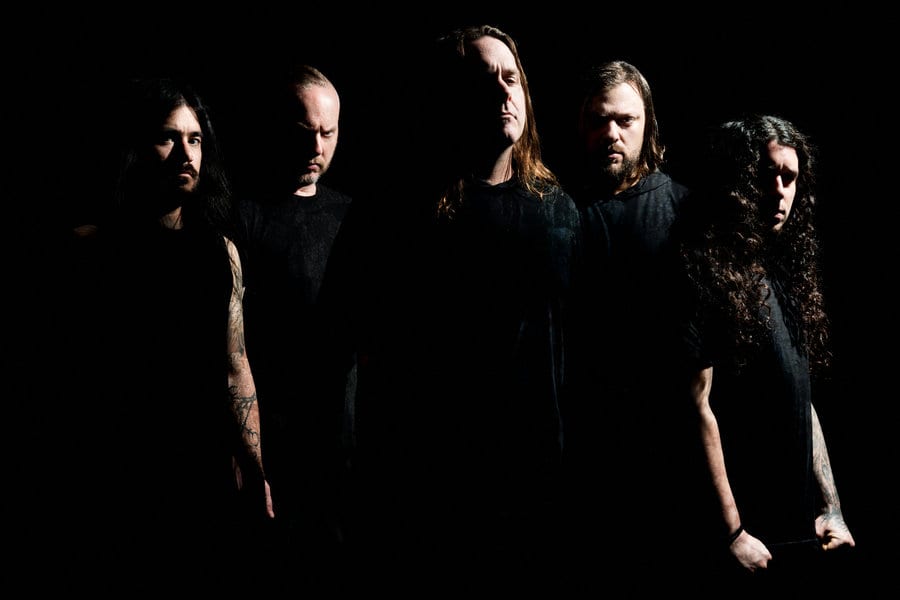 Death Atlas opens with the prologue “Anthropogenic- End Transmission”. A monologue draped by a soundscape of desolation. A fog of despair lures us into the foreshadowing world of Death Atlas as seen through the lens of Cattle Decapitation…And then the magnificently catastrophic “The Geocide” drops like a nuclear bomb on the senses, clearly setting the bleak scene yet malevolent pace at which Cattle Decap wish to, as a means of sonic visualisation, deliver their uplifting message of human extinction. “The Geocide” is the perfect opener to slate the thirst of Cattle Decapitation fans and a deathly sigh of relief shall emanate from your parched throats as you are decimated with familiar territory.

“Be Still Our Bleeding Hearts” is a pummeling fuck machine of emotion! Clearly, at the beginning of the track, there is nothing but hatred, yet early on there is an ebb and flow of musical brilliance and dichotomy within the band that sees them battling one another to cohesively bind each other forming a perfect incoherent tragedy. So the song is aptly titled “Be Still Our Bleeding Hearts”. A third of the way in, the chorus kicks in and here we hear vocalist Travis Ryan’s first stunning attempt at clean extreme vocal clarity with decipherable lyrics to paint a picture of what is presented before us.

The addition of a second guitarist in Belisario Dimuzio, complimenting Josh Elmore, adds a newfound songwriting element expanding the ability of more pronounced and accentuated razor slicing clarity and lead breaks rarely touched on previous Cattle outings. The songs are harsher and thicker (courtesy of new bass player Olivier Pinard) in dimension and scope which, thanks to the incredible production capabilities of long-time Cattle producer Dave Otero who has managed to produce one of the best death metal albums for this decade.

“Vulturous” rumbles in like an imminent, destructive tsunami. Slow and full of groove it pulses with murky intent before the arrival of a wall of noise and armageddon is erected to sandblast our ears with scathing hate. The groove that follows the previous moments is nothing short of incredible.  “Vulturous” is a song in chapters that engulfs the listeners in many emotions that is hard to honestly decipher at such an early point within the album. Following is the brief intermission of catastrophic memories of Death Atlas so far, “The Great Dying”, is a dialogue of themes we’ve already heard and are without question not done with yet. The female reader is un-subtly framed by thick choking sounds swirling around her as she warns of more unrelenting chaos to follow. Which bleeds into the first glimpse we got of Death Atlas nearly three months ago – “One Day Closer To The End Of The World”. Classic Cattle Decap! A galloping tirade of brilliant malevolence. Whilst there seems to be nothing but enormous tragedy as the main protagonist of Death Atlas, this album is Ryan’s first where he truly utilises his singing talent for the first time. And it seems as though he finds it as a means to promise albeit fruitless. You can truly get a firm grip on why Travis is without question one of the best, most gifted and diverse metal vocalists on the planet. His voice paints a myriad of pictures and emotions it is so easy to get lost in the images depicted and visualised thanks to his medium of choice.

Out of “One Day Closer To The End Of The World” into our second unearthing of what you’ll hear on Death Atlas was “Bring Back The Plague”. Summoning the rage and clarity before us, this track embodies the album title’s true nature. No mincing words or apologies for lack of discretion. This track epitomises all that Cattle Decapitation are! Intelligent, thought-provoking and unapologetic!

An album full of idealistic hope – Negative optimism or nihilistic positivity, Death Atlas runs through a universe of unachievable hope via tales of our race’s unrepentant and destructive tendencies upon our planet and own lives regardless of our best-laid plans to right the wrongs we have willingly adopted as a standard method of self-imposed annihilation. As Travis Ryan has stated recently on his thoughts of Death Atlas, we need to look no further than the last twenty minutes of the album to hear their best yet bleakest work. I’ve given you enough detail as to how undeniably and simply perfect Death Atlas is. Your task is to now delve into its extreme brilliance and emerge on the other side forewarned and well equipped to make a difference.

Simply, if the five members of Cattle Decapitation were the last men living on this planet, it will be because they exemplify and harnessed the will through every extremity the world inflicts upon itself and they were chosen to write the soundtrack and script to the demise of the population they graciously loved but we’re forced to mourn due to complacency and self disregard!

Whilst Monolith of Inhumanity and The Anthropocene extinction were both incredible feats of extreme metal leading Cattle Decapitation up to this point, it is undoubtedly obvious underneath all their foreboding and tragic notions contained therein were precursors to what is heard within Death Atlas. Make no mistake that as we metal fans near the end of this decade and closer to our end, Death Atlas is a superbly crafted, perfect album delivered by Travis, Josh, David, Belisario and Olivier which will for many years to come to be Cattle Decapitation’s shining light disguised as a tragic legacy.

Death Atlas, courtesy of Metal Blade is out on Black Friday – November 29th and can be pre-ordered here 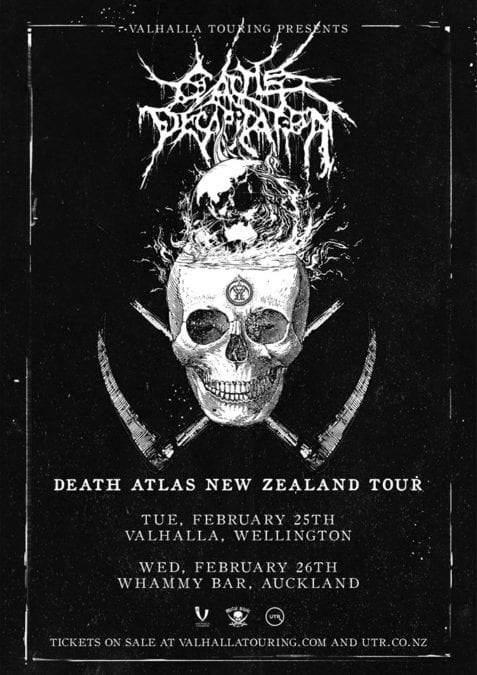