A Catch Up with TAX THE HEAT 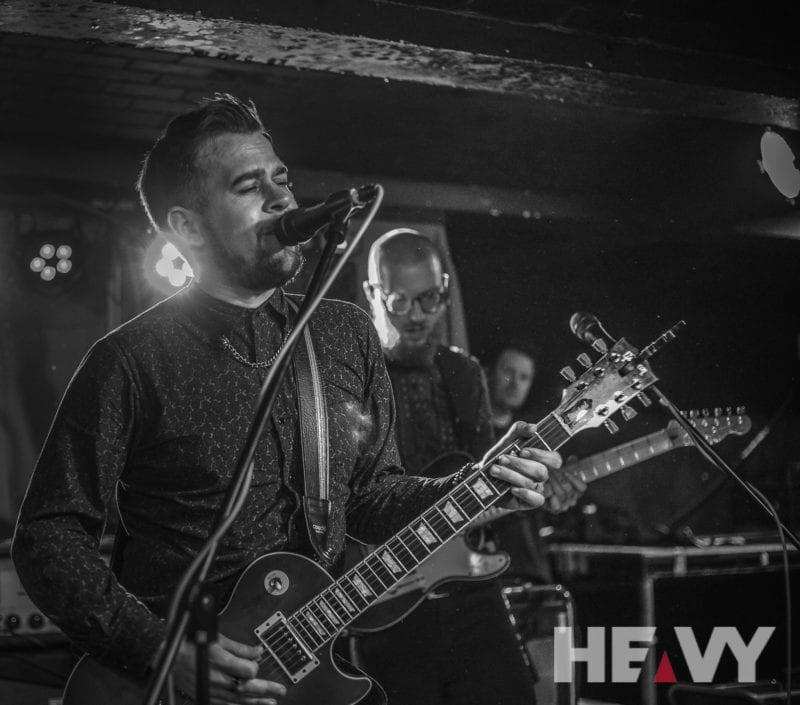 Bristol-based rockers Tax The Heat are currently in the middle of a UK tour in support of their second full album Change Your Position, which was released on 9th March. This is a follow up to their debut release Fed to the Lions from 2016 and so how would the band describe the differences between the two releases? Lead vocalist and guitarist Alex Veales explained, “With the first album you have got so long to write the album and you are picking the best songs from over such a long period of time, so it is inevitably quite varied but with the second album we said we did not want to take leftovers from the first one and carry them over, it had to be the best that it could be.”

The recording process for the new album lasted about nine months and Alex feels that the pressure of that short time frame was a benefit to the band and the album. “We became even more original and found ourselves a little bit, we were thinking about moving forward and what we want to do next and just let it happen and it [the new album] has got more of an original feel to me.” This is certainly evident when listening to the new record in comparison to their debut release and so have the influences on the band changed in that period?

“There was definitely points where we were constantly discovering new music and that’s going to have an impact on what you are doing as well” stated Alex, “And the year in which we were writing both David Bowie and Prince died and I’ve always loved those guys but it just seemed a bit more poignant to rediscover some of their music and it kind of had a different feel when you listen to it and you know they’ve passed away, so we dug into new and older influences as well.” In the end, the band ended up with a 12 track album with only a couple of ideas that didn’t make the cut, so they were very happy with the creative and recording process. With influences like Bowie and Prince, Alex discussed the thought process behind the band’s name. “We had to put a name down to submit the demos under, and we wanted something from the 60’s and high energy, there is a line from The Beatles song “Taxman” that says, ‘tax the heat’ and Jack (drummer) had this name written down and it just seemed to fit.”

Part of Tax The Heat’s reputation has been built on their live performances and so with the band now having a strong number of shows under their belt, does Alex think that this tour feels any different from those that came before? “It’s just been a little bit bigger each time we do it, a few more people know about the band and we just try to build on what we do.’’ Alex continued, “you just feel a bit more comfortable with it as well, you’ve done it the first time around, you know what it is you are doing and you just kind of enjoy it a bit more I think. It’s just a bit of a ride really playing in a band!” This sense of not taking things too seriously really comes across when watching Tax The Heat live and they are clearly a band that are enjoying what they do.

As already mentioned Tax The Heat are currently on tour in support of the new album with the final show of the current UK run scheduled for 30th April, so what have the band got planned for the rest of the year? “We just want to get back out on the road really and try and do some more support stuff (the band have previously supported the Black Star Riders), try and get back into Europe and try and do a few festivals if we can, although the busy festival run is likely to be next year with perhaps another tour to follow later this year.” And what about looking even further ahead, do the band have a long-term vision? ‘Not really”, as Alex explained, “we just kind of go with what’s right at the time and try and make it as good as it can possibly be.” It’s fair to say that it’s a strategy that has paid off for the band so far and their determined but laid-back approach is certain to continue to take Tax The Heat onto bigger and better things.

Have a read of our review of TAX THE HEAT in Birmingham, UK