If there is one all consuming and demanding entity that has remained, pure, unrelenting, unapologetic lecturers in the world and doctrine of Death Metal it is Cannibal Corpse.

For thirty artery severing, hammer to the face, knife to the genital delivering years Florida’s Godfathers of gore have been delivering platter upon bloody platter of brutal brilliance. Cannibal Corpse have without question continually stepped up to the plate every few years to carve us a new one. I mention this old adage often when it comes to forefathers of many of our beloved genre’s and that is..’Don’t try to fix what isn’t broken!’. And that is exactly what Cannibal Corpse have done throughout their illustrious career. 2017 is in no way any exception with their incredible ‘Red Before Black’. They are all about being as confronting and brutally belligerent as their album covers, song titles and lyrical content. You are going to interpret exactly as Cannibal Corpse deliver it. Perfectly, without compromise, fear or apologies.

As lovers of the genre it’s a given we’re familiar the mighty Corpse. And here is where I must insist that if you are new to the Cannibal Corpse family or haven’t visited them in a while, the 2017 incarnation of CC is well worth parting ways with your lefty without question.

Red Before Black isn’t so much a return to form as many other old schoolers may have you believe or teasing you with a tiny snippet of mediocrity. No dear readers! This is pure death metal perfection from where it began and brought into our 2017 realm. All that is bloodstained here is gold my brutal brethren. Cannibal Corpse continually push themselves as artistically as they can whilst keeping a certain aura of purity with each new release. Recasting the mould so to speak.

The lineup has remained unchanged for the past twelve years, so the cohesion is clearly as solid as you would expect the band songs to be crafted and recorded perfectly as their scalpelled career. Pat and Rob on guitars are just sensational. Razor wire splicingly perfect, Mazurkiewicz drumming is faultless and we must surely all now be familiar with the mind bogglingly magnificence that is Alex Websters Bass playing virtuosity, as pummeling as is the voice of George ‘Corpsegrinder’ Fisher (otherwise known as Nathan Explosion). It must be insanely difficult to keep the gore relevant and blood flowing as beautifully as Cannibal Corpse do with so many years behind them. But as harsh and unstoppable as the notion of death is, so are Cannibal Corpse in their continual insistence to give us rabid fans more of the same.

Stand out tracks for me are the title track ‘Red Before Black’, ‘Heads Shoveled Off’, and ‘Shedding My Human Skin’, all three being textbook death metal and typically Cannibal Corpse at the top of their game.

There no need to sugar coat or over review and tart up anything by the mighty Corpse. We know what we’re getting and we thank them for it. 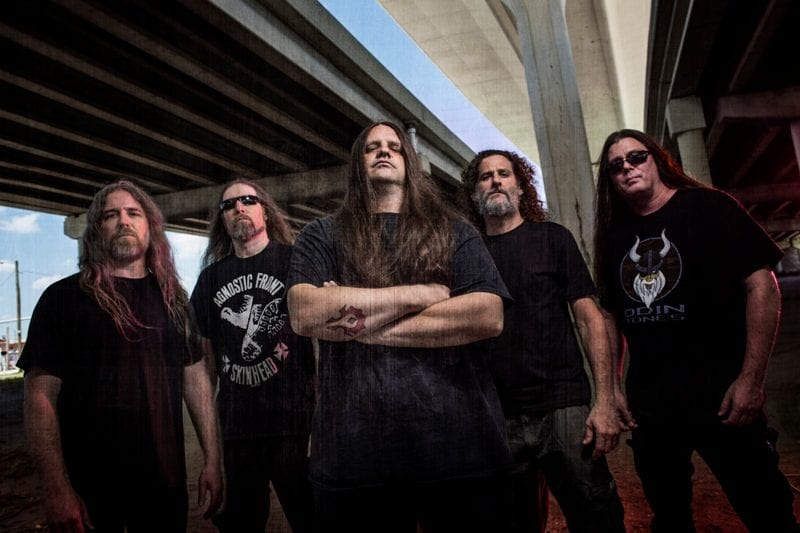 PrevPrevious.Film Review: Jigsaw
Next.PENNYWISE and The Bronx at Enmore Theatre, Sydney on 29/10/17Next