CALIGULA’S HORSE Rise Above And Beyond Radiance 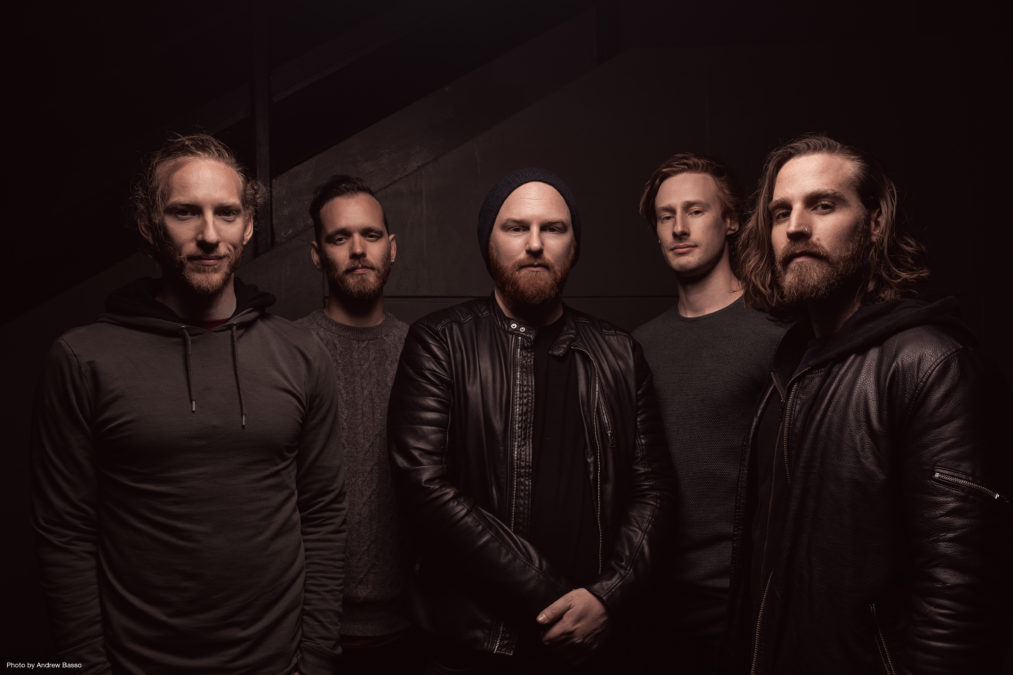 For over a decade now Caligula’s Horse have been creating exceptional, beautiful and meaningful progressive [Prog] heavy music. Album after album redefining their sound and forcing themselves to be something more. Caligula’s Horse are not just another band rewriting the same old tired album resting upon some laurel bestowed upon them by reviews accompanying each release. Yet they adhere to a familiar formula only inasmuch as that any listener can immediately recognise their distinctive sound.

The obligatory 2020 first question is how he has been spending his time in isolation, “By going gradually insane! I feel like that is the only way to get around it right now… Actually, I lie, it wasn’t gradual at all, from day one it was a steep descent into madness ‘cos I need heaps of people around me. I’m used to being really social… and I suffer without it so the idea of being trapped in my house and not knowing when I was going to be released from my house was a bit of a spooky one for me.”

Having listened to every Caligula’s Horse album in-depth and on repeat, I am very familiar with the band. On the first several spins of Rise Radiant and admitting to Gray that the auditory experience of Rise Radiant’s initial soul grab was not as immediate. It takes several listens to get a grasp the inner meaning and finely written construct. Bringing this up with Gray he states, “It’s kind of funny ‘cos I’ve seen a number of comments on the album, reviews, even discussing the album with interviews, their thoughts on the album and I’ve heard hilariously two opposing points of view on whether it sounds exactly like Caligula’s Horse or nothing like Caligula’s Horse. So I feel like it’s somewhere between the two of those. We do put a lot of thought into the sequencing of the album and the need for some ebb and flow. You wouldn’t want to put all of the singles into that first half of the album and get your ass kicked for the first twenty or thirty minutes and then there’s something else. We really felt, for example, ‘Salt’ is extremely emotionally loaded and it’s quite big and expansive at the end and I feel like you almost need a little massage after that and that’s where ‘Resonate’ comes in. But it is definitely nested in our sound and in what Sam [Vallen – lead guitar] and I come up with when we come together. It is another deliberate step that we have taken with this one (Rise Radiant as a whole).

With that “deliberate step” point made on their creative process, Gray elaborates further, “At the very beginning of the album process, I know we discussed something similar to this the last time we chatted on In Contact (2017). We definitely want to take a step away from what we have just done. We don’t want to repeat ourselves! At the beginning of the process, the big decision we made was that it wasn’t going to be a concept album. You know In Contact being what it was, big huge concept album, lots of different chapters, lots of different characters. with Rise Radiant we set that aside and said: ‘what’s the big difference for this one?'”

“I think what we came to was that we wanted it to be direct. We wanted the songs to have their own discreet voice whether there is a message or a sound contained within those and we wanted that voice to speak directly through us to the listener. There’s no concept that gets in the way of that. There’s no story that interferes with the meaning that I want to impart into the song because a lot of these (songs) have messages that I personally need to hear! Things of support and finding strength in yourself and all of these things that are nestled inside the songs on this album.”

In summation Gray concludes by saying, “I think that’s the big point of difference, we went for this very direct approach and challenged ourselves to be really emotionally raw and honest with it.”

As Gray has skirted around the grand scheme of Rise Radiant as a whole Metal V asked him to break it down further by bringing to his focus to as a performer he has an incredible innate ability to reach out to his audience holding them in the palm of his hand a true live storyteller he is. But, is there indeed a grand design into the theme and lyrics to this album regarding his reference of support and love? “Rise Radiant is full of little tidbits of our experiences over the last few years. ‘Salt’ I think is a big one in that it’s about surviving depression, it’s about surviving being suicidal, it’s about experiences that I have had and trying to put them into the context of…to translate into a way that people who haven’t felt that ideation in a way that they might understand… Instead of prising my own little ‘sad boy’ emotions, I wanted to emphasise the escape from that, the light at the end of the tunnel to use a cliche.”

To understand Gray’s passionate breakdown of his “emotional nudity” and the true integral bond that Caligula’s Horse have with their fans listen to the full audio version of the interview.