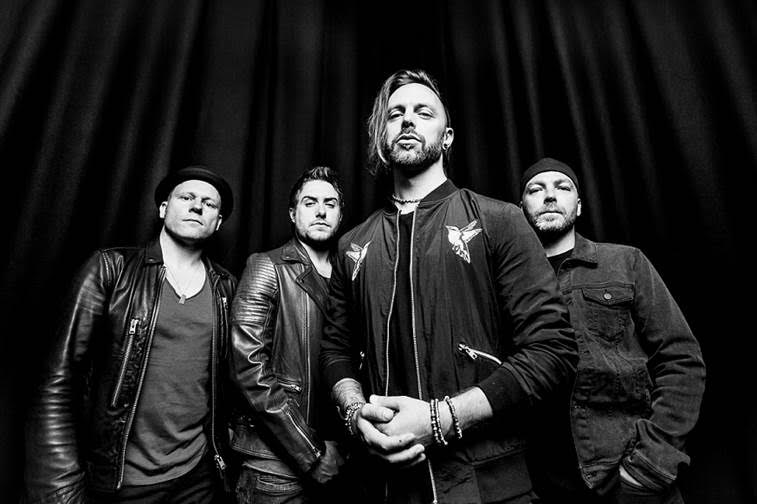 BULLET FOR MY VALENTINE have released a live video for ‘Piece Of Me’, a track from their current studio album, Gravity, issued via Search and Destroy / Spinefarm Records in June of last year.

Filmed during the band’s sold-out headline performance at Alexandra Palace, London (November 10th 2018), with SHVPES, Nothing More and Of Mice & Men appearing in support, the show saw BFMV unveiling a stunning contemporary stage-set incorporating a giant wall of lights.

Matt Tuck Says, “We’re so happy to show you all our brand new live montage video for Piece of Me. It was filmed at our Ally Pally show last November in front of 8 thousand very energetic people. We had the night of our lives and as you can see from the video the place went off!! We also recorded the entire show in 360° VR!! A night to remember. Enjoy!”

Gravity is BFMV’s first album under the Search and Destroy/ Spinefarm Records banner, and aptly sees the band rewriting their own future – finding new ways to invent heavy noise and remaining unshackled by the legacy that comes with being masters of their trade.