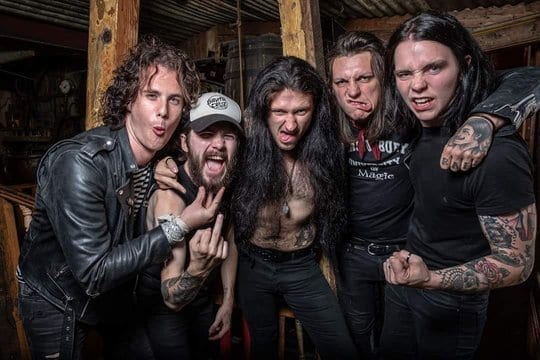 Ahead of their forthcoming album Power Crazy, British hard rock five-piece THE TREATMENT have released a brand new video “Hang Them High”.
Power Crazy is the band’s fourth full-length album and will be release on 22nd March, via Frontiers Music. The record continues with the successful formula of coupling sonic power with a taste for infectious riffs. Power Crazy is also THE TREATMENT’s first album to feature new singer Tom Rampton. With his raspy voice reminiscent of the classic Bon Scott tone, you can rest assured he knows how to ride high on the guitar attack from guitarists Tao and Tagore Grey.