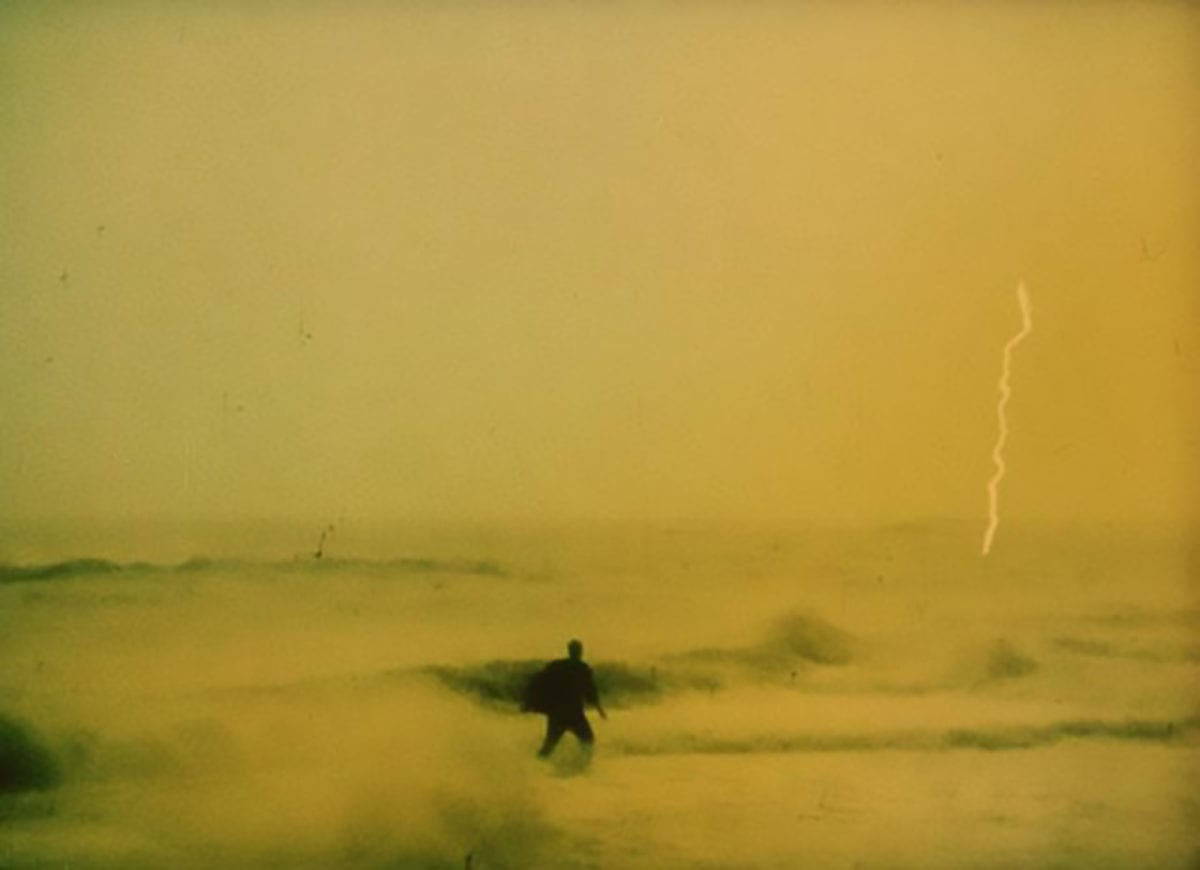 Fremantle’s Bolt Gun have released a  new video in support of their upcoming album, ‘Man Is Wolf To Man’, a sonic, cinematic epic depicting the horror of Stalinist Russia, and drawing from post-rock, ambience and doom.

Like a Pink Floyd epic unfolding in some kind of nightmare dimension, Bolt Gun take listeners across the decimated countryside, through villages thinned through famine, through cities choking with fear, and finally deep into the gulags where millions of lives were lost to cruelty and ideology.

It is a vision of almost transcendent horror, but to their credit, Bolt Gun walk this territory with considerable subtlety – their work is not an explosion of aural violence, but rather a meditative, multi-faceted, and slowly unfolding journey, which utilises elements of 1970s progressive and psychedelic music, fused with aspects of black metal, post-rock, ambience and drone.

Drifting through the wreckage we can hear influence from groups like Swans, Bohren Und Der Club Of Gore, Einstuerzende Neubauten, The Necks, Mogwai, Khanate and Corrupted.

The album opens with the post-apocalyptic drone of a damaged synth, which slowly builds into a guitar coda that might be found on some forgotten, early King Crimson record. The tension builds until finally, after fifteen minutes, we are dropped into a pit of despair. Agonised screams cry out from the void, while a piano cruelly plays a beautiful melody, and layers of textural noise wash over a deep, bass-y drone.

This is misery of an oceanic nature; almost overwhelming. Where it not for the compositional talents of the group, it could easily be unbearable. As it stands, this is an impressive artistic achievement.

The group hail from Fremantle, a port town of 25,000 on Australia’s west coast. During their creative process, music is written to an accompanying film. For this album, Bolt Gun drew influence from Konstantin Lopushansky “A Museum Visitor”, as well as works by Tarkovsky and Kieslowski. For this reason, the album is best accompanied by imagery from these films.

‘Man Is Wolf To Man’ is out 14 November on Art As Catharsis.