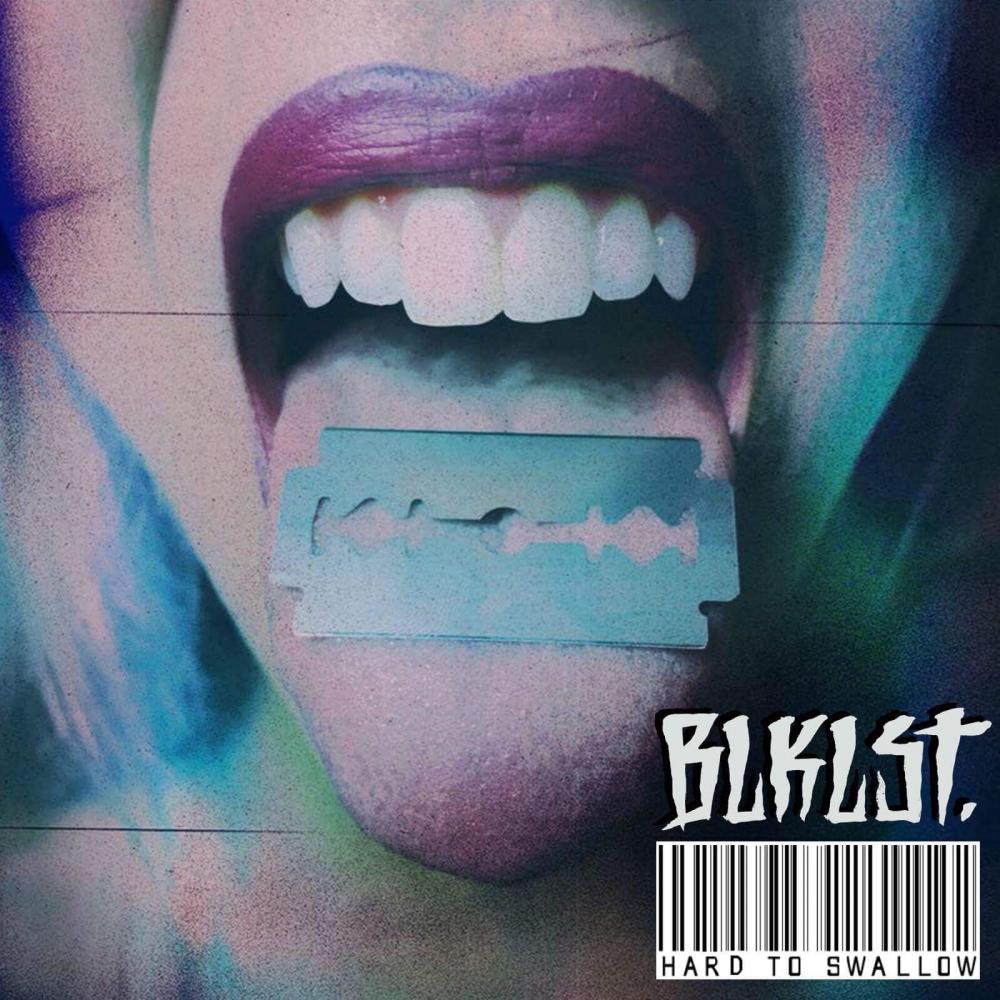 Melbourne Hardcore /Nu-metal five piece BLKLST are back with their second EP Hard to Swallow. Still considered fairly new to the scene forming 2015 BLKLST have wasted no time in delivering solid amounts of brutally heavy content for their rapidly growing fan base. With supports with the likes of Make Them Suffer, Deez Nuts and Boris the Blade (to name a few) under their belts BLKLST are set to keep pushing their way to the front of the heavy music world! Produced and engineered (additional engineering by Sonny Truelove) by Evan Lee at STL Studios and mixed and mastered by Evan Lee and Ash Daws at The Loud Noise Estate Hard to Swallow packs a mighty punch sonically.

Kicking off with atmospheric dual guitars (James Gracie and Evan Lee – Guitars) and a pounding rhythmic intro (James McClurg – Bass & Drue Herring – Drums) opener “Psycho” soon builds into a down tuned storm of sound. From the get go the vocals (Joshua Westwick – Vocals) are filled with honest amounts of anguish and torment with lyrics “You make me sick” it’s clear the hurt is real and it shines through. The palm muted riff in the mid-section on this track is a real stand out!

The first single off of Hard to Swallow “Hypocrite” brings Westwick’s mixed melody and screaming vocals to the front of this chugging track which also features impressive drum fills by Herring keying in on point from beginning to end. There is a real energy surrounding this track, its dark and equipped to kick an ass or two!

“Phase” brings a slight pace change with emotive talking vocals throughout the verses. With locked in rhythm “Phase” gets the head and neck moving automatically, it’s short and to the point. “Guilt” following a similar pace and length, with interesting effects and samples included “Guilt” becomes unhinged and end by falling apart in a theatrical sense.

Track five “Donny Narco” features gut rumbling low tuned intensity with a splashes of mathematical time signatures by Gracie, Lee and McClung. “Was it the drugs of the pain of another day?” is belted out with gusto and plenty of emotion, Westwick’s vocals on “Donny Narco” are filled with good amounts of conviction and heart. The finger has clearly been pointed at someone or a group of people on this track. It’s gritty as hell!!

“Done” adds the hardcore element to Hard to Swallow the verses and breakdowns are an all-out riot on the ear holes, when the beats per minute heighten on “Done” the energy reaches its peak on this EP! Circle pits a guarantee on this track!

Final track “Need You Pt.2” is the second installment/ continuation of the track “Need You” on BLKLST’s first release 11/11. A building journey of desperation is felt on “Need You Pt.2” keeping the listeners attention locked in on every word and note projected forward by the five piece, this being a quality factor the final moments of the Hard to Swallow EP.

Hardcore and Nu-metal has a strong beating heart and BLKLST are connected to it in a big way!

PrevPrevious.CITY OF THIEVES ‘Beast Reality’
Next.TROPHY EYES and Dear Seattle at The Tivoli, Brisbane on 11/10/18Next